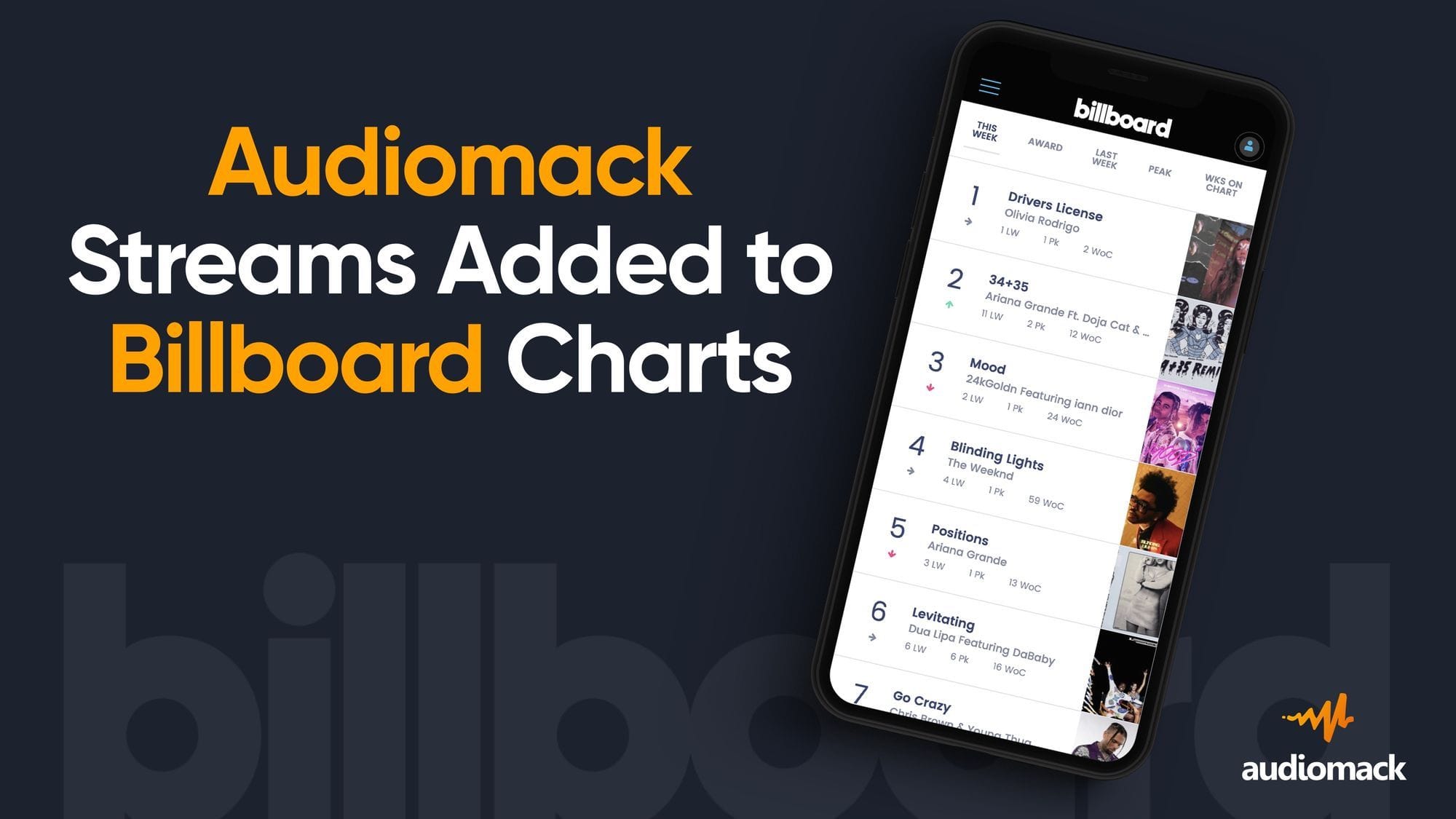 Audiomack is proud to announce that beginning the tracking week of January 22 through January 28, its US data now informs the Billboard Hot 100, Billboard 200, Artist 100, and Billboard Global 200 charts, as well as all other Billboard U.S. and global charts that include streaming data.

More than a quarter of a billion US plays, representing streams from Audiomack’s subscription tier as well as logged-in streams from its ad-supported tier, with streams from each tier weighted appropriately, will factor into MRC Data (Nielsen SoundScan) sales calculations, influence Billboard chart positions, and contribute toward Gold, Platinum, and Diamond certifications by the RIAA.

“Audiomack serves a unique listener base that is distinct from the audiences found on competing platforms,” said Vanessa Wilkins, Audiomack’s Director of Music & Data Partnerships. “In contributing to the most iconic music charts, Audiomack will now certify the achievements of countless artists whose previous success has never been represented fairly and accurately.”

Brian Zisook, Audiomack co-founder and its VP of Content Operations & Artist Services, added: “The true impact of young artists who make music appealing to a young audience or a lower-income demographic has never before been fully realized on the charts. With 92 percent of our audience under 34 in the US, excitedly, that is now going to change.”

This announcement comes on the heels of Rolling Stone adding Audiomack streams to their charts, which offer an in-the-moment view of the biggest songs, albums, and artists.