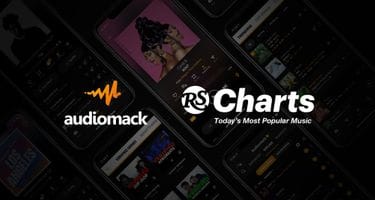 Audiomack streams will now be included in Rolling Stone's Charts!

The Rolling Stone Charts showcase a live look at what artists, songs, and albums are hot right now. The addition of Audiomack streams gives music fans the most accurate view of the biggest music of the moment, and artists the recognition their milestones deserve.

“The music industry is moving faster than ever. New artists are using social music platforms like Audiomack to go from relatively unknown to international superstars in a matter of weeks,” Audiomack Co-Founder and CEO Dave Macli said in a statement. “Music charts must continue to evolve to properly reflect where fans are listening, and our partnership with Rolling Stone ensures that artists on Audiomack will be recognized for their achievements.”

Inclusion in the Rolling Stone Charts is the latest in a series of major steps for Audiomack helping artists move music forward. We look forward to seeing our creator community reach crazy milestones from our platform and beyond.