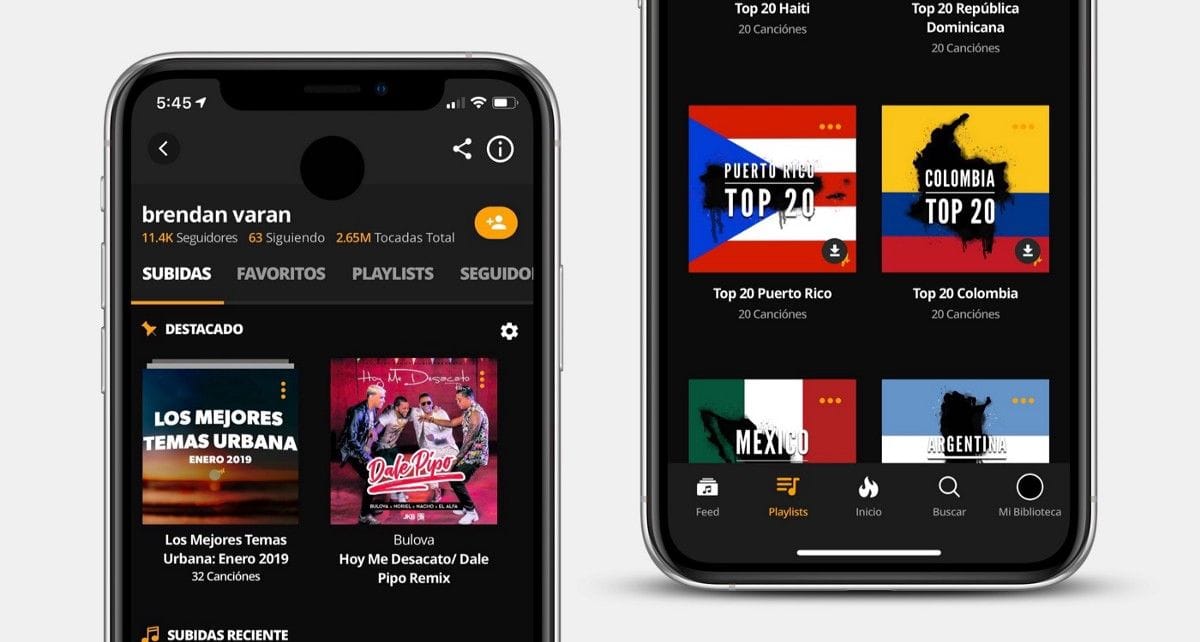 Introducing Audiomack Latin and a new update that completely translates the Audiomack app into Spanish.

Today, Audiomack is proud to announce the release of 4.3, the latest version of the platform’s industry-leading mobile app. The free, limitless music sharing and discovery platform for artists, tastemakers, labels, and fans is now available completely in Spanish.

Spanish language localization arrives alongside an extensive push toward building and supporting the Latin community on Audiomack, which also includes the naming of Maximo “Max Escobar” Souffrain Jr. to a newly created role of Director of Marketing and Latin Strategy, an unprecedented on-the-ground marketing campaign in the Dominican Republic that includes a promotional tour and conference, and the launch of a new Latin video series, Prende La Cabina.

Latin music and culture are driving global culture at large. It’s the fastest-growing music genre in the world, and Audiomack’s statistics reinforce that notion. Latin is the second-biggest genre following hip-hop/rap on the platform, which has seen a 597% increase in Latin subscribers over the last year. Audiomack understands that it has a special community on its platform, one that does not exist on other streaming services, and the goal is to nurture that community through Latin accessibility, artist empowerment, organic content creation, and direct interfacing with creators, tastemakers, labels, and fans.

“Our goal is to empower young artists across the globe to express their creativity through music, and provide a platform for them to do that, for free,” says David Ponte, Audiomack’s co-founder and CMO.

Audiomack’s Spanish language localization makes music discovery easier than ever for the over 400 million listeners throughout the Americas, Spain, and Africa that speak Spanish.

For artists, this means sharing your music with millions of non-English-speaking listeners across the globe, expanding your fan base and increasing your streams.

For fans, this means discovering new music in a whole new way. Find and listen to your favorite Latin artists, without the hassle of translation.

Spanish language localization is one component of the launch of Audiomack Latin, Audiomack’s hub for Latin music, content, and culture.

Audiomack Latin will house original content and initiatives focusing on Latin artists both emerging and established, including: