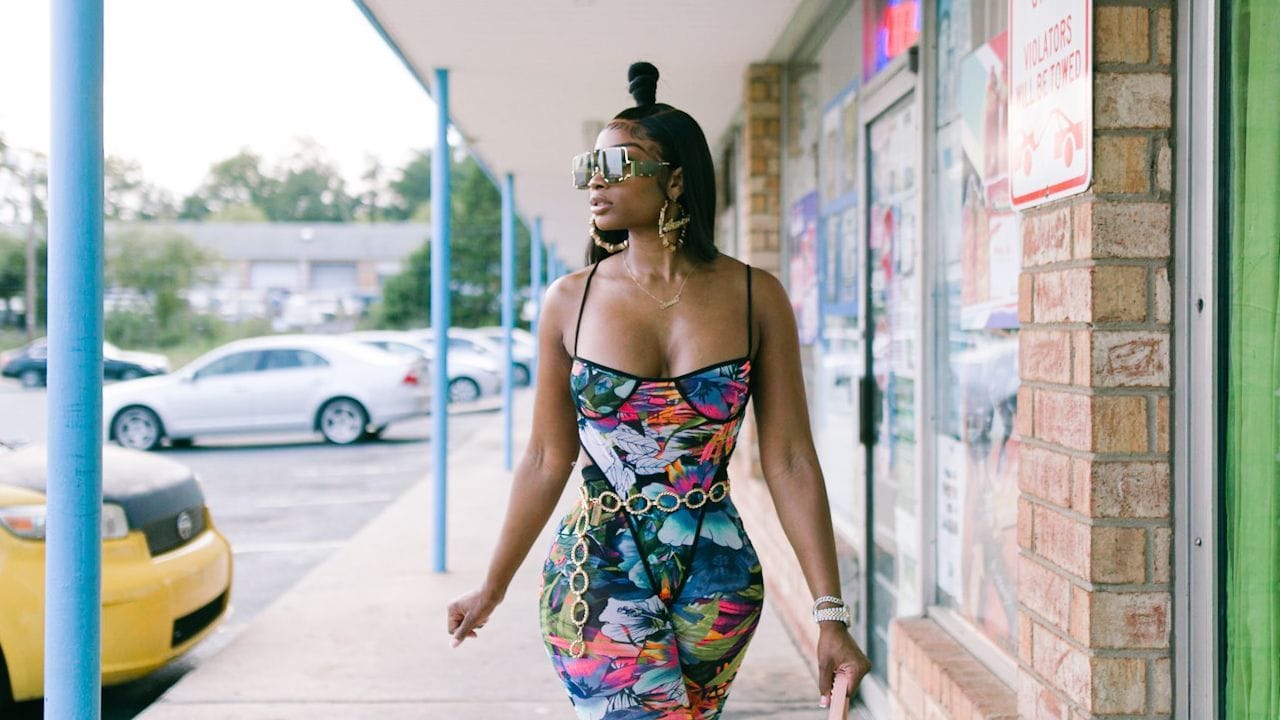 In loving memory of DJ Shay.

Buffalo rappers are cut from a different cloth. Just look at Griselda Records’ self-described “First Lady,” Armani Caesar. Armani’s at-times husky vocal and her blend of grime and swagger make her a force within hip-hop. She has undeniable star power on a single like “Yum Yum” and can take a DJ Premier beat to the grave on “Simply Done” with fellow Griselda member Benny The Butcher. Armani wouldn’t sound out of place on a posse cut from the Golden Age, and she wouldn’t sound out of place on a “WAP” Ladies’ Night remix, either.

There is no box to hold Armani Caesar—she does not fit into the constricting molds men have established for women in hip-hop. She is omnipotent and everlasting. She is Armani Caesar, and her only category is Power.

On Friday, September 18, Armani Caesar debuts on Griselda with THE LIZ, a full-length album boasting a host of hard-hitting songs introducing the wider hip-hop world to an artist who has been hustling for years. Since 2009’s Bath & Body Work, she has been steadily building up her name for damn near a decade. Armani Caesar is neither an overnight success nor someone leeching off the Griselda name. She’s earned her stripes and regardless of her association with Westside Gunn et al., Armani’s moment is on the horizon. It merely helps to be in good company with people who understand the craft of rapping.

THE LIZ is a brisk listen with stacked standouts. “Simply Done” is but one of two Benny The Butcher collaborations, the first of which, titled “Drill-A-Rama,” features a sterling moment of interplay between their boasts that will satisfy hip-hop heads across generations.

Armani Caesar is not simply one to watch—she’s one to root for ‘til the bright and sunny end.

What song or album made you want to rap?

I was young and my mom was young, and she had the Hardcore album by Lil’ Kim. She would play that over and over and over again. Our house was the house where people would come over and play Spades. My mom used to have regular kickbacks with her friends, and she was always blasting music. Biggie, Kim, and throw a little house in there. My whole family was big on music, so I was always around it. Around five or six years old, I got [into] Missy Elliott, and I thought that was the coolest shit ever! 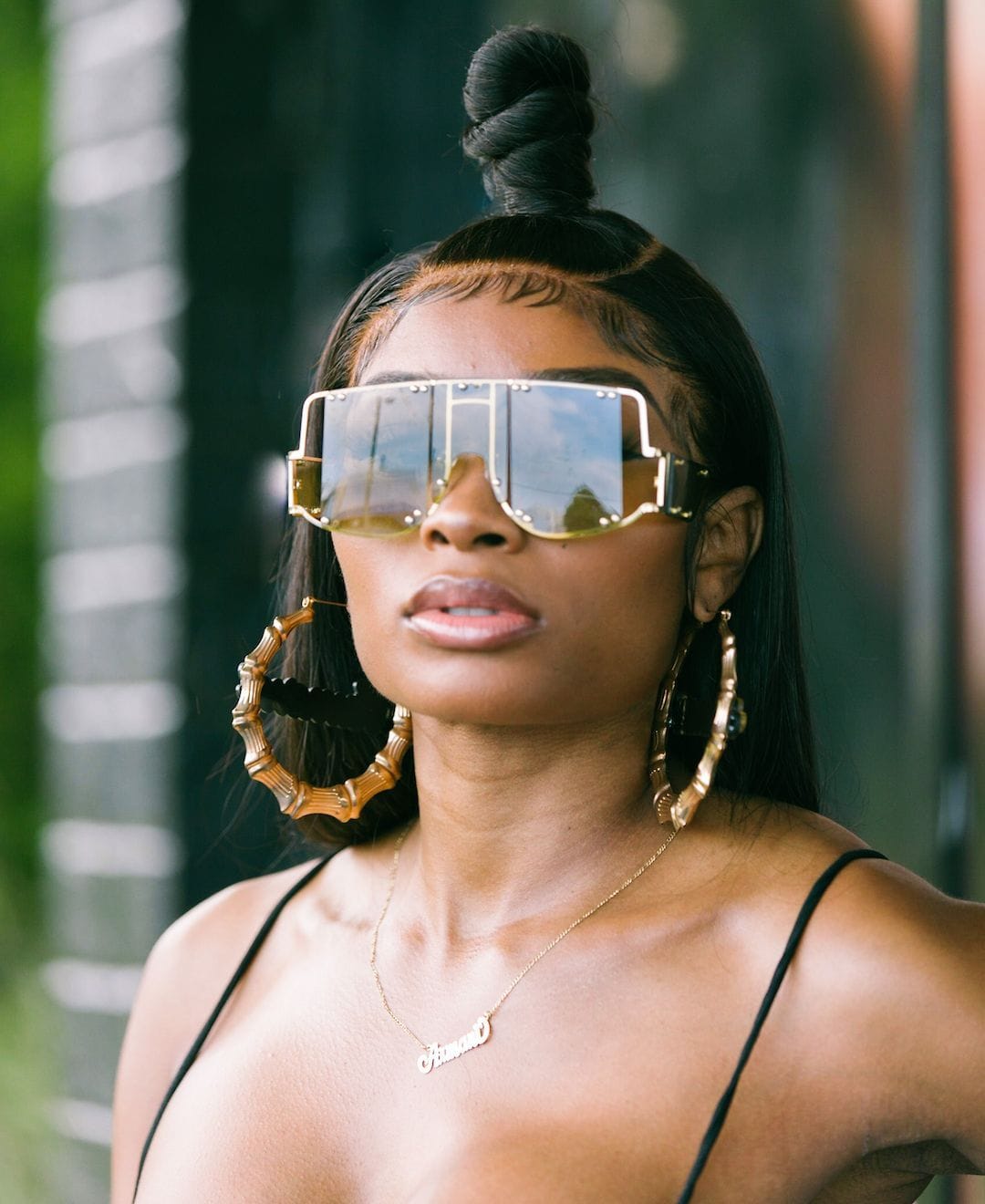 Besides you, who was your first fan?

I went to a performing arts school, and I had a boy named Zeke, who used to be in my art class every first period. I started writing raps my first year of high school, and I would always see him in first period. He used to be like, “Whatchu got? Spit something!” He expected to hear something every single day! [Laughs]. He supported me and bigged me up before I had gotten to the studio.

Oh, my God! Fighting girls and [laughs], it was a mess. I think I still have my old rap books. I don’t ever wanna give them away.

For real! That’s exactly what it is. I was used to having journals at first because I was an only child. Most of the time, I was by myself, and I always would journal. After, it turned into writing raps and listening to instrumentals! I used to download them off LimeWire, and then rap along!

How did you link with Griselda, and how does it feel to be the First Lady of the label?

I went to the city, Buff City Studios, that’s where Shay had all his artists. I saw a flyer to book some studio time, so I went there to inquire about it. Benny [The Butcher] was writing to this song in the studio.

I was waiting for a minute, so I ended up spitting something to the beat, and somebody heard me. They were like, “Lemme hear it!” So, I spit it again. They pulled Benny over and they were like, “Yo, listen to her! She’s mad nice.” Then Shay comes out and I spit for him—at the time they had this one girl, and they were like, “Oh, she’s got to go!” “This girl [Armani Caesar], she spits! Gotta be the First Lady.”

Long story short, I ended up putting together my first mixtape called Bath And Body Work. It has Conway [The Machine] and Benny on there.

Everyone would come to Buff City to record. Being in that group and us being on songs together, I knew I had to push my pen as a female because I was surrounded by so many great lyricists. If I wanted to make it on a song, I had to go hard. I would just write the illest, craziest shit I could think of and spit it. I perfected my pen there, and [Griselda] was always there. [They were] mentors and my big brothers. I ended up moving to North Carolina to go to school. We always kept in touch, and [Westside Gunn] hit me about working, “I need a First Lady for Griselda. It wouldn’t be right to choose anybody but you.” 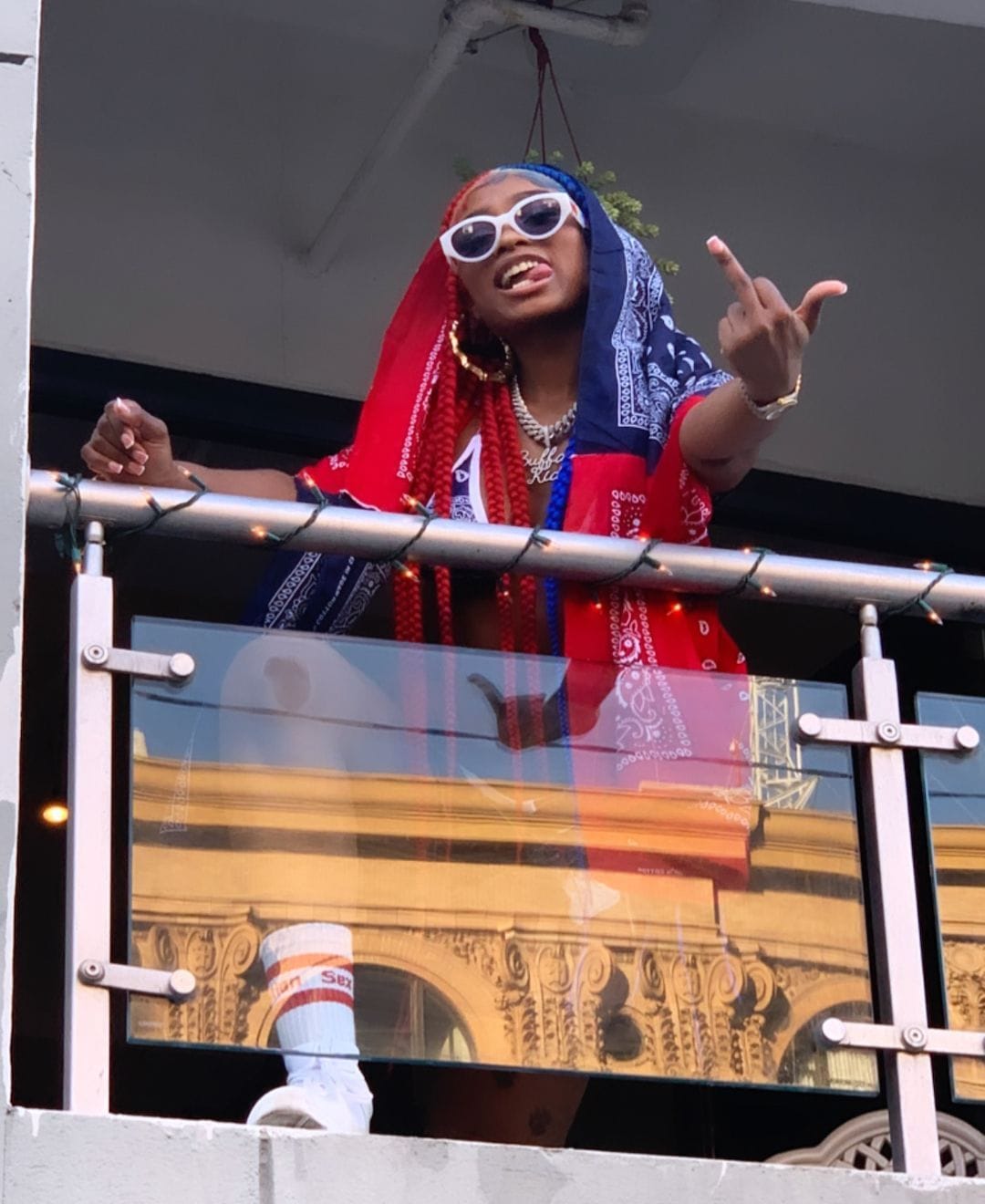 Your debut for the label, THE LIZ, is the perfect blend of grime and flyness. How did you settle on the direction for your debut?

Everything was a surprise. I went down to Atlanta for a week and I recorded all of those songs. It was the week after the [travel] ban was lifted a little bit. We recorded at Westside’s studio, and I pretty much did everything in three, four days. He gave me a beat like, “I wanna hear what you gonna do on this, no pressure.” I didn’t know it was a Preemo beat until I got done! Benny laid his verse and said, “I’m gonna send this back to Preemo so he can go crazy on the scratches.” I’m like, “What!? You’re gonna send this to who?”

With this being my first project… Coming into it, my sound was like [THE LIZ], but I grew up rapping on those grimy, hard beats. It wasn’t until I moved to the South that I changed my sound, because that’s what I was around. I had it in me to do that kind of music, so it was not hard or unfamiliar, but [Gunn] didn’t wanna put any pressure on me.

Are you ready to be the star this album has the potential to make you?

I’ve been working for this for my whole adult life. The things I didn’t think people would go crazy over, the “Lil Cease” record… I had been spitting like that, but because I didn’t have the platform, to get the praise I’m getting now? It’s the same bars, the same thing I’ve always been giving. It’s different hearing a couple claps from people in the studio and now thousands of people on Instagram and Twitter. They didn’t expect me to be as nice when they heard me! I feel like I’m ready. I’m not ready for people to be in my business [laughs].

We recently lost Buffalo legend, DJ Shay. I wanted to give you space to share your favorite story or memory, or advice, from Shay.

With Shay, it was always, “Go hard,” and he gave me the confidence to move in a way I wasn’t scared to move like that bitch. I was young when I came around all of them at Buff City. I was insecure and unsure of myself, but he just always let it be known, “This my lil’ mama. Watch out! She gon’ outrap most of you n****s, if not all of y’all.” I was his Buff City Diva. I was his handbag addict. I appreciate him giving me that battery in my back. I just want to thank him for birthing Armani Caesar.