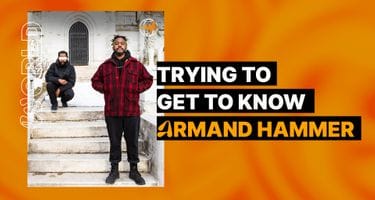 billy woods and ELUCID are vital musicians. Their meditations on the political, personal, and absurd make them two of the most important rappers and thinkers of the New York underground. Students of punk and James Baldwin alike, woods and ELUCID come together as Armand Hammer in what feels like a form of public service—their winding music burning itself into the collective consciousness. The two prolific artists have their own incredible solo careers to speak of, but together they form the definitive duo running this guttural rap shit.

Their sixth project, the puncturing and harrowingly melodic Haram, is entirely produced by the venerable Alchemist and stands as another entry in the question-answer saga of their catalog. Every Armand Hammer album probes at the human condition, sparking curiosity to discover the meanings woods and ELUCID bake into their at times knotty and always hilarious work. Yet, they have no desire to flirt with uncovering those meanings for the listener. Where art is seen as a communal exchange—hip-hop especially—Armand Hammer is in community with giving and letting go. In the past, the duo has described themselves as a “hippo,” in jest, but also because they command space with an oddly plodding grace.

Back in 2017, billy woods released a joint album with producer Blockhead entitled Known Unknowns. On it, he spits with great fervor: “Y’all don’t know woods like that.” Now, with profiles in GQ and other glossy pubs, and work with a GRAMMY-nominated titan of production (Uncle Al, of course), the great question for Armand Hammer lies in their being known—and if that differs at all from being understood. If you ask the guys, though, there is no aching desire for either. As ELUCID says: “It’s never been about people’s expectations—it’s always about me.” 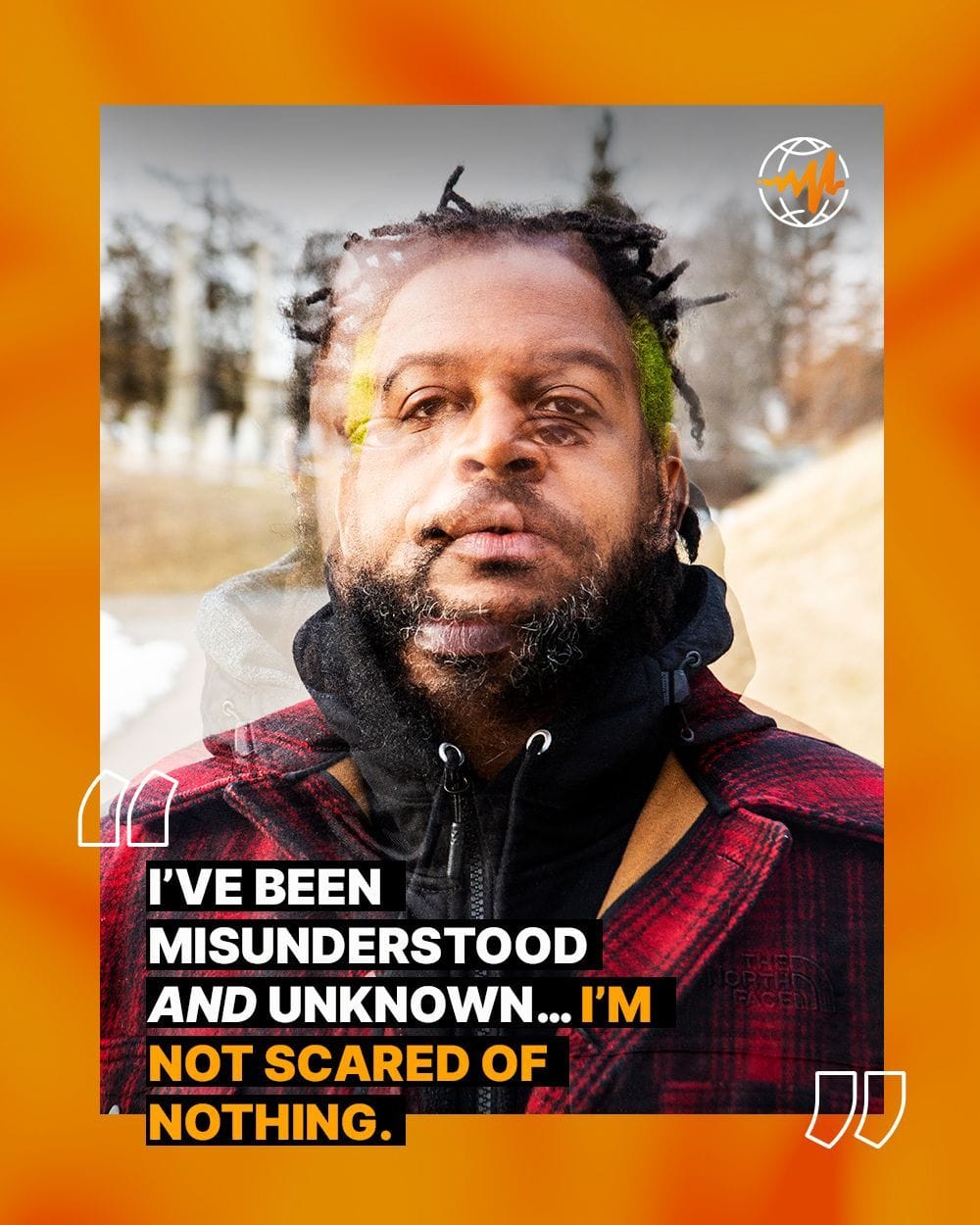 Let’s start with Haram’s timeline. From the first beat sent from Al to final vocals being laid down, what are we looking at in terms of dates?

ELUCID: The first session had to be April or May 2019 before I went on tour in June. “Stonefruit” was one of those songs in that first session.

woods: This is crazy, but the first beats were sent in January 2019. Now that I’m actually looking at this, we sent… Yo! I’ve been telling a false history of this the whole thing. We did “Concurrent” and “Squeegee.” I thought we did all four at the same time. We did “Concurrent,” which is partially “Aubergine,” we did those two songs on February 19, 2019.

When did things wrap up? Last lyrics recorded.

woods: I’d be tempted to say the last thing we recorded was probably “Chicharonnes.” I’ve got Quelle sending me the finished version of “Chicharonnes” on September 14, 2020. That would be the last thing, because, to be honest, we had a different tracklist we were wrestling with. Then [Quelle] sent that, and a couple things all got bumped. I was like, whatever has to go, has to go. The same thing happened with “Wishing Bad,” and once that ELUCID closing verse came in… “Alright, something else has to go.”

There’s a moment here, “Scaffolds,” where woods flows in almost the exact same way as this two-second blip on “War Stories” off Shrines. Any relationship between those songs?

woods: “War Stories,” I think, is a more aggressive cadence. This is not discounting what you’re saying, but in my mind, I hear “Scaffolds” as more sing-songy and resigned. But you might be hearing something.

Then there’s the line about the latkes on “Aubergine…”

ELUCID: It’s such a flex!

Was there any worry you were being too funny for Armand Hammer?

woods: If you know me and hang out with me, I think lots of things are funny. The thing you’re asking about, I never thought about changing it. That’s something that really happened. If we know each other and go to restaurants and stuff, I tend to get free things. We’ve been somewhere where we just got served up something nice. There was a place I used to go to, and one time, they sent out some latkes. They weren’t on the menu, or whatever. Alchemist was amused.

ELUCID: It was such a flex, especially in a pandemic, where no one can go to a restaurant. 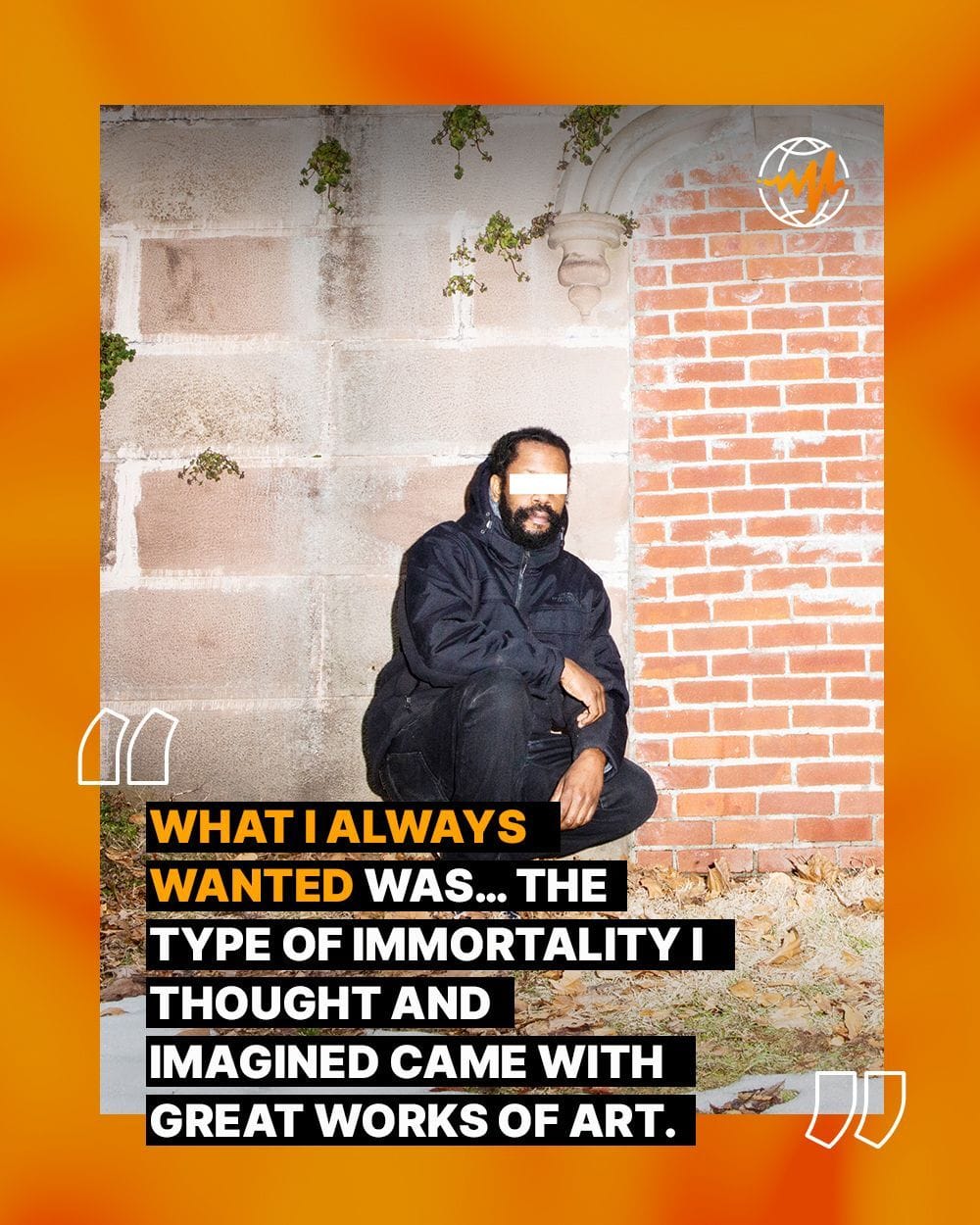 With your prolific natures, are you all constantly in a mode of trying to outdo yourselves as artists?

ELUCID: It’s rare I’m thinking about the last thing when working on the new thing. It’s such a relief to move on to the next one. As someone recently pointed out to me, that might be a problem. Sometimes, I may not even sit with the moment of “Yo! I completed something dope.” It’s cool to sit down and relish it, but I haven’t gotten to that part yet. Always onto the next.

woods: That’s why we’re a good group because we fill in the places where the other person [lacks]. When I do something, I’m like, “The next thing’s gotta be better, different, something.” One of the good things about Armand Hammer is the ability to do that without it just being me. People call me prolific, and I get it, but I’ve had three collaborations since I did those solo albums, and they’re different by their very nature. It’s less stressful. If I had to do Hiding Places, Terror Management, and then I had to do another solo album, that would’ve been a nightmare.

ELUCID: It’s rare that we would do the same thing twice.

woods: You do that naturally! I’m saying, for me, I am consciously giving myself too hard of a time. “Alright, what now?” But with collaborative projects, it’s easier.

I want to bring us back to 2017, and woods’ Known Unknowns. The lyrical themes of being unknown, the bar “I am not who I pretend to be,” it feels very much like wandering in your own self. But on Haram, ELUCID raps about being found, even as a wanderer. Musically, have you both found yourselves?

woods: ELUCID was never lost! I know the guy. You got the wrong person on that one. That would be my answer.

ELUCID: I be wandering. I have moments of uncertainty…

ELUCID: The act of writing is, for me, a kind of wandering. I don’t sit down with ideas to write about. I think about a bunch of different shit, and I might have an interesting phrase pop in. It’s always a very… “I don’t know what I’m doing,” kind of feeling. Once I start to build, I feel like I accomplished something.

I also love woods’ incredulous “Y’all don’t know woods like that!” from Known Unknowns. And, of course, woods hides his face. Yet, working with Alchemist, there’s a new spotlight on you both. How do you manage that dichotomy?

woods: That’s a question that hasn’t been answered yet. It’s a good one, but attempting to answer it right now might seem a bit glib. We’ll see… You’re right; the album you’re talking about is an allegory about the possibility of knowing yourself or another person and the hiding of yourself. So, we’ll see how it goes. I know how I want it to go.

How known do you both want to be? Especially considering being known and being understood often do not overlap?

ELUCID: Huh. I’ve been misunderstood and unknown. So, I guess I’m not scared of nothing.

woods: As a child, what I always wanted was what I got from the artists in the household I grew up in: literary or ideological immortality. The type of immortality I thought and imagined came with great works of art. My whole life, that’s what I wanted to do—be like somebody like James Baldwin. To some extent, I’ve pushed a lot of my life towards doing that. At the same time, I think I inherited something from my mother where I just don’t like the spotlight. It’s an odd dichotomy. I don’t know where those two things reconcile each other.