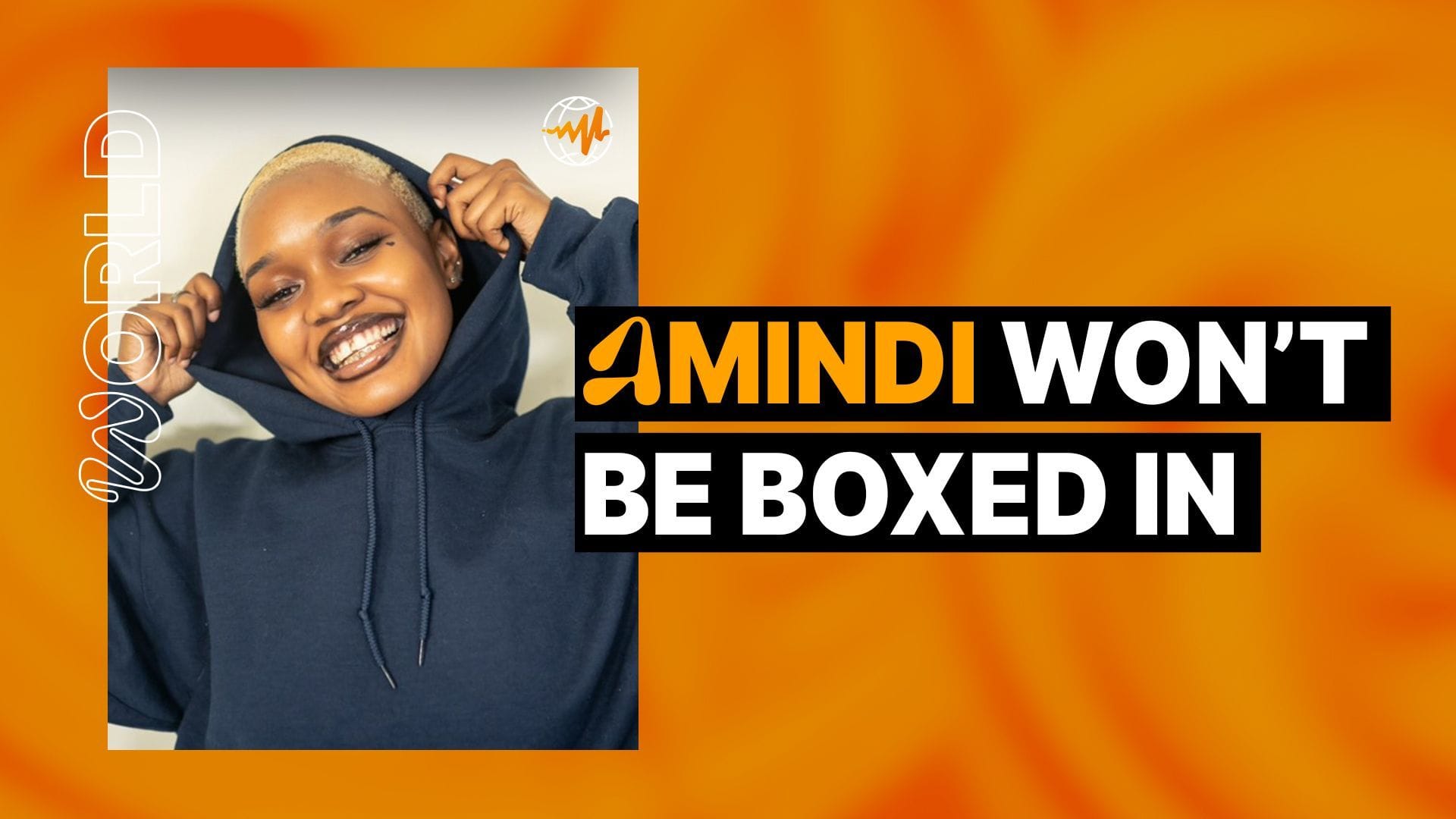 Amindi knows how to make a feel-good tune. The singer and rapper, who blends her Jamaican roots with her LA-based upbringing, injects the soft light of a beach sunset into her music. From the runaway success of “Pine & Ginger” in 2017 to her 2020 demo, minztape, to today’s debut EP Nice, Amindi basks in the joy of self-love overtop glimmering production. At one point on Nice, she even takes herself on a date, playing up the coyness of an early romance to campy success. It’s top-tier self-care.

Following the release of “Pine & Ginger,” Amindi felt herself at a crossroads and took time to discover how to create space for herself to explore all her influences, not just her affinity for dancehall. Inspired by alternative rock, alternative R&B, and her songwriter father, Amindi’s musical footprint stretches back to songs released when she was 16, but her latest material is the truest sense of her wandering spirit.

“I felt like I was being tested,” Amindi says of her 2017 success. “‘Am I going to become what these people [want] and make art that is forced, or am I gonna stay true to myself, even if I’m not sure what music I want to make?’ When I was 17, I knew I didn’t want to be boxed in as a one-dimensional artist. I think I passed the test for myself because I didn’t fold or fumble. I was allowing myself to be a human being and make a decision for myself and take time to figure out who I am.”

With Nice, Amindi has found herself—for now. She attests that she’ll continue growing, exploring her influences, and holding space for her perpetual state of becoming. In the meantime, Nice is the most Amindi work to date, a playground of lithe instrumentation and cheeky bars that shy away from being corny, because, according to Amindi, she’s got that little voice in her head that’s always ready to scream: “Girl, that’s not it!” 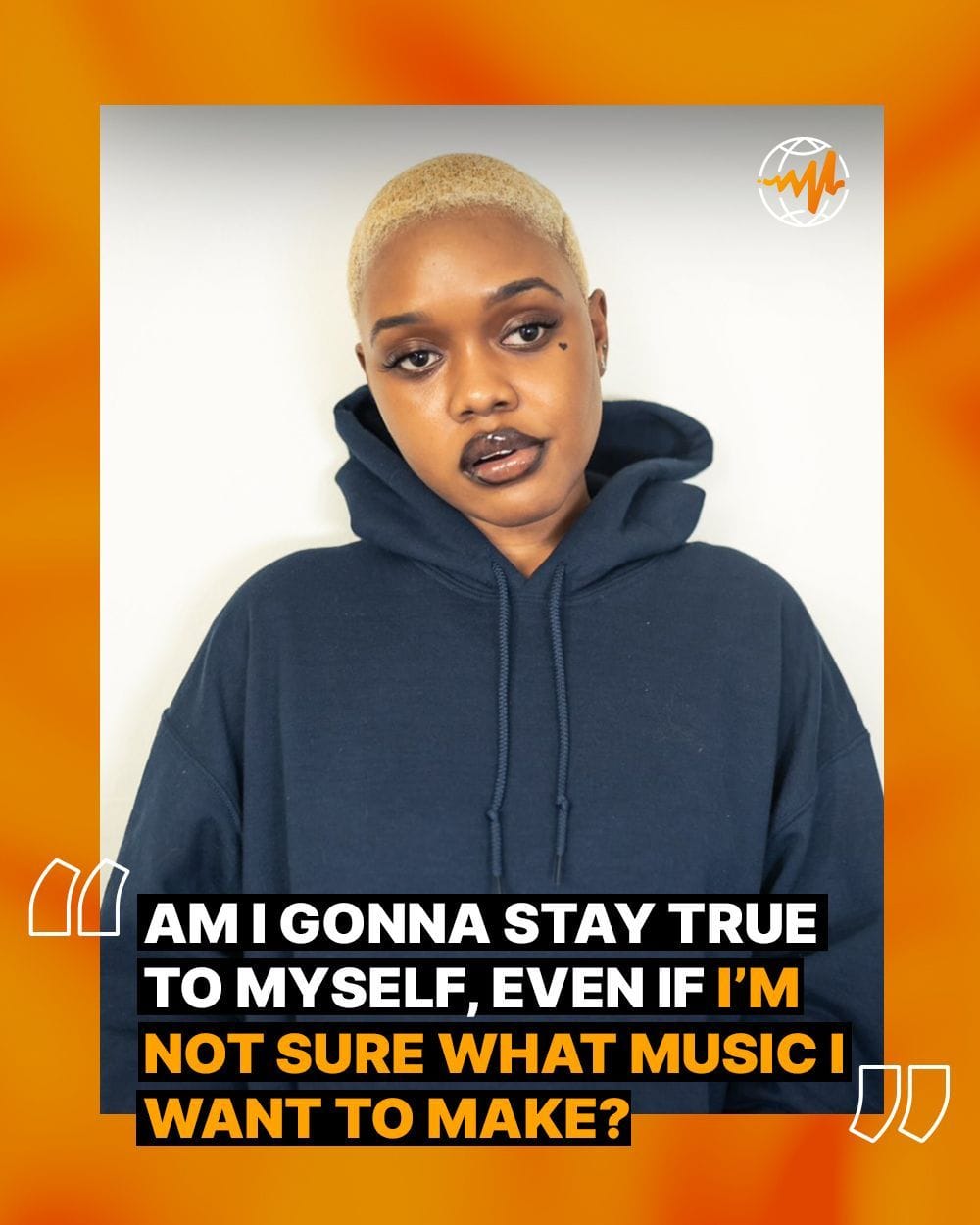 Take me to the moment you discovered you could sing.

I was always singing around the house. My dad’s a songwriter, too. In fourth grade, I decided I couldn’t sing—I started rapping then.

In eighth grade, I took ukulele lessons, and doing that, I realized I can’t rap and play ukulele, so I started singing then. I was posting covers on YouTube and thought, “Maybe I do have a great voice.”

In an era where success feels at once more accessible than ever, and still impossible to achieve, why pursue music?

I was good at school, but I didn’t enjoy it. I love art and making music. As soon as I realized I could make a living doing something I was good at and enjoyed doing, that was it for me. I’ve never wanted to be anything else. When I was little, I was like, “I love Hannah Montana,” and in my own way, I am my own Hannah Montana.

What does it mean to be Amindi?

Just having the space to do whatever I want is genuine to me. I love dancehall music, but I don’t want to feel like I have to make a dancehall hit. I love alternative rock music, and alternative R&B, and rap music. I just want space to dabble in all of those fields and still be myself.

In 2020, you released minztape, which is billed as more of a demo situation than the proper debut, which is out today. What did you learn from the making and release of minztape?

All those songs were uploaded before, so that’s why it wasn’t packaged as a [debut]. Before I started the new chapter of my life, which is this right here, it was, “Let me get those songs out.” Because I love those songs. It’s hard to say what I learned, because those songs… I made one in 2016, before “Pine & Ginger.”

Is it weird to know the old songs are part of people’s lives forever?

I think I’ve had my growth be documented, and I don’t think it’s weird. It’s sweet, and kind of crazy. I’m going to keep growing, making music, and looking back. 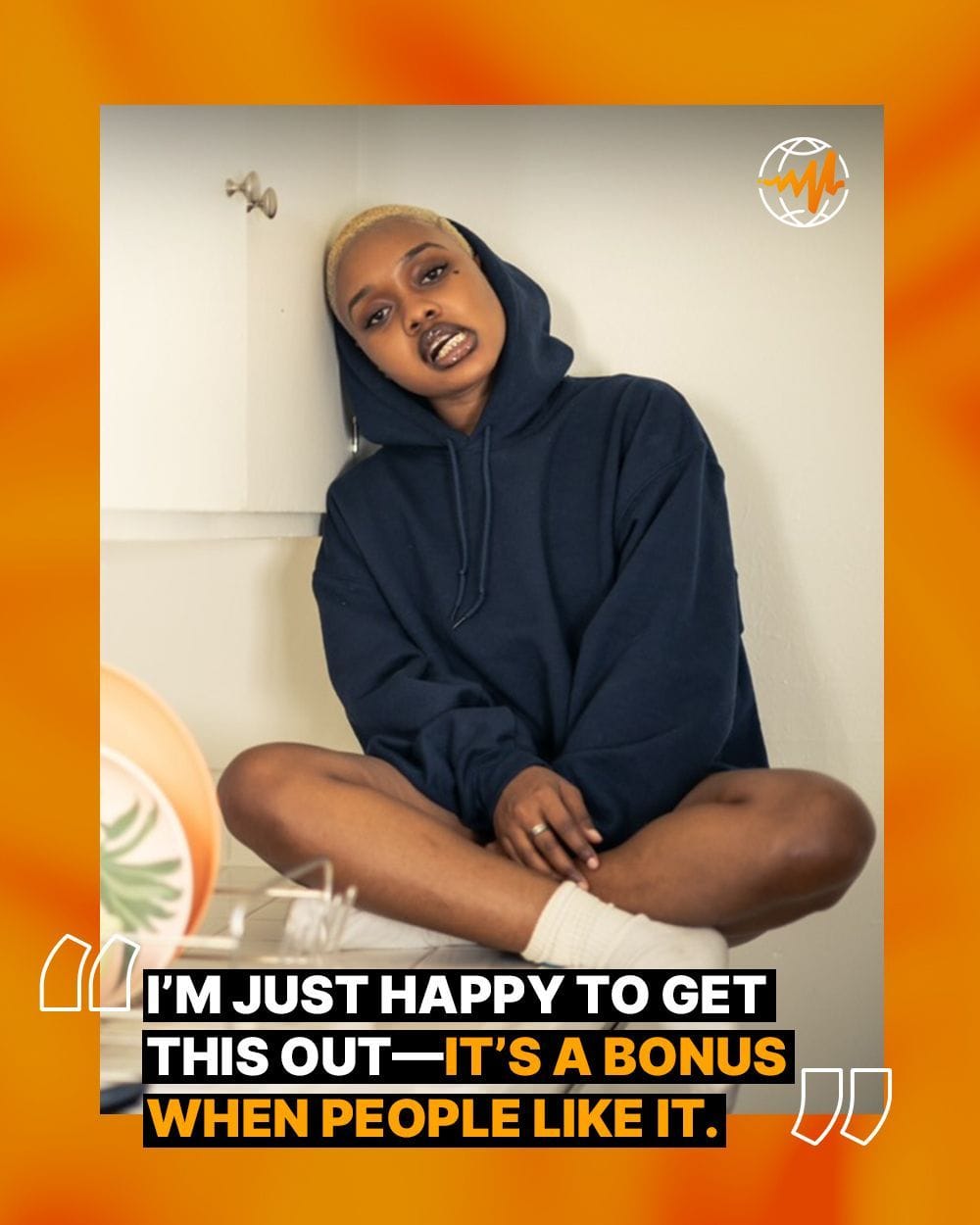 “Debut” is a big word. How does it feel to have the Nice EP completed and ready to ship?

I feel like the most me on this new music. I feel very connected to this music. Obviously, that’s always the intention. I’m excited for people to be reintroduced to me and fuck with me on any level. I’m excited to be received.

Is there any fear with releasing music that’s so you?

I’ve always felt like whoever it will touch, it will touch. Not everything is for everybody. I don’t take that personally—I mostly make [music] for me. I’m just happy to get this out—it’s a bonus when people like it.

Your music is a great balance of fun, cheekiness, and slow-burning hit quality. How do you make such vibrant music without being corny?

I teeter the corny line a lot. I think, though, there’s a filter in my brain where every time I’m about to write a corny line, something in my brain just stops me. “Girl, that’s not it!” It’s a block in my brain, and she’s like, “No!”

What is an Amindi fan doing the first time they listen to the EP?

I hope that it’s somebody that’s never heard of me before and just has a completely clean slate of me and what I’ve done before, and gives me an honest shot. They like every song, and then they relate to a couple songs, “This is something I’ve felt but haven’t been able to verbalize before!” They go on to share my music and try to get their friends to listen.