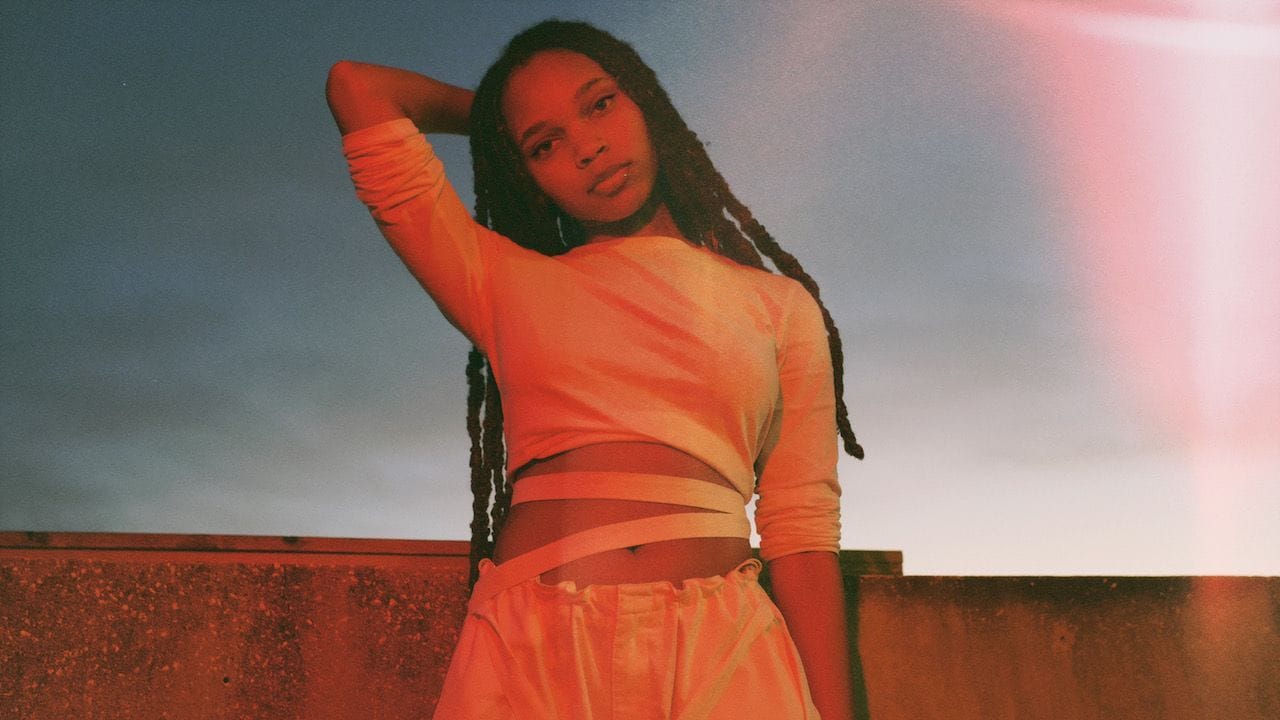 For Amaria, music is a visual experience. The 20-year-old R&B singer is a videographer by trade, and sometimes, she says, the ideas for her music videos come to her even before she’s finished writing her songs. Her vibey tracks play out in a soft haze, channeling the sinewy, late-night smoothness of Sade through the vast, psychedelic thump of modernist alternative R&B. Her visuals match that sound with an aesthetic that’s every bit as distinct. With their faded fidelity and intimate close-ups, her videos for “Roses” and “Think About It” look like lonesome, VHS video dating profiles unearthed from an attic and broadcast to the cosmos.

Amaria credits her experience behind the camera as her gateway into music. After moving from Dallas to Tampa, she fell in with a circle of musicians, and it was through filming their projects that she realized how few barriers there were to recording her own songs. “I saw that you can do it all yourself,” she says. “I feel like people that aren’t in music think you need a whole studio, you need like all this stuff, when really you just need your computer, a mic, and internet.”

She’s still new to this, Amaria admits—her first single dropped just a year ago, and her first EP won’t come out until later this spring—but she says her visual eye has given her a leg up as she climbs R&B playlists. “I always talk about how important the visual part of music is,” she says. “Not a lot of musicians take it seriously, but I feel that’s what grabs people. And so I always made that my priority.” 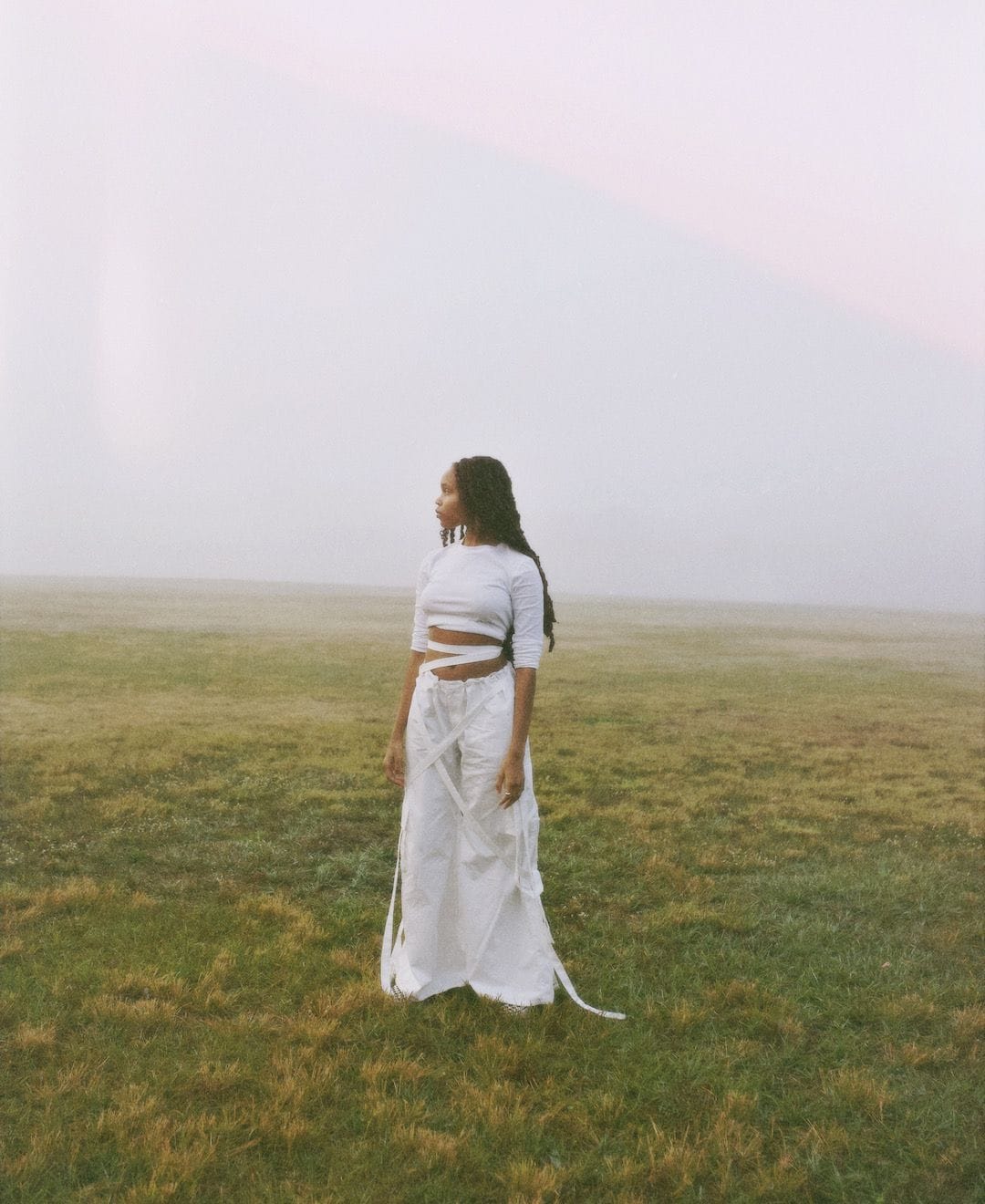 You’re wearing an Iron Maiden T-shirt right now. Do you feel like your music reflects the full spectrum of your tastes, or is it more of a curated slice?

It’s just sort of like a curated slice because I’ve had so many phases. Like last week I was going through a Queen phase. It varies, because I’m inspired by old and modern R&B, but then I also have a whole side that loves psychedelic rock and indie rock, indie pop, all this stuff. So it’s a whole spectrum. I love Broadway. It’s all over the place.

Where did your taste in R&B come from?

Just growing up in my household, it was a given I was going to be obsessed with R&B. And then just exploring playlists, I found more underground artists I liked. It gave me more appreciation for that side, rather than going toward like an indie, bedroom pop-ish lane. I kind of steered more towards the R&B side because it just hits a certain place.

You’ve got a pronounced live band feel to most of your tracks.

I’ve always loved going to concerts. That’s my favorite part about music. The live feel is what I feel brings music to life. So I always try to incorporate some element that makes it more than just a beat, you know—maybe like in the drums and the baseline. I feel like it makes the song come more alive.

You’re not all that far removed from your teenage years, and yet you’re sharing really personal songs. I think sometimes young artists wonder, “Will I still stand by this in five, 10 years?” You’re at an age where your tastes can still change so much...

It’s funny you say that, because whenever I make a song, I have a moment where I’m like, “Will I hate this in like three years? Will I cringe looking back on this?” And it makes me alter what I’m doing. So, yeah, that’s very true.

How do you balance that? On one hand, you want to put out music that’s true to what you’re going through, but on the other hand, nobody wants to put their teen journals out in the public domain forever.

Yeah. It’s a little hard. It’s tricky, but I’m documenting a point in my life right now. So it is what it is. If I cringe on it, that’s what my life is right now, so I can’t be mad. 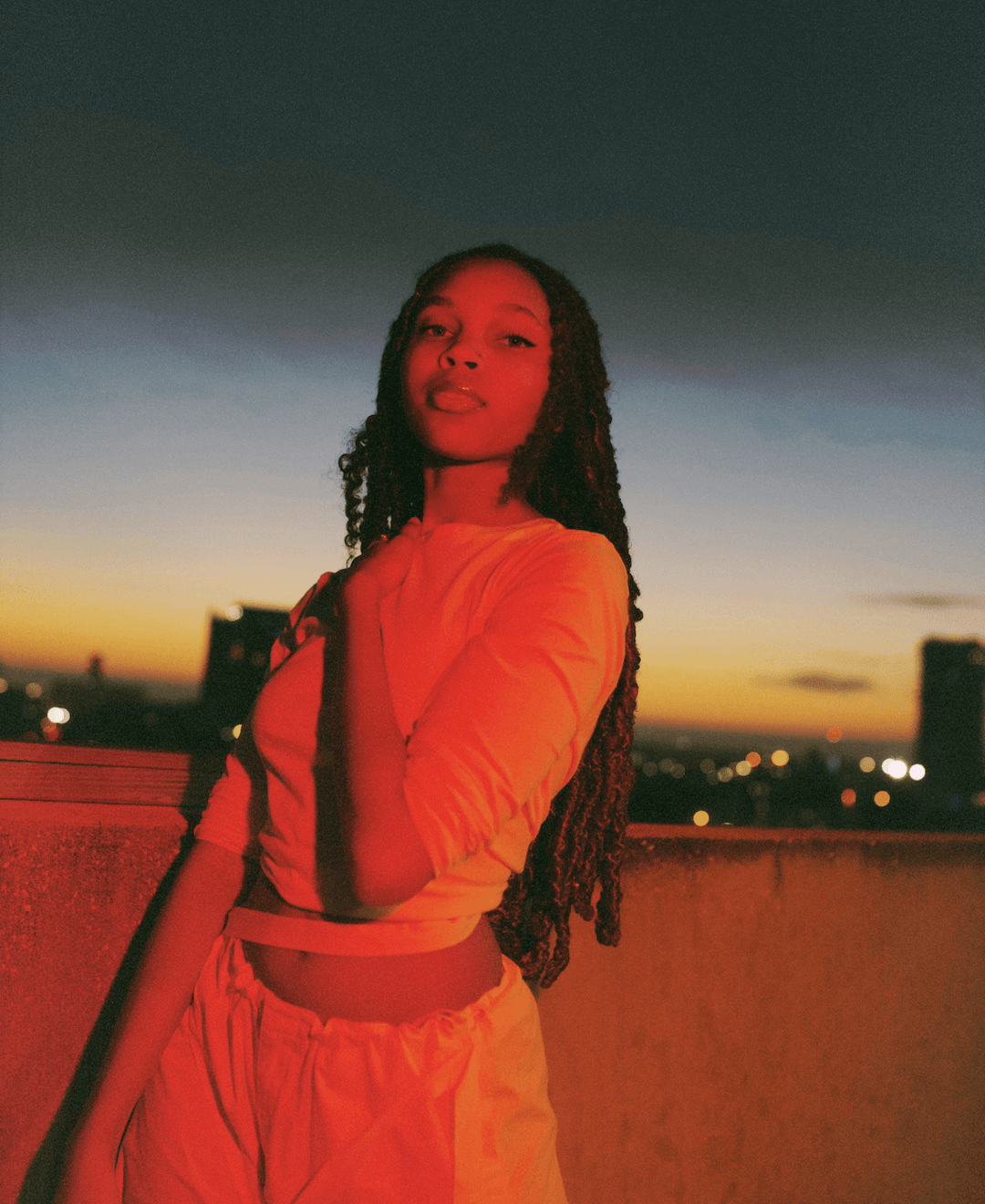 What was the story behind your latest single, “Think About It”?

“Think About It” is about me having the power. It’s kind of based on just having a relationship, but you’re the one that—how do I say this? You’re the one in power, and you know that you’re worth more. So it’s like, “I need to think about if I should even be spending my time messing with you.” It’s a long story, but that’s kind of it.

Is it hard sharing personal songs like that, knowing that people are going to scrutinize the lyrics?

No, because I want people to find something they relate to. I want someone to be like, “I know exactly what you mean, and I’m going to sing this because I’m going through the same thing.” So I find joy knowing I’m sharing my personal life, but people can have something to sing along with, knowing that it hits them, too.

How has the pandemic changed the way you’ve worked?

It honestly didn’t change anything. It was kind of exactly what I needed because I was, and I still am, a full-time student and working. But now I get to do it from home, so I don’t have to leave every day. So it really, really gave me the space and time to just sit down, write some songs, produce everything. Of course, it was a tragic year, but I’ve taken advantage of it the most I could. So nothing changed. I’m just sad I haven’t gotten to do anything live, but that will come.

I’m having a hard time imagining what your live show would be like. Your music has so much space to it, and so much emphasis on vocal inflections and vibes. I’m wondering if you risk losing some of the nuances live?

You mention that word, spaciness, and when I think of that, I think of when I saw Tame Impala live. Kevin Parker’s voice is super spacey. It’s just all about the psychedelic-ness. It’s such a different vibe for a concert. He has a full band, and it’s crazy and powerful, but his voice just sits right on top. It brings everything all together. And I think that my vocals, when paired with a full-on band, are just really good. I do question what my shows will be like, but I know it’ll be nice.