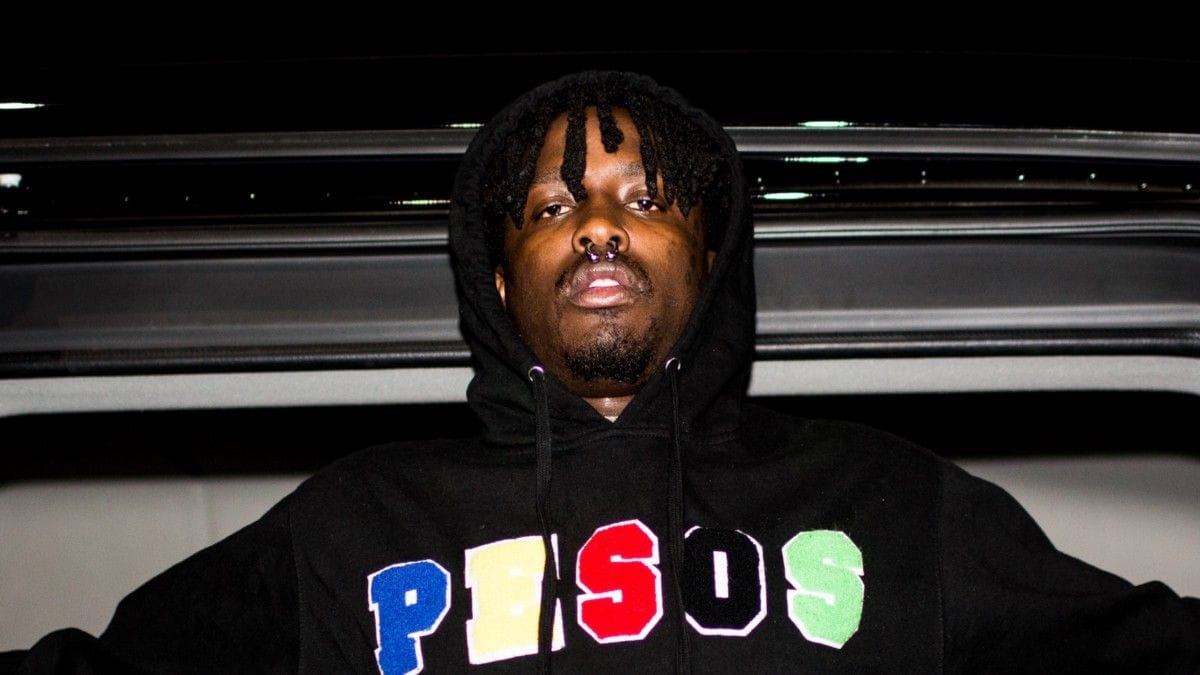 Oakland’s best new rapper is ready for the world’s attention.

ALLBLACK embodies the streets of Oakland. Having blown up off his breakout 2017 single “Canadian Goose,” the 26-year-old recently wrapped up his first headlining tour, his debut television appearance (which he describes as a regular day at work), an explosive remix with G-Eazy, Blueface, and YG (“West Coast”), and a joint project with producer and good friend Kenny Beats called 2 Minute Drills.

These accomplishments are spearheaded by ALLBLACK’s tagline and brand #TY4FWM, a.k.a. “Thank You For Fuckin’ With Me.” The line expresses the rapper’s humility and genuine appreciation for his fans. ALLBLACK represents the hustle, the grind, the come-up, and the support for his people that defines his Oakland home. Most of all, though, he makes it a point not to forget anyone who has supported him along the way.

From humble beginnings, the man born D’Andre Sams got his start in music as a hype man for Berkeley’s own Kossisko (formerly known as 100s). The experience of tour life led to ALLBLACK discovering his own talents in the studio and the realization that he had one hell of a story to tell. Rap wasn’t just a hobby or an aspiring career, it was his outlet to highlight the struggle and his reality of growing up in the hood.

Seeing family members hooked on drugs was one thing, but having the opportunity to provide for his family through slanging was another. ALLBLACK quickly fell victim to and became a product of his environment. Growing up on the intersection of 22nd Avenue and Foothill, down the street from International Blvd., a notorious prostitution hub, he began pimping at a very young age.

It took seven years before he caught a charge, but the eventual jail stint turned out to be a blessing in disguise as he decided behind bars to fully commit to rapping. Fast forward to 2019 and he’s locked in the gym (studio), sippin’ Patronnessy (a combination of Hennessy and Patron), and consistently feeding his fans with new music.

Audiomack caught up with ALLBLACK ahead of his sold-out show at The Roxy in Los Angeles to discuss the origin of #TY4FWM, friendship with Kenny Beats and G-Eazy, life back home in Oakland, and pimping in his past life.

Audiomack: You say you don’t care about selling records, you just want to tell your story. What is your story? 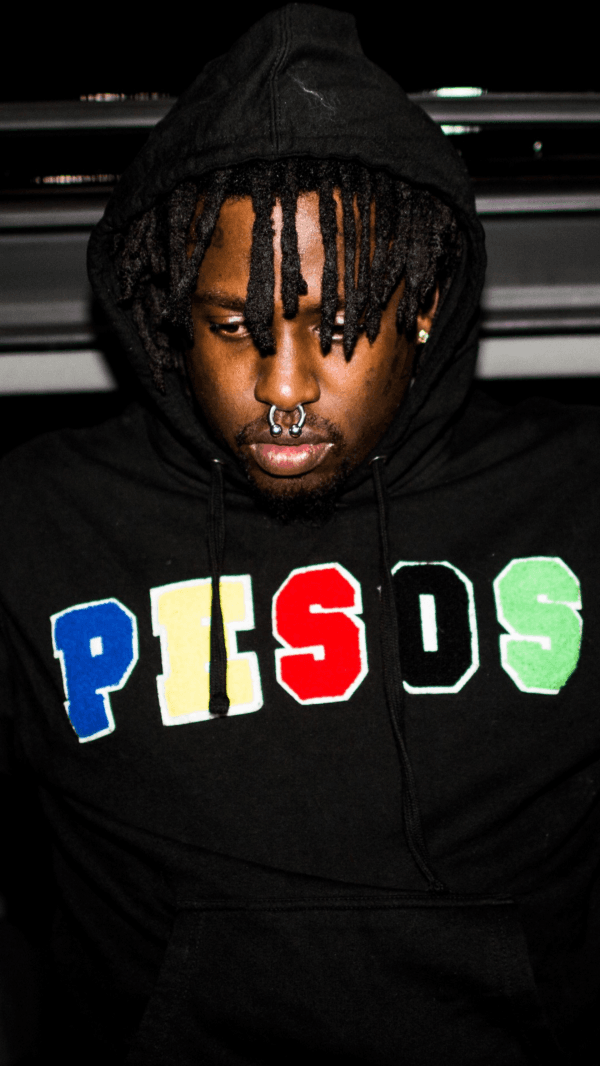 ALLBLACK: It’s just my diary. It’s me expressing myself. Instead of going outside, putting my hands on somebody, squeezing the trigger, or getting tricked off the streets, I put my emotions on the beat. Instead of beating up them n****s, I beat up the dice. The dice is the beat.

Was it hard to walk away from that?

It still is. It’s an everyday battle. But when you got great people around you and great energy, you smell, breathe, and see positive.

Can you bring us back to the origin of your #TY4FWM (Thank You For Fuckin’ With Me) tag?

I was in the studio. We call it glitching when you gotta keep doing the bar over. I was in there for so long, I’m telling the engineer, “Thank you for fuckin’ with me. Thank you for having patience with me. I really appreciate it.” My mom, granddad, and grandma always taught me: nobody owes you shit. For somebody to donate their ear and have patience with you, that’s a great thing. I appreciate it. It’s so much love. How could you be angry? Nobody gotta do anything for you.

“Canadian Goose” was your breakout hit. What did that record do for your career?

It gave me the pass to be flagrant without having to explain myself. It opened a lot of doors. They said the song was timeless when I wrote it.

What were you going through at the time?

I was broke as hell. I just got out of jail, too. My cousin was like, “You wanna make a track?” We weren’t even gonna throw “Canadian Goose” on KimSon [at first]. I was like, “Alright we’ll give these n****s something.”

How long had you been rapping at that point?

I was not even taking it seriously at that time. I was running plays but wasn’t really beating up the dice like that. It was a funny thing to me at first, rapping. [I thought] that shit was for clowns. But it’s beautiful, I don’t take nothin’ from it. People are like, “I don’t fuck with these rappers, all this industry shit fake,” blah blah blah. Listen, I know bitches who are fake.

What were you locked up for?

I went down for pimping. It’s not a joke. Not pimping or pandering, not pimping minors — pimping. That was my profession. That was it, I ain’t never had a real job. I worked at an amusement park, [Six Flags] Great America…

I used to go there religiously! I lived in Sunnyvale.

I used to take the fucking BART to the light rail to [Great America]. Actually my tour manager, my big man Tubbz, he used to come up there and see me at work. When I got my first paycheck, I got hit in the dice game that same day — never went back to work.

Once I saw two weeks of work, $600, can get taken in five to 10 minutes? I’m like, “Oh no. I can’t do this.” Before I could even hold the check, it was gone. I got on the BART and went all the way to Fruitvale, got off, and walked to the hood. Kicked off the dice game and got hit. We had nothing, it was over. That’s when I knew I couldn’t do a 9-to-5. Shout out to everyone who’s got one, though. That’s love. 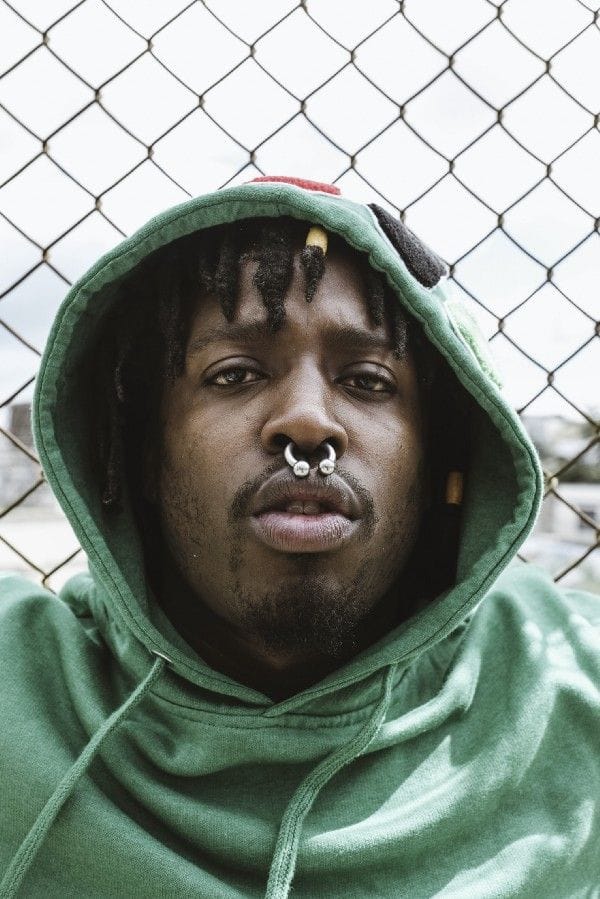 Cherish your freedom. When you get behind those walls, you just see concrete. It puts you in this wild state. You need trees and oxygen. When you’re locked up, it’s all concrete. It messes with your head. It can really fuck you up. Sometimes, a lot of people don’t bounce back. I still feel that shit. Literally, that’s what makes me wanna run so hard.

Can you talk about the reality of being a pimp?

You’ve got different notions of a pimp. You’ve got a superhero, you’ve got a character… pimping was just a job. A hustle. I used that to get to where I really wanted to be. I wasn’t kicking doors, wasn’t stripping n****s, wasn’t selling weed, none of that. All I was doing was running plays. Just like everybody else feeds their people, I was feeding mine. People look at it like, “Oh, you got a cane, you slapping bitches.” I never put my hand on a woman in my life.

Talk about your friendship with G-Eazy who gives you the biggest cosign?

That’s one of my best friends, literally. That n**** literally calls me like, “Fuck you doing? How you living? Pull up, this and that.” We don’t even be talking about music. G Money was always running plays. G Money been putting n****s on, period. He put so many people on. Even artists on before him, he brought then n****s back. Sparked them back up. He been feeding n****s. I don’t give a fuck what nobody say, G the hardest out the West. I ain’t saying that ’cause he threw me a lob, fuck all that. G the hardest out the West, period.

What was it like working with Kenny Beats for an entire EP, 2 Minute Drills?

Woah Kenny! Kenny a dog. Kenny wanted to see what the fuck it was about me. He wanted to see where this lingo came from. It was beautiful working with him, somebody so real. He can match or top your energy. He don’t need warm-ups or nothing. Kenny turned my whole energy up. He’s worked with YoungBoy, [Young] Thug, Rico Nasty, Key!, a hundred million people.

For him to go, “I don’t know what the fuck it is, I don’t know who the fuck you are, but I’m fucking with this shit. What is this about?” He didn’t stop until he found out what it was. There’s shit about me he knows that I don’t even know about myself. He really went to the Bay, and he’s from New York. We shot “John Madden 2” up in Richmond. He was there. When I had my listening party, he pulled up in Oakland! Kenny really pulls up, not giving a fuck. Tall ass white boy not tripping off shit. Turnt up, too.

It’s just me and Kenny. You can’t buy studio time with Kenny. You can’t convince him like that. He only gonna record if he fucks with your music. He doesn’t have any extra engineers in there. He makes the beat and engineers the whole sound. It’s crazy. Each bar he’s gonna do it eight times. That’s Kenny. 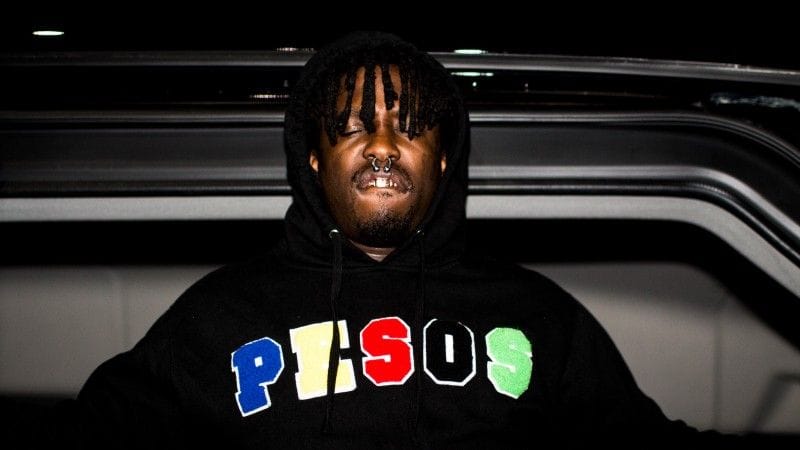 You told The FADER you’re “still trying to get better as an artist.” What does that require?

Hard work, dedication, consistency. Strengthening and believing in my team. Applying pressure. Staying in the gym; the gym is the studio. Standing out in that motherfucker, not wiping my own ass.

What’s next for ALLBLACK?