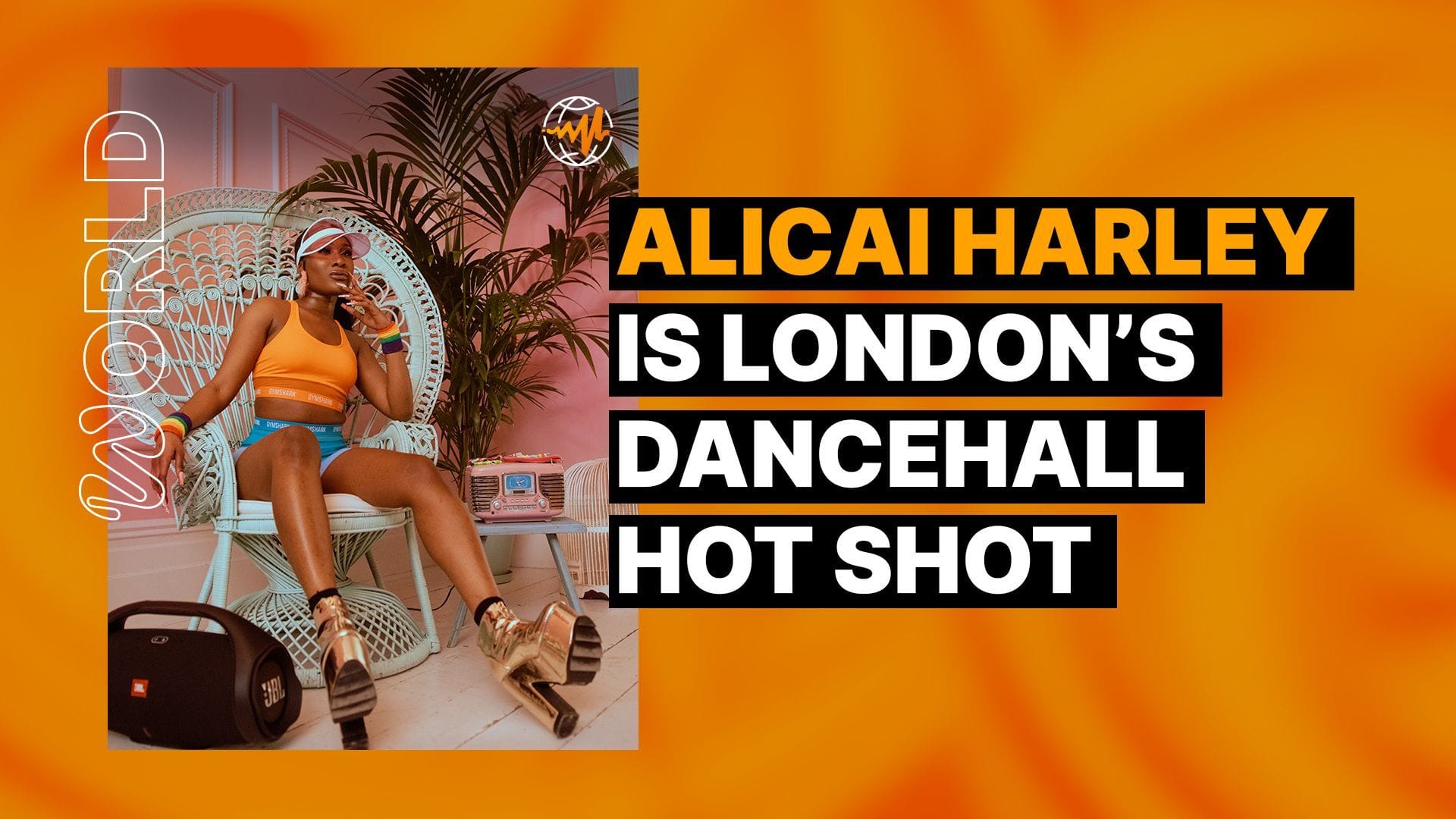 Jamaican-born and London-raised artist Alicai Harley is known as the “Hot Shot.” The singer, songwriter, and rapper epitomizes feel-good music, with a sound that blends dancehall-infused pop, R&B, and a touch of reggae. Driven by her faith, her infectious energy is a breath of fresh air.

When Alicai traveled from Kingston to South London for “a better life,” she brought with her a Jamaican spirit rooted in resilience. Her debut EP, The Red Room Intro (Yard Gyal Inna Britain), released in January, absorbs the tension that comes with growing up as an immigrant in the UK. “No matter where you come from or the circumstances, you play the cards you’ve been laid and do the best you can,” she says.

Rather than stardom, Alicai Harley wants to pave the way and destigmatize what it means to be a Jamaican immigrant. Even the EP’s cover is grounded in norm defiance—the art is inspired by Mary Hoffman’s children’s book Amazing Grace, which sees a Black schoolgirl overcome sexism and racism.

With her debut project, Alicai Harley embodies the Jamaican saying “wi likkle but wi tallawah” (we’re small but strong-willed). She’s a big wave in the tide of British women coming for the male-dominated music scene. “Female artists who have been around for a long time are getting their applause—like Bree Runway,” she says. “We’re not begging people for nothing. We’re just gonna do our thing and you’re gonna like it regardless.” 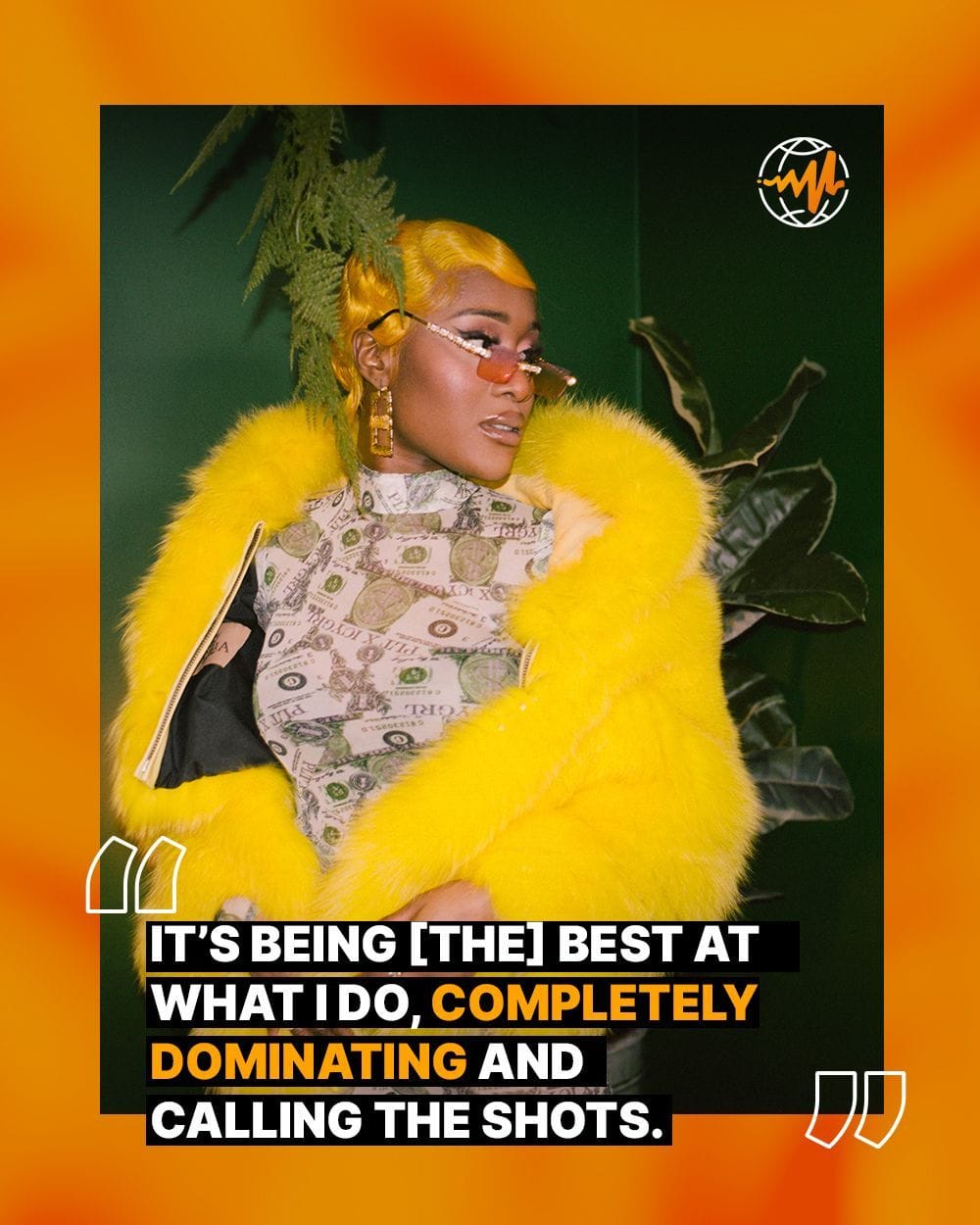 Marian Hall, formerly Lady Saw, I’ve broken down her songs word-for-word. Growing up, I connected to her on a spiritual level; she reminded me of my mum. Buju Banton is another one. I admired his tone and he knew exactly where the pockets were. I’ve picked apart his music too and try to attack my music with his precision.

You’re known as the “Hot Shot.” Where does that come from?

My best friend SSK Music first called me “Hot Shot.” We were doing open mics and I used to dress up like we were booking out arenas. One day, as I was coming down the stairs, he said, “Hot shot.” I said, “Say that again!”—that was that. You know how Missy Elliott has “Misdemeanor”? That’s what I wanted it to be. It’s being [the] best at what I do, completely dominating and calling the shots.

Yard Gyal Inna Britain is two cultures coming together. How do you balance this?

I didn’t always know how to present myself, but with time and growth, I realized the best version of me is the truest version, a Yard Gyal Inna Britain. I’m an immigrant; my mum took me from Jamaica to have a better life and I’m here making my country proud—not just Jamaica, South London too. It’s not about being a superstar but showing people there’s light at the end of the tunnel. No matter where you come from or the circumstances, you play the cards you’ve been laid and do the best you can.

You are an immigrant, but you might not feel like one because that word comes with baggage. How do we unpack that?

I like that you pinpointed that it comes with baggage because that’s the truth about my journey living in the UK. It hasn’t always been easy. The whole thing about “yardiness” played a big part in me feeling uncomfortable with the word in school—you didn’t level up to everybody else. When I say, “I’m the yard gyal inna Britain,” I’m taking back every single thing that made me feel small and showing what I’ve done with my life. 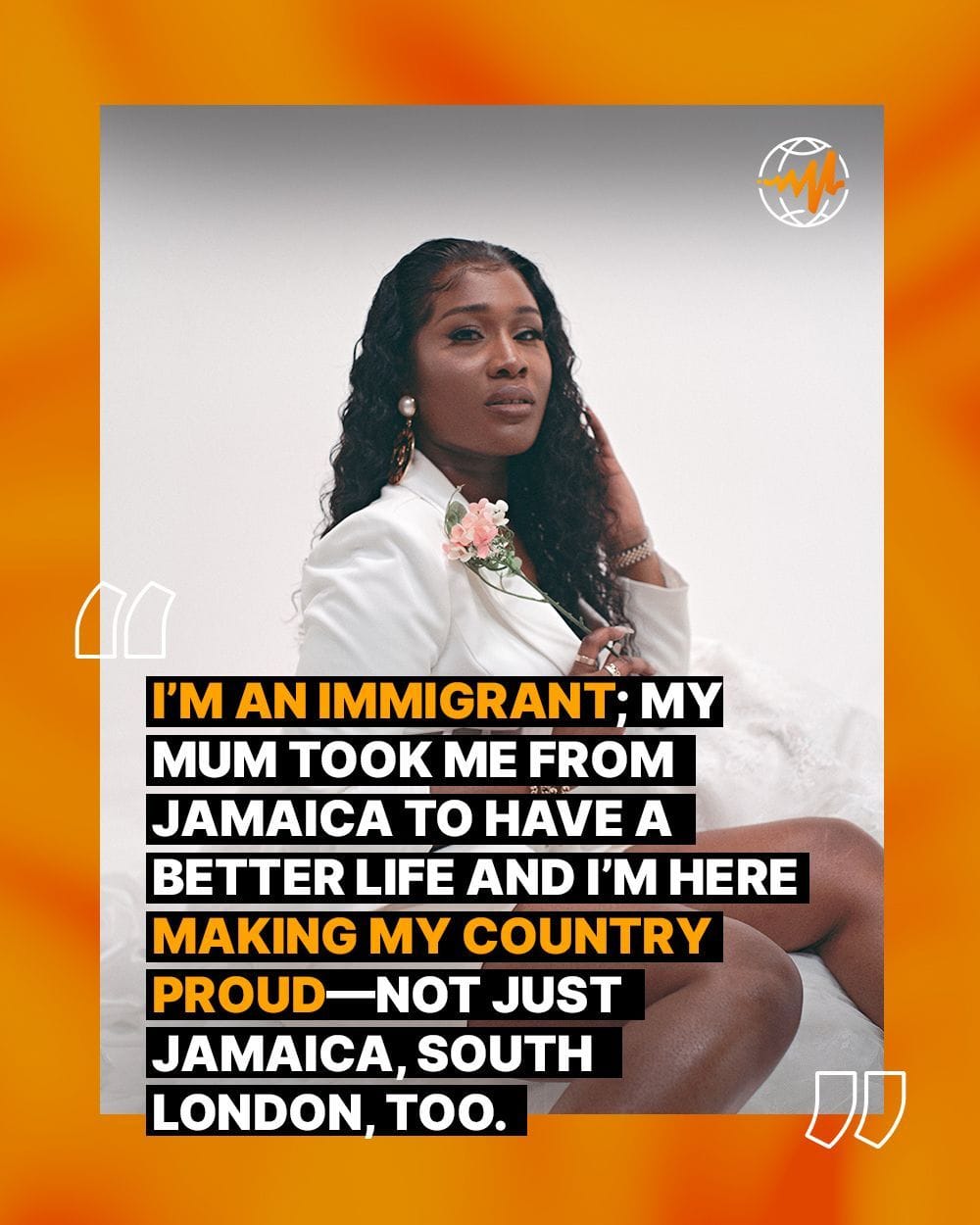 You’ve spoken before about people putting you in a box as you were coming up. What made you do both: rapping and singing?

People would say things to me when I was younger, people whose opinions you don’t need because—not in a horrible way, but in terms of music—how are you qualified to give me this information?

For the Hot Shot Tuesdays campaign, I created a song every week, “Gold” being the 10th. I wasn’t predominately rapping or singing, just whatever came out naturally. I realized those people didn’t know what they were talking about. I had these backhanded compliments and stuff, but you have to make it clear. I’m gonna do something different and tap into anything. I’m grateful I never held back and I’m never going to. I’ve touched every genre.

You bring so much color and joy to the screen. Where does it all come from?

It’s from God, from G-O-D. I need to be very clear when I say this: the light is from God. I’m just a vessel. I can be bubbly or whatever, but I go through things like everybody else, but His grace is so sufficient. It’s my purpose and I enjoy it. Sometimes I wonder if people will think I’m on some hard drugs but if they look at my track record, they’ll see I’m just flamboyant and this burst of energy—as long as it makes others happy.

I know your faith is important to you and you recently got baptized. How does your faith shape your journey?

My faith definitely has always played a big part in my career, but especially right now. I feel like God has definitely got me. I’m going to get more and more convicted. With certain stuff, I feel like that’s not what I should be doing, and no one is telling me—I’m feeling it in my spirit. Today, I might do something and tomorrow it might make me uncomfortable, meaning I’ve been convicted by the Lord. My baptism wasn’t planned but I heard the word from God. It was supposed to be and that fills my heart with joy. I’m honestly here to do the Lord’s work, so there’s power in my story and I’m excited for the journey.

Photos by Harry McCulloch (main, yellow) and Will Beach.