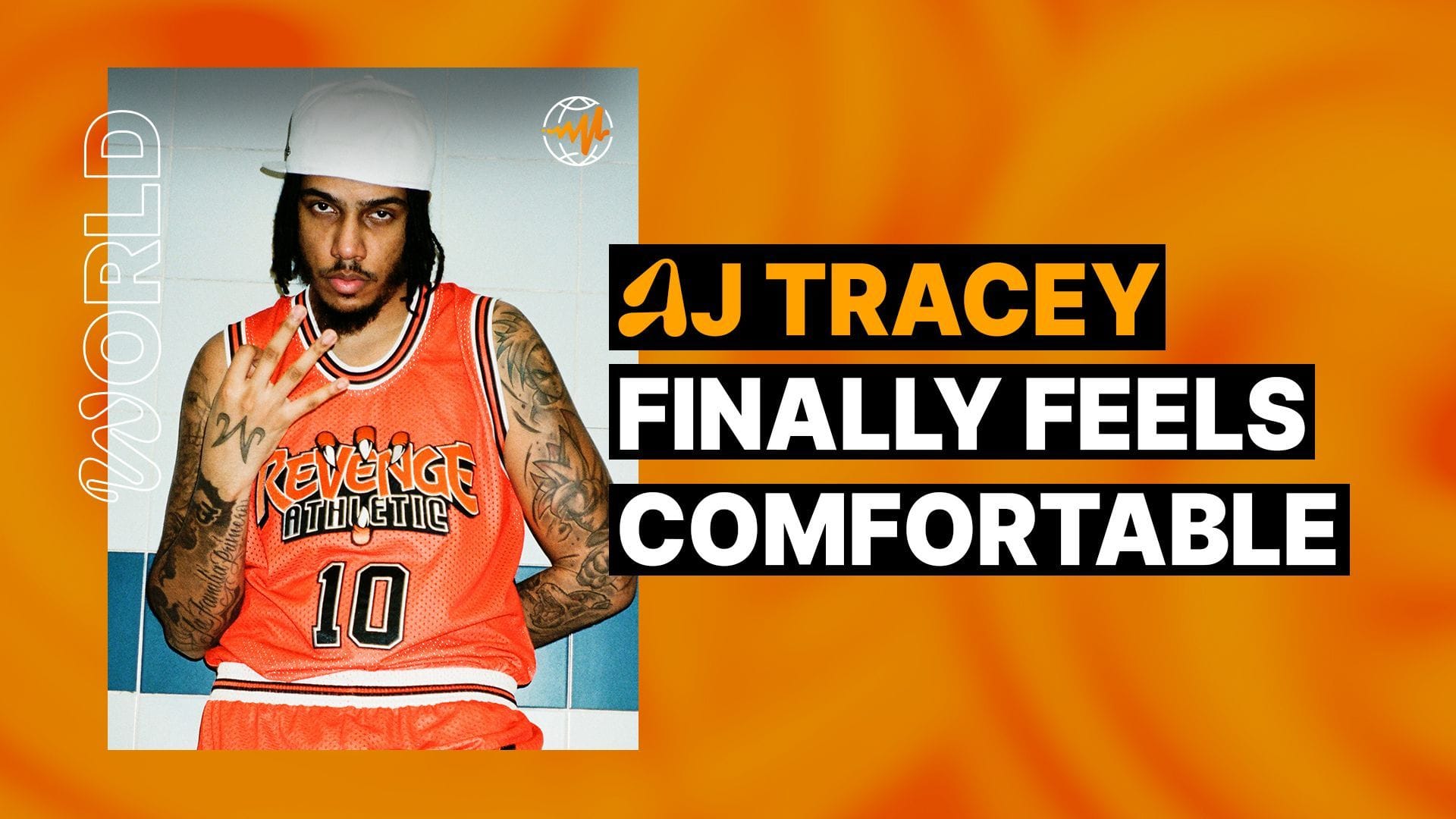 According to AJ Tracey, fame is tumultuous and an intrusion of privacy. “I hate that word: famous,” he says, a quarter of the way through our Google Meet conversation. “[Fame] is a very fickle thing for people to want. You lose your personal space, you don’t have your privacy anymore, everyone’s in your business—it just doesn’t make sense. I don’t like to label myself as famous.”

Semantics aside, the West London rapper-producer is using his notoriety to better his family’s situation. His initial goal was to buy his mother a house, and he sounds wistful as he acknowledges his dreams coming true, juxtaposing satisfaction with a yearning for more for her now.

Named Ché Wolton Grant by his mother, after the Argentine revolutionary Che Guevara, the 27-year-old has ascended beyond his childhood home of Ladbroke Grove to the pinnacle of UK rap. He rightly lists the expected Stormzy, Dave, J Hus, and Headie One as the caliber of talent he is positioned amongst in 2021. Since shedding his former moniker, Looney, he’s surpassed his peers in diversifying his palette, earning Top 5 singles in drill (“Bringing It Back”), garage (“Ladbroke Grove”), and trap (“Rain”) in the UK. As an independent artist, success demands constant work, high-quality standards, and—up until this point, at least—an underdog mentality.

Inspired by Michael Jordan, AJ Tracey’s sophomore LP Flu Game, released April 16, is a pivot toward his emotional stature. He’s more transparent, communicating more of his innermost apprehensions and balancing them with his ever-evolving ear. Like Jordan in the most turbulent circumstances, Tracey demonstrates that age, doubt, nor the industry will not halt his trajectory. “This is my first period of not being an underdog. I finally feel comfortable.” 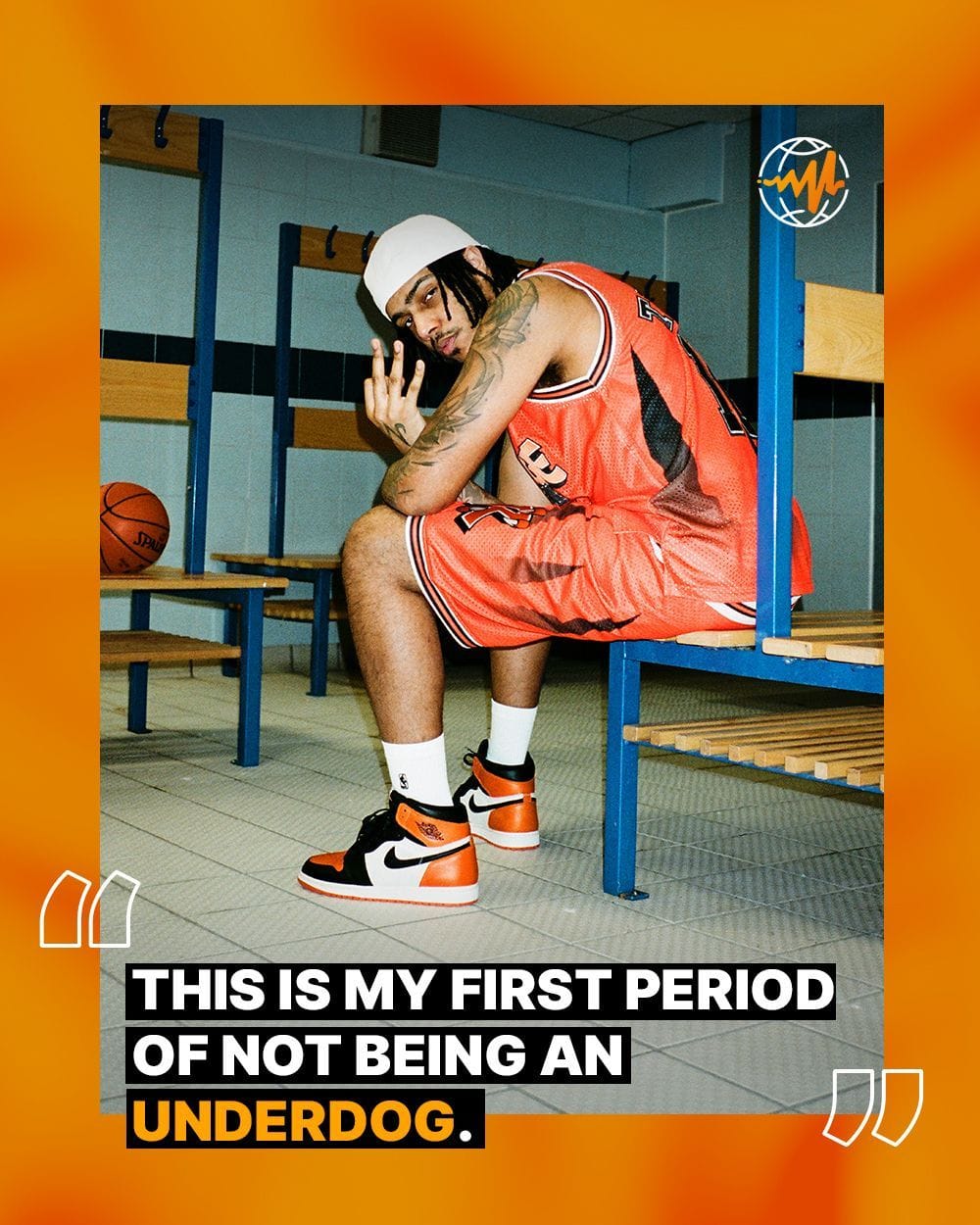 Was being an “underdog” one of the central themes of Flu Game?

I wouldn’t say I’m an underdog anymore, but I’ve always known what it feels like to be an underdog. I feel like this is the first period of my whole life, being 27, of not being an underdog. The whole vibe of the project was the pandemic, me not being allowed to see many people. A lot of the things I used to get inspiration from, I can’t now. But I thought what I could do is gain inspiration from the things already around me.

I grew up listening to DMX—rest in peace—Nas, 50 Cent—these are my idols. I said let me throw it back to what I know best: quality, sound, everything. I have live instruments in there, visuals, all of it had to be of a certain caliber. We’re in an era where things are very microwaved. I don’t work for two years on an LP for it to be done in two weeks.

Listening to Flu Game, the tracklisting seems to focus more on sonics as opposed to themes. Is this intentional, as opposed to a narrative album theme?

Basically, we split it into four quarters, like a basketball game. What I also wanted to do was give [fans] a gradient. In my whole career, when I try a new genre, for example, when I did “Butterfly” with Not3s… For me to be able to make a song like “Psych Out!” where I’m singing the whole song, people weren’t ready to hear me sing, so I had to be on a track with a singer first to transition it smoothly, otherwise [fans] won’t get it. I realized this early on in my career.

With Flu Game, the first quarter is what you’re used to from me: dark, energetic, and at some points very violent. Then I ease you from what you want from me to what you need from me. Fans don’t usually know what they need. I could’ve given you 16 drill tracks and they would’ve loved that, but that’s not what they need. The second quarter is experimental, trap, maybe US-inspired sounds. Then we have the ‘90s and 2000s bounce—this is the backbone of the album.

It finishes with songs you already know and very experimental, as in “West Ten.” Garage wasn’t a thing again until I did “Ladbroke Grove.” “Numba 9” sounds like nothing you’ve ever heard from me; it’s like cloud rap. I did it because I like throwing curveballs out there.

“Perfect Storm” depicts the police being at your door as well as class struggles. It’s coming up on the 10-year anniversary of the London riots this August. With global tensions toward the police now, what are your thoughts toward policing as an institution?

The policing thing is just nonsense. They need to restart that whole thing. They need to put it in rice and restart it. The whole system is institutionally racist; we know that to be a fact. There are some cool police officers, but the whole institution is corrupt. It doesn’t matter if you’re a nice person or a bad person because you’re under the umbrella of a bad, racist institution.

I hope that explains that for anyone who is racist and wants to nitpick and say, “You hate even the nice ones.” The nice ones are still nice people, but once you’re in that uniform, you have to comply with certain rules and regulations, which just so happen to be racist and systematically targeting Black people, which I’m one of.

There’s also a sentiment of you being against the machine on “Eurostep.” How is it navigating the music industry as an independent rapper in 2020?

I’m proud [of being independent], and I make sure people know it’s not easy. When you see me buy my mum a house or myself chains or a car, a lot of work went into that. I maybe had to work 10 times harder than [major label acts] because I didn’t have a big machine pushing me or cheating for me—I’m not saying they all do it, but some definitely do it. I have to do everything on my own merit, and sometimes to the public, it may look like I’m falling short. It’s not about falling short; it’s me honestly doing this with no one’s help. 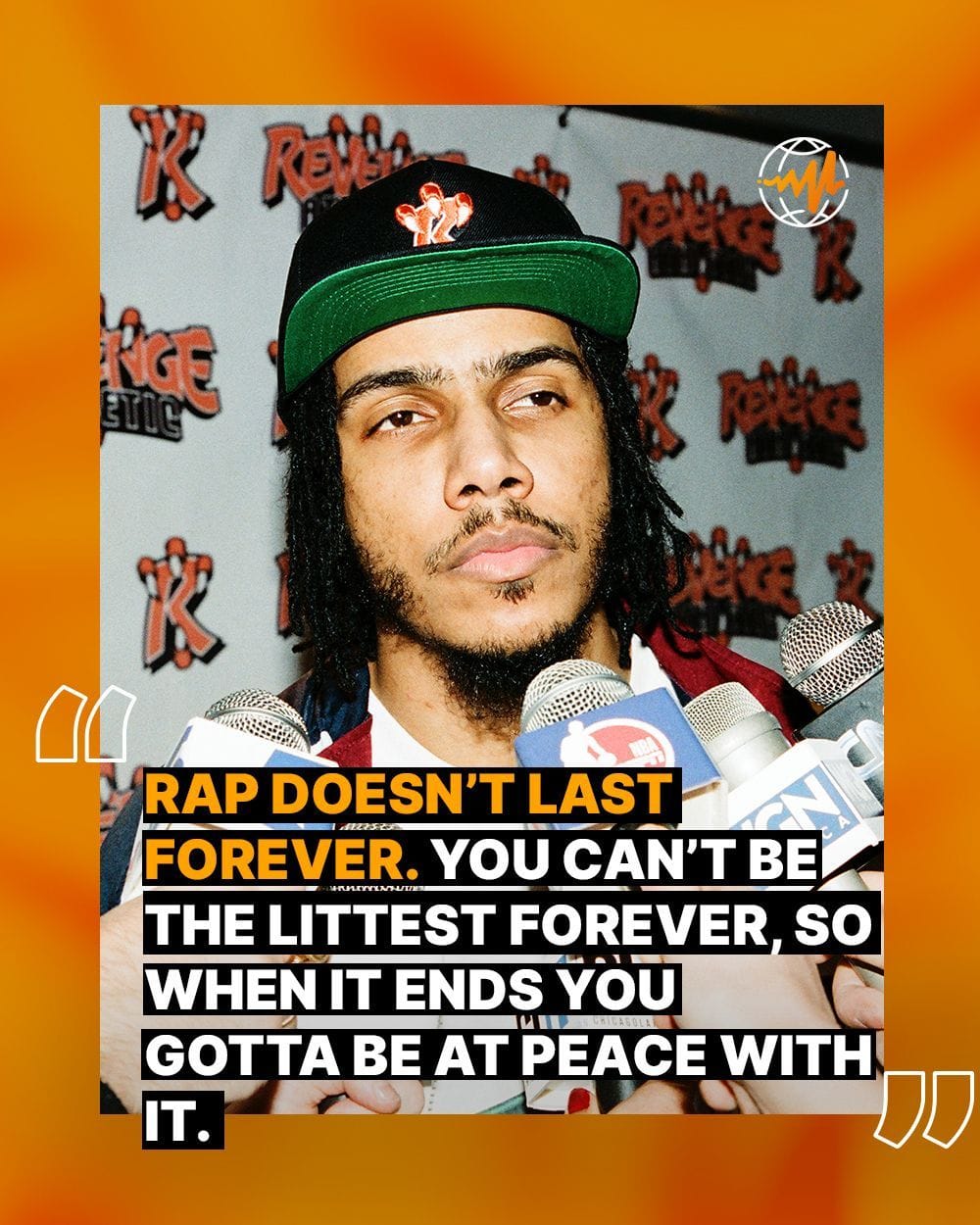 On the topic of cheating, how do you feel about awards and accolades in music in this context?

I think the majority of accolades that are awarded to people in different media outlets or situations are in some way or another riggable or bribable. Some things you see just don’t add up, and when people don’t question, it allows these platforms to continue doing it.

All the wins I have are most definitely my wins, that myself and my team earned. Even if I fall off tomorrow, I’ve done loads, I’ve influenced, I’ve helped the scene to grow, and I’ve helped my mum, so I’m happy.

You’ve stated that you feel accomplished because you’ve bought your mum a house now. Do you ever get bored or fatigued by rap?

I wouldn’t say I’m bored of being an artist, but I know rap doesn’t last forever. You can’t be the littest forever, so when it ends, you gotta be at peace with it. For me, I’ve seen a lot of rappers who are definitely past their time. No one cares about their music, and it’s just really sad. Help the youth, help the next generation, help them rise up and be great. That’s what I’m going to do. Bow out respectfully on some G shit.