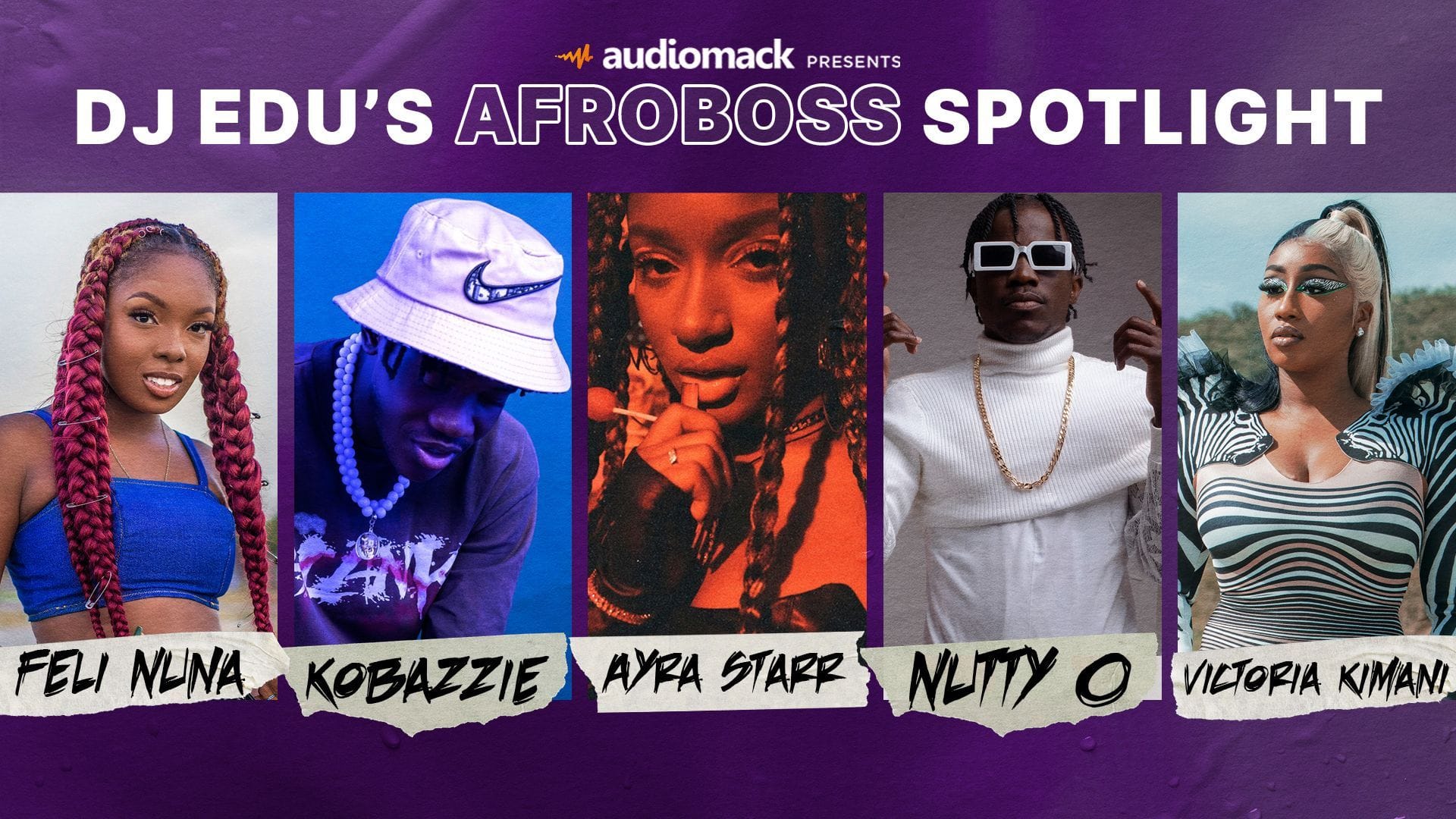 Welcome to AfroBoss Spotlight. A limited-run editorial series for Audiomack World by DJ Edu, an “African Music Ambassador,” who has been pushing young African artists to the fore since 2005 on National UK radio. Consider this column an invite into Edu’s studio and a journey to discovering new artists.

Benin-born and Nigeria-based Ayra Starr is a voice for the youth. The Afro-pop and R&B act leans into a strong Afrobeats influence while incorporating eloquent harmonies reminiscent of early 2000s soul music. She has a silky voice with emotional delivery and massive vocal range. From the smash success of her single “Away” to her August album 19 & Dangerous, Ayra Starr has been ascending towards household name status.

Afro-pop singer Victoria Kimani brings her own unique love of singing, songwriting, and R&B and fuses them with the sounds coming out of Africa. Kimani was born in Los Angeles and is now based in Nairobi, Kenya, and her most recent album Spirit Animal featured co-signs from some of the biggest names in contemporary African music: Bella Shmurda, Yemi Alade, Bella Alubo, and more.

Accra’s Feli Nuna blends hip-life (a fusion of hip-hop and highlife) music with contemporary African sounds. Since 2012, she has cultivated her artistic talents and has found success as a director and producer as well. Her newest single “Anadwo” is an Afro-pop tune with buttery melodies and an infectious chorus.

Nutty O is a multilingual dancehall artist singing in English, Shona, and Patwa. Over the past few years, the Zimbabwe native has managed to effortlessly incorporate Afro-pop and Afrobeats into the root of his dancehall sound, giving him immense crossover potential. On “Finesse,” a standout from his latest project Mustard Seed, Nutty O continues to hone in on his flavorful sound, inspiring head-nodding and waist-whining around the world.

Liberia native Kobazzie brings forth a special version of Afro-fusion, mixing his local Afrobeats sound with a sprinkle of reggae and dancehall. A Stonebwoy feature on his latest single, “Everyday,” speaks to his broader appeal, as the pair showcases a blend of the native sounds of Liberia and Ghana. Quoted by FrontPageAfrica as saying “Singing is a gift,” Kobazzie’s presence on the mic cannot be understated.