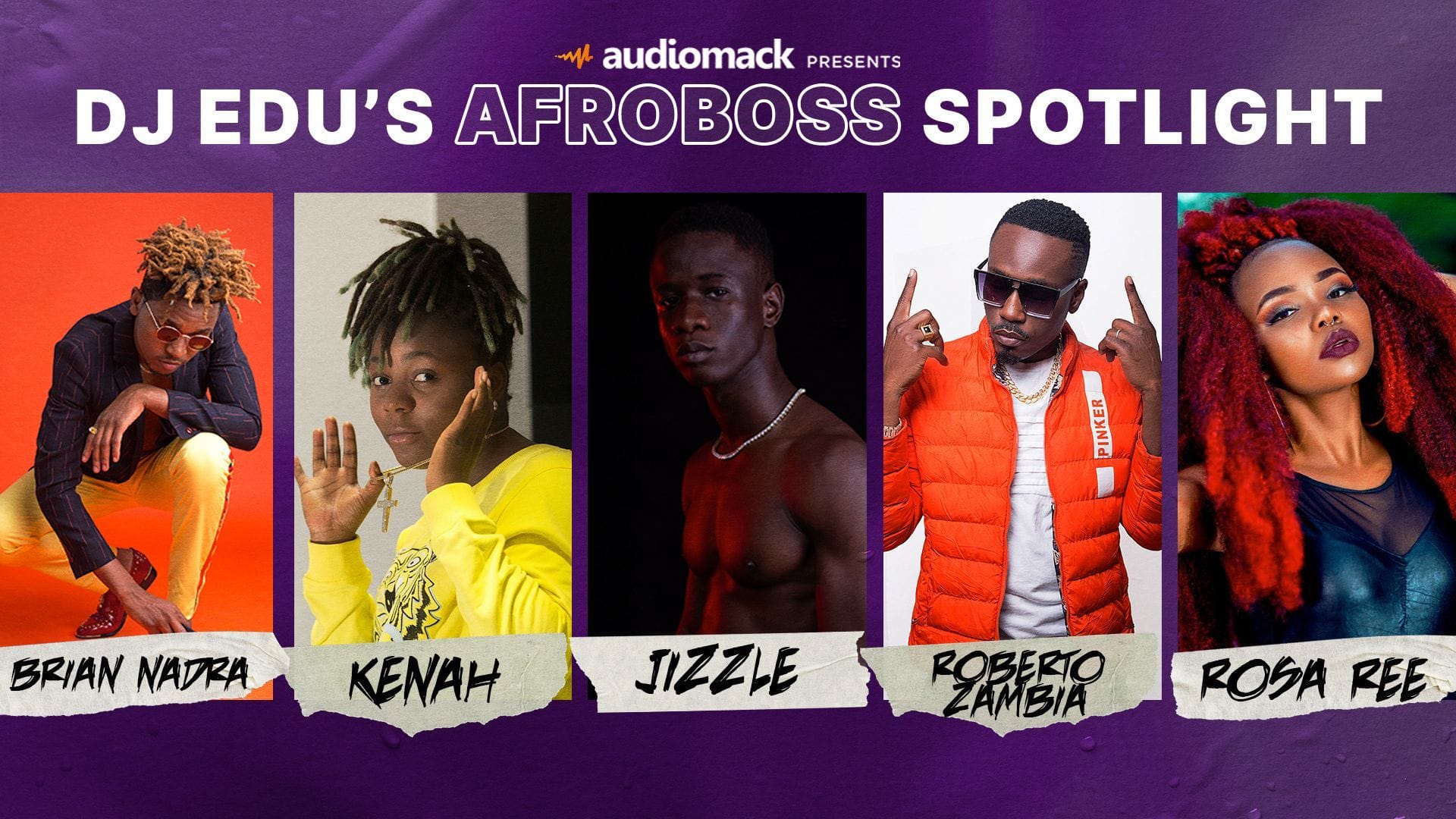 Welcome to AfroBoss Spotlight. A limited-run editorial series for Audiomack World by DJ Edu, an “African Music Ambassador,” who has been pushing young African artists to the fore since 2005 on National UK radio. Consider this column an invite into Edu’s studio and a journey to discovering new artists.

Over the last 10 years, Jizzle has become a household name in Gambia where he consistently fills up stadiums and has fans chasing his car when driving around town. He fuses his Gambian roots with Afrobeats, Afropop, Afrofusion, and recently, Amapiano (“SELECTA”). Jizzle’s music represents a region that is not celebrated as much musically, exposing the Gambian music scene to other parts of the world and making it fit within the current young African musical landscape.

Rosa Ree tells her own truth with fury, not shying away from her expression at any cost. Following a six-month music ban as the result of a controversial music video, Rosa Ree returned to the Tanzanian music scene and has been an advocate for the inequality experienced by women in music. The talented singer-turned-rapper is unapologetically hip-hop to her core as she spits while flawlessly switching between English and Swahili.

Multi-award-winning Zambian Afropop and R&B artist Roberto is a songwriter, producer, and radio DJ. His buttery vocals stand out, and it was no surprise he quickly scored a hit with Lagos star Patoranking (“Ama-Rulah”). Roberto’s music often features a Pan-African cast while he continues to push the Zambian sound beyond his homeland. “It is an honor to be decorated as Zambia's top R&B and Afropop music export,” he tells Audiomack. “I do not take this honor for granted.”

Kenah was a spur-of-the-moment discovery. The 21-year-old’s infectious 3:05 Musing EP presented soulful melodies coupled with hard-hitting lyrics, letting her fans know she has progressed from her school choir days. While Nigeria roars with talent, Kenah’s emotional songwriting stands out. “I’m an emotional writer,” she shares with Audiomack. “I’m different from others because of my ability to connect with my audience.”

Brian Nadra is an exciting, talented singer-rapper hailing from Kenya. His sleek vocals and smooth rap style define his sound. Earlier this year, Nadra released Nadrenaline, which he describes as his most versatile, holistic project yet.