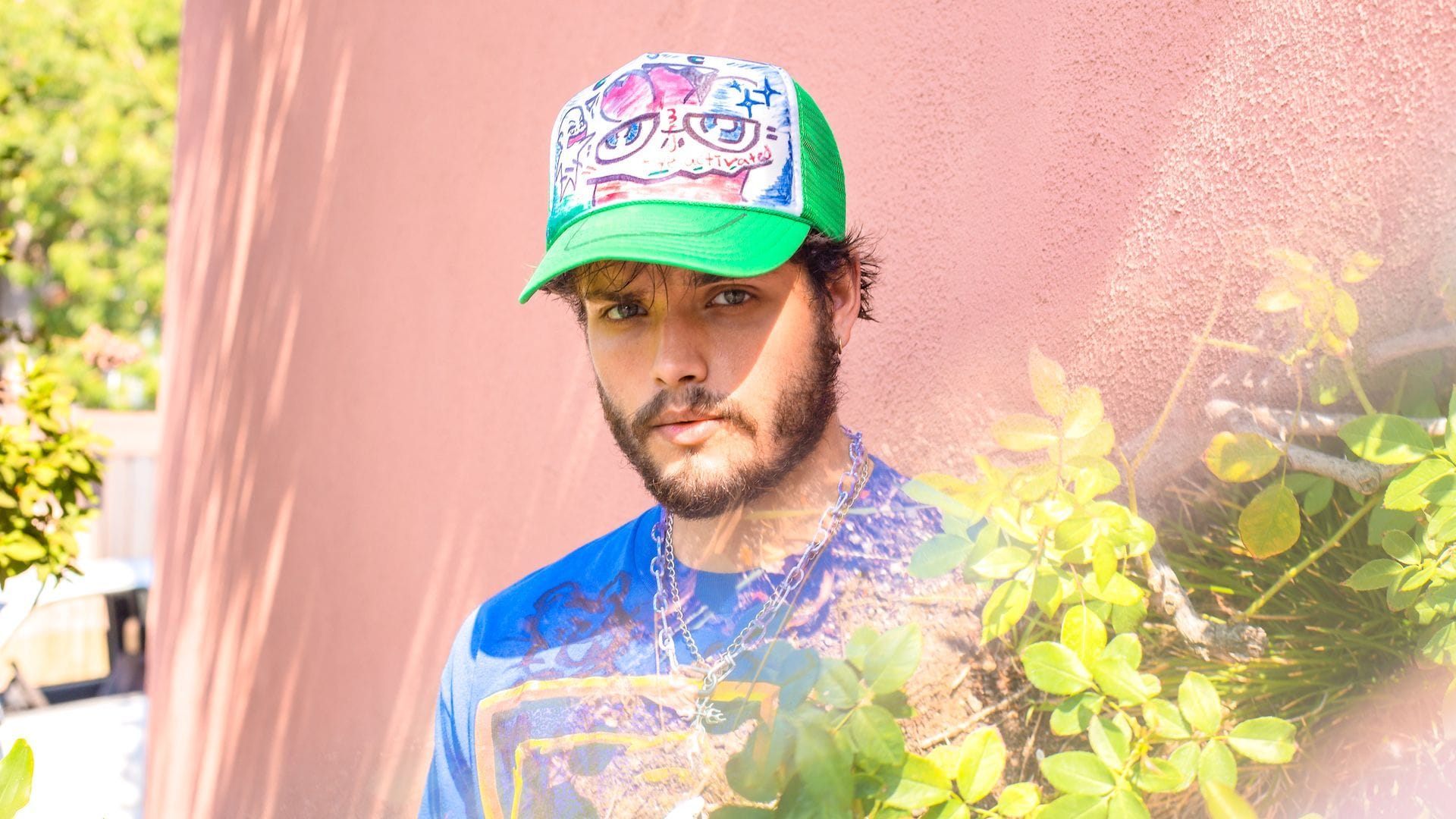 There’s something to be said for an artist who radiates pureness with their every release. Such is the lore of the late Georgia rapper 6 Dogs, affectionately known as Chase. Tragically passing away in January 2021, 6 Dogs left behind a legacy of whimsy and underground influence. His self-titled 6 Dogs, home to breakout single “Faygo Dreams,” dealt with understanding of his hurt and his place in the world. In 2019, Chase released Hi-Hats & Heartaches, engineered by his friend and trusted producer, Daniel Hartzog.

“I was lucky to be close to him for two years,” Dan tells me as we chat in the days leading up to Chase’s first posthumous release, RONALD.. “Last year, we made a song called ‘Burberry Weather.’ Me and Chase had been working for years at that point. We both hit a sound we were really happy with. He was so happy with that track, and then we immediately made ‘Takashi Murakami.’ Those two songs gave us a boost to do the entire album. Me and him were already pretty much exclusively working together at the time: Two friends working together, making as much music as possible.”

RONALD., which was completed and handed in before 6 Dogs’ passing, features 12 warm and bubbly tracks, marking a new direction in Chase’s sound. The songs work together to create a mood akin to how sunlight feels on your skin after a swim. There’s a sense Chase is arriving at his happy place with tracks like “Starfire,” which helped prompt the album’s final title, and “Genie in a Bottle,” which houses Chase’s favorite verse on the album. Across the record, 6 Dogs leaves us with an impression of himself undeterred. With much of this project being made following a healthy routine of hiking, watching Pokémon, and doing studio lock-ins, RONALD. sounds free and fluid.

Each song on RONALD. comes with a spectacular memory, and even at its most puzzle-like, the album—along with 6 Dogs himself—holds a special place in Hartzog’s heart. “He was just a person,” Dan concludes. “He was never too cool.” 6 Dogs forever.

What was the genesis point of RONALD., the moment you two realized the album was taking shape?

Last year, we made a song called “Burberry Weather.” Me and Chase had been working for years at that point. We both hit a sound we were really happy with. He was so happy with that track, and then we immediately made “Takashi Murakami.” Those two songs gave us a boost to do the entire album. Me and him were already pretty much exclusively working together at the time: Two friends working together, making as much music as possible.

We liked to kick it. I’d go on a hike with him, and he loved that, too. Hike, come back, do a session. We made “Genie in a Bottle,” and that was, “Okay, let’s go!” It was just hanging out, and it happened so naturally. 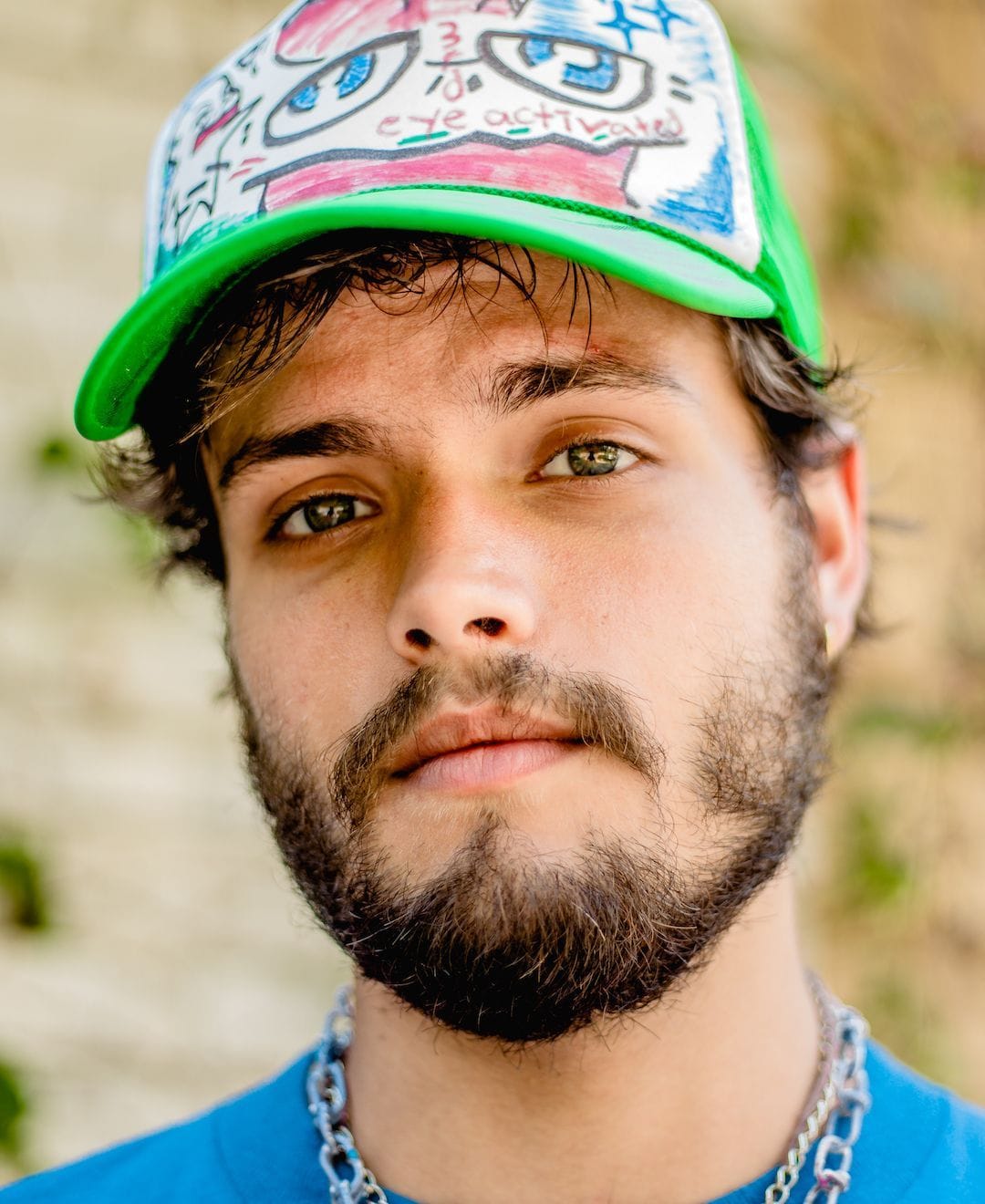 Was there a guiding light you kept in mind as you made these beats? Like a specific synth sound, a melody, or just a hiking memory with Chase?

We went everywhere. We made this whole project together, and we submitted it together. As far as the process, we were listening to… First off, we fucking love Yung Lean. Chase loved Yung Lean so much. With this album, I got back into some older Lean, and Chase said it himself: MGMT. The sounds! The sounds on their earlier album that really made them famous, those synth sounds on “Electric Feel” give me inspiration.

What is it about hiking or nature that helped make this album what it is?

There’s something about being with yourself or someone you’re comfortable with and around beautiful things. Everything about nature is so much bigger than you. He was such a nature boy. You just go out, and it improves your mood. It just feels good to be around plants and then go make a song in the studio. We hike to free our minds if we know we’re about to be locked in a room. The sessions for this album were four-to-eight hours. Being in Georgia, we were surrounded by trails.

We did “Beach House” that way. Me, Chase, and Riz [La Vie], we went on a hike that one day. That’s a great memory for me, as well.

When did the album go from Wavebuilder’s Club to RONALD.?

Probably around December, it started shifting. We had made a couple last songs. “Starfire” was one of the last ones we made. We have 20 songs that didn’t make this album, but we made “Starfire,” and something about that song is just him. He didn’t even tell me he changed it; I got the artwork and [said], “Oh, no way!” He was really proud; this album was very himself. It reflected his carefree [spirit] going through life, and something pure.

The album is so special to me because the productions are impossible to imitate. Everything feels unique to you and 6, and for that reason, it’s a really intimate listen. Was that the goal?

I don’t think so. When you’re with one of your best friends, in the studio, alone, you hit those points. I just start playing my synthesizer, and Chase would walk in. He’d go, “Lightning and ice! Make something that sounds like lightning and ice!” And I’m like, “Okay, dude… Whatever that means.” We’d be cracking up, and I’d play a synth, and he’d be [like], “That’s cool!”

I’d just play all these instruments. It was sounds Chase and I loved, and he let me be an artist on this album. He let me be my normal, weird self. The product was two people doing what they love and doing it together, fluidly. 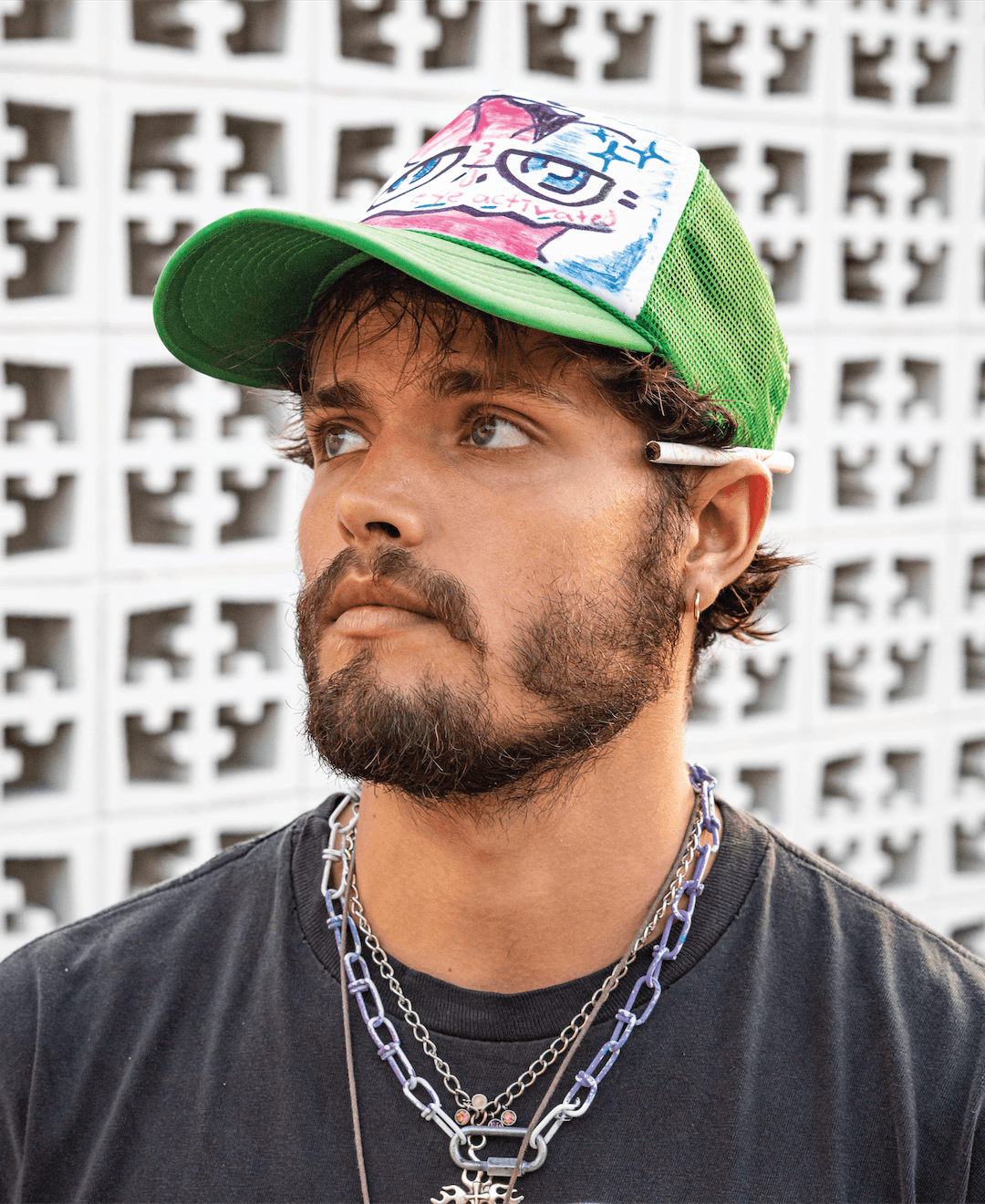 With that in mind, which beat on here felt the most like a puzzle to be solved?

There’s a song, “Time Machine,” that’s the “lightning and ice” song. As far as a puzzle? Wow, there were some complicated things on the project. “Tesla Tesla” has two 808s doing different things. Also, we had these crystal bowls outside. The bowl I’m looking at right now, it’s broken. [On “Tesla Tesla”], you hear a bowl break, and the song drops. That’s the bowl he had. All throughout the song, you can hear the bowl in the background. That was a puzzle.I ended up getting a call halfway through the sessions and needed to dip out. My friend Woods took over and he produced half this album with me. I come back, and there’s this song on my computer, and I wasn’t there for half of it! A couple hours later, I have this song. It’s fucking sick; I love it.

“Tesla Tesla” is my favorite, and I definitely see it being a puzzle.

He’s like [rapping], and Woods is an amazing producer, but he doesn’t professionally engineer. The main track was ad-libs and all this shit. I just had to figure out what they [were] meant to do. It was a bunch of sounds that came together to make this cool song.

It feels like an album about getting to your happy place—sunshine on your face after a swim. Would you say that’s the core message of RONALD.?

That’s a nice thing to say about the project. I appreciate that. That is so well said. That’s exactly how I feel about it, and I know that’s how Chase feels about it. On “Beach House,” he says, “Sunlight medication.” That describes the whole album perfectly. I love that you just said that.

“When I Was A Baby.” We made that around the time of “Takashi Murakami,” and that was special to us. That set a tone for the album. We made “Genie in a Bottle” and “When I Was A Baby” first. The first verse on “Genie” was Chase’s favorite verse on the album.

“Beach House”—I had known Riz for a long time. We came up in the industry together, and I did a lot of his early music. He’s a good friend of mine. When we first started making music in 2016, I was listening to 6 Dogs between sessions. Eventually, I reach out to 6 Dogs, and we become friends. I was able to introduce him and Riz, which was a proud moment for me. They hit it off, so “Beach House” is very special because it’s two of my good friends on a song together. We went on a hike that day, too.

Which song here meant the most to Chase?

He loved this album so much. I’ve told you a bunch of little things, but it’s really hard.. His mom’s favorite song is “Post Malone.” Chase would always say, “This is my favorite song, no, this is my favorite song.” He really loved “Starfire.” Every time we did a song, he was the most hyped. I loved that excitement always. All the songs meant a lot to him.

I was lucky to be close to him for two years. We never had an argument. He was the nicest kid, and I don’t say that because he’s gone. He was the most pure human I’ve ever met. I’ve never met someone who radiated pureness and love. He taught me to be a better person. It’s tough; I miss him so much. And I just miss hanging out with him.