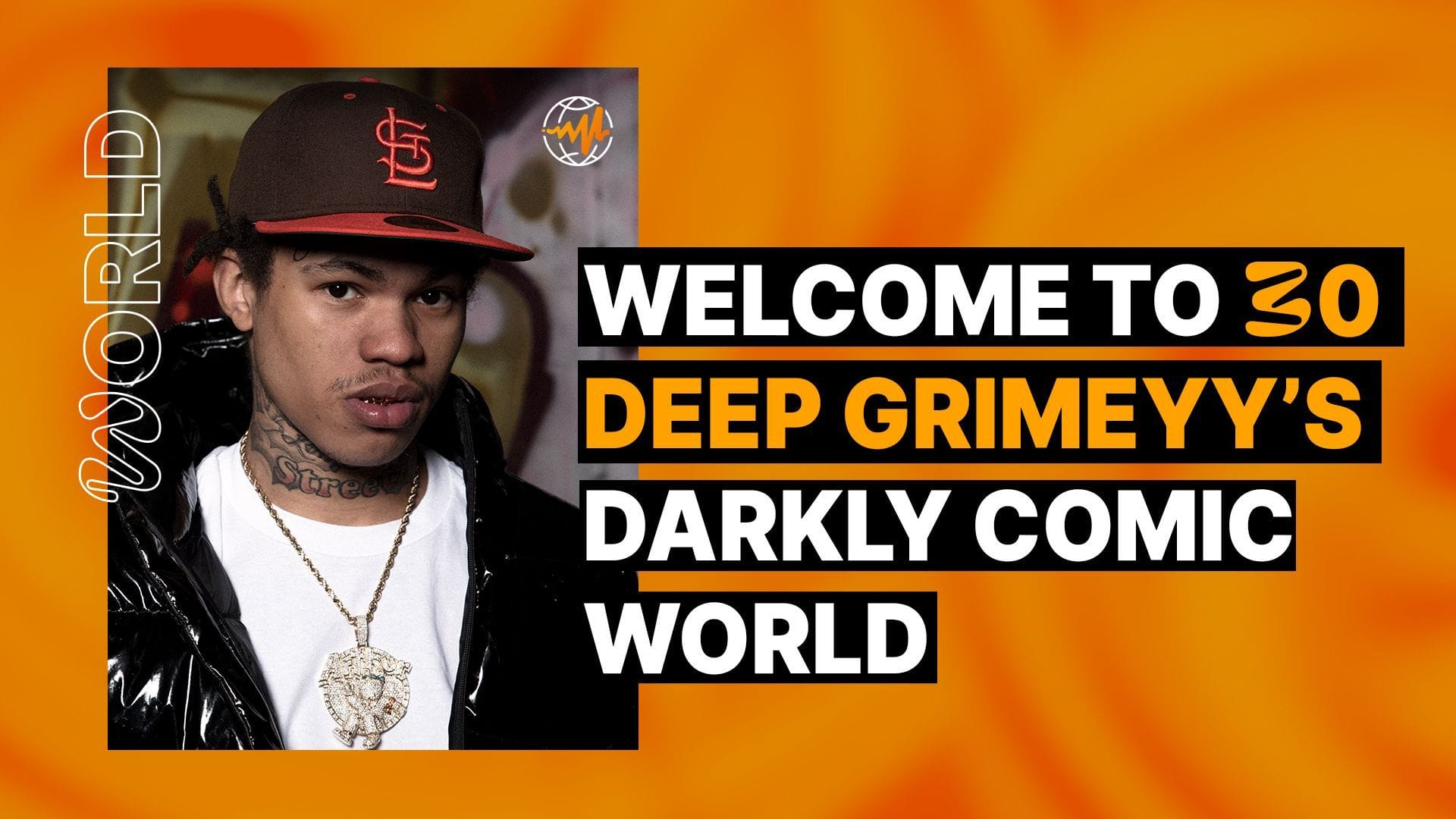 30 Deep Grimeyy and Nelly don’t have very much in common, besides maybe an area code. Still, the former is asked about the latter in nearly all his interviews. Such is the plight of St. Louis hip-hop, a small scene that has only birthed a few national stars, but none like Grimeyy.

Born Arthur Pressley III, Grimeyy has been rapping seriously for the last few years, amassing a local following fast and parlaying that into widespread attention. Citing Lil Wayne, 50 Cent, and Nas as major inspirations, he’s a street rapper who wants to take you under the hood of what life is really like in his city but also knows how to keep you engaged with a strong hook and darkly comic bars that highlight a sinister sense of humor.

Grimeyy’s national buzz began with hard-edged singles like “Dead Goofies” and “Loose Screws” with Lil Baby, as well as collaborations with his close friend and fellow St. Louis rapper NWM Cee Murdaa. His June mixtape Letter 2 My Gang represents a major milestone for him as a lyricist and songwriter. From the stirring narrative of “Wonda’s Story,” inspired by the struggles of a woman from his neighborhood, to the melodic “Tired of Being,” Grimeyy separates himself from a crowded field of rising young artists with clever bars and a penchant for telling the whole truth, even when it’s messy.

“Not to knock anybody else, but I really be talking about that struggle,” Grimeyy tells Audiomack over Zoom. “Shit motherfuckers really went through.” 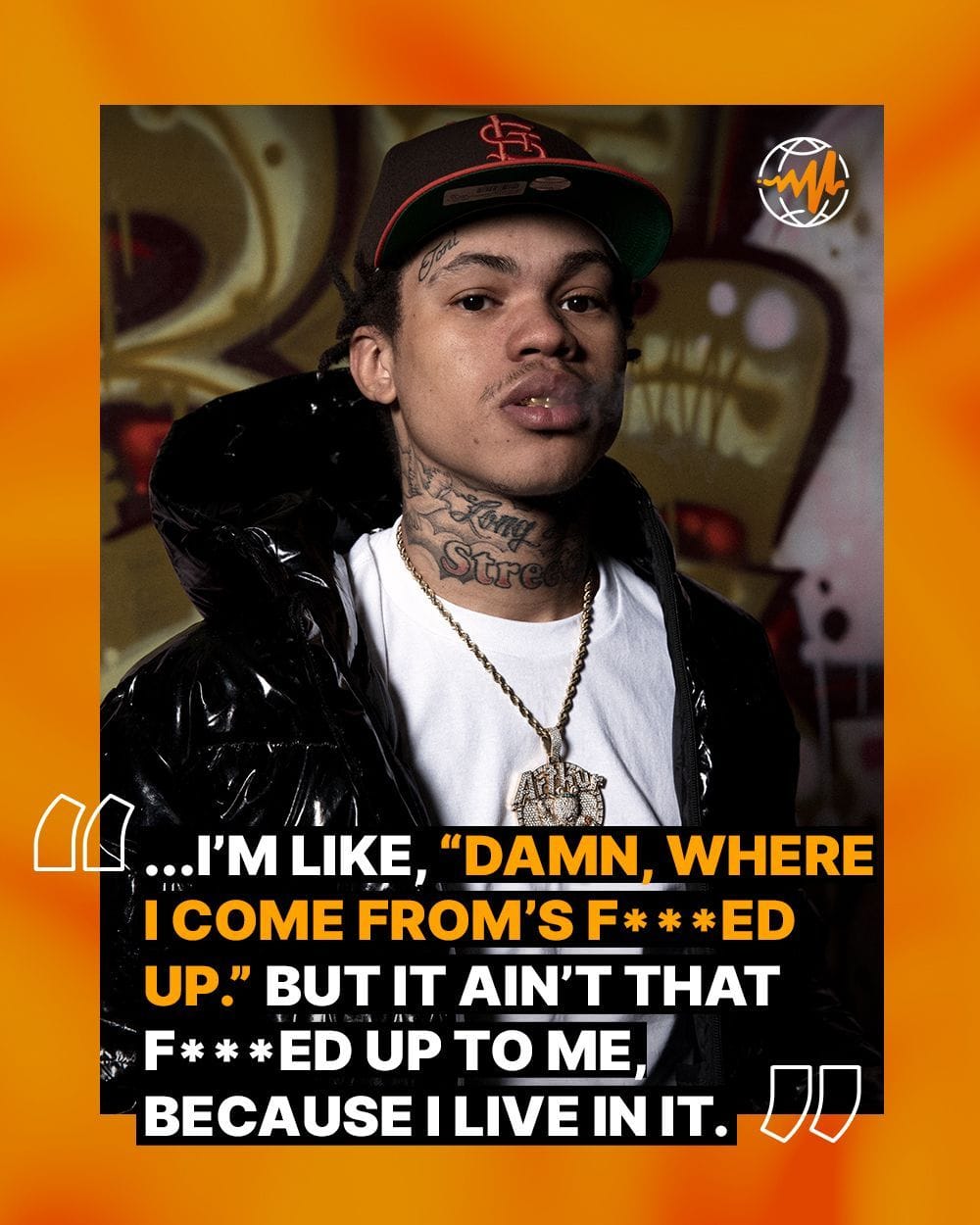 Is there a usual way you put a song together from beginning to end? Are you typically a freestyler, or do you sit down and write lyrics?

“Wonda’s Story” was one of the immediate highlights on Letter 2 My Gang. You’ve written plenty of smart bars, but this was a really strong display of storytelling. Is there a real Wonda who inspired it?

The other one I wanted to ask you about is the “Bradley Beal” joint. What’s the story behind that record? And what made you want to name it after Brad Beal?

Because he’s from St. Louis, and he’s doing his thing. I’ve been messing with Brad. Then, not to knock anybody else, but I really be talking about that struggle. Shit motherfuckers really went through.

N****s be faking it, like, I ain’t gon’ lie—I was faking it. So, when I’m in the club, I still got my tags on, you know? N****s ain’t gonna admit they used to be faking it with the tags still on, but, I don’t give a fuck. That shit is embarrassing, man, but it is what it is. The real are gonna feel it because the real had to [do that too].

Your breakout songs like “Dead Goofies” and “Loose Screws” show you have such a good eye for details about life in your section. When you were a kid, were you always a perceptive person? How did you develop that ability to always pick out the details?

Yeah, and no, because you don’t just take notes on everything that’s going on. But at the same time, that shit is everyday life, and I ain’t really know that it wasn’t normal. If you grow up in the jungle, then motherfuckers take you to another environment; all you know is the jungle, you know?

All I know is the trenches. I’m getting around [people from other places], and I’m like, “Damn, where I come from’s fucked up.” But it ain’t that fucked up to me because I live in it. It’s my domain; it’s my home. So when people that ain’t from where I’m from say, “Y’all are fucked up down there.” I’ll be like, “Yeah, we are. But it’s normal to me.” I’m having to tell—not what’s going on—but what I went through. 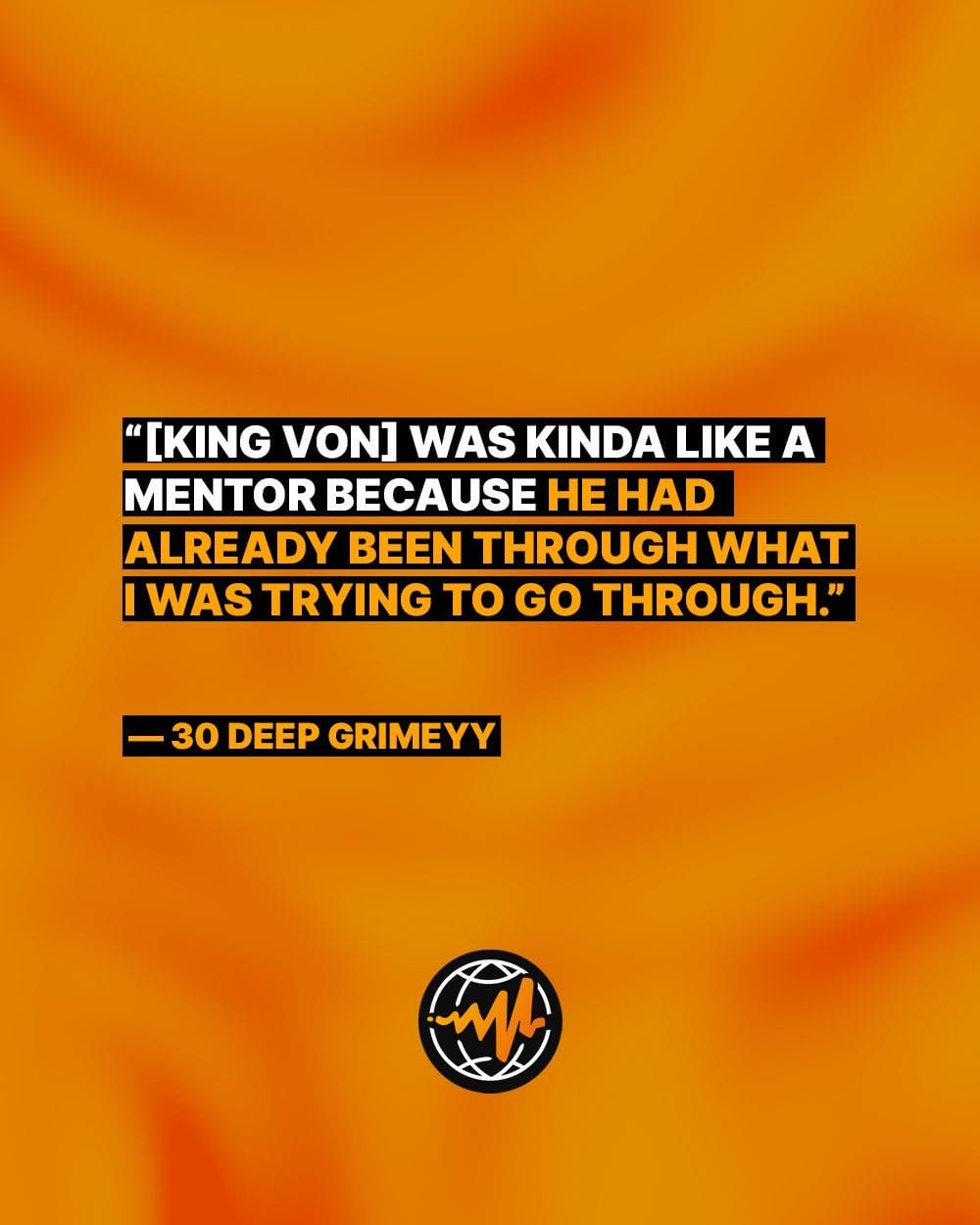 It’s cool to see the bond between you and Cee Murdaa as you navigate your growing fame. What makes the two of you work so well together?

That’s my cousin. We work together good because—we don’t even know how to explain that shit. Motherfuckers will be like, “What do y’all do? How do y’all do it?” I don’t know; we’ve just got that yin and that yang. It just goes together.

You’ve done songs with people like Lil Baby and NLE Choppa. Who was the first big artist outside of St. Louis to really show you love?

I wanted to ask you about Von. I know you had music with him, and it seems now like in every video you do, you’ve got a V. Roy hat. You’re always repping for him. What was your relationship like?

I fuck with bruh and his whole camp. That’s a real stand-up n***a. We’ve got the same manager, but that doesn’t mean that n****s be just vibing because they know the same motherfucker.

First, I ain’t gon’ fake it, I don’t be on fan-ass shit, but that’s bruh, dawg. On my mama, bruh kinda broke me up out of that hood mentality. He was kinda like a mentor because he had already been through what I was trying to go through. He let me know some of the shit, like, “Man, you’re tripping. Certain shit, you’ve gotta do it like this.” Losing a motherfucker like that, it be like, “Damn, I can’t win for losing. I’m one foot in the trenches, one foot out the trenches.” I done lost so much shit in the trenches, then I turn around and lose him. Loaded, too. RIP Loaded. That’s fucked up.

A lot of the press you’ve done has focused on gang stuff, how you grew up, getting arrested when you were a kid. That’s a part of your story and something you talk about in the music, but for you, what is it like to have that always get brought while getting interviewed about the music you make?

I don’t know, man. They be throwing me with that shit. But it is what it is, though. Motherfuckers are gonna ask those types of questions. You’ve just got to answer them to your best abilities. I’m not tripping on that shit.