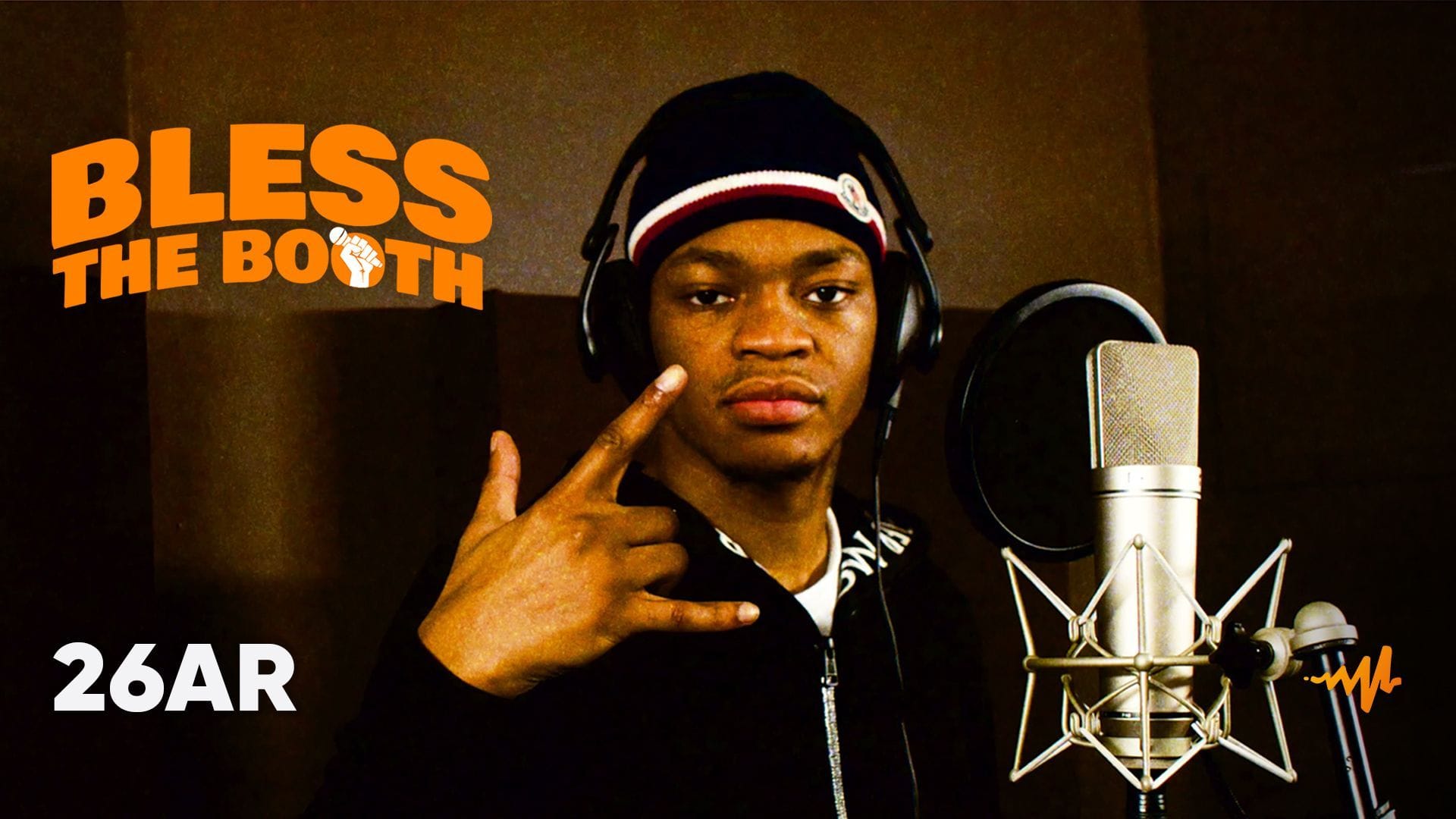 26AR is the epitome of the Brooklyn drill movement. The Crown Heights native has only been making original music for a year, and yet his clever wordplay and infamous obsession with Amiri jeans have amassed him a strong following and over 200K streams on Audiomack.

Last year saw Brooklyn drill take off to unprecedented levels, especially after the rise and tragic loss of fellow Brooklynite Pop Smoke. However, when the sound native to his hometown began bubbling, 26 was doing a four-year bid, writing raps in his cell to pass the time. Upon release, the rapper got straight to it, releasing a slew of singles and a full-length project, Drench Em, to much acclaim.

For Audiomack’s Bless The Booth freestyle series, 26AR spits fiery bars about preserving his indie status and getting to the paper over production from A Lau and Luca Beats.