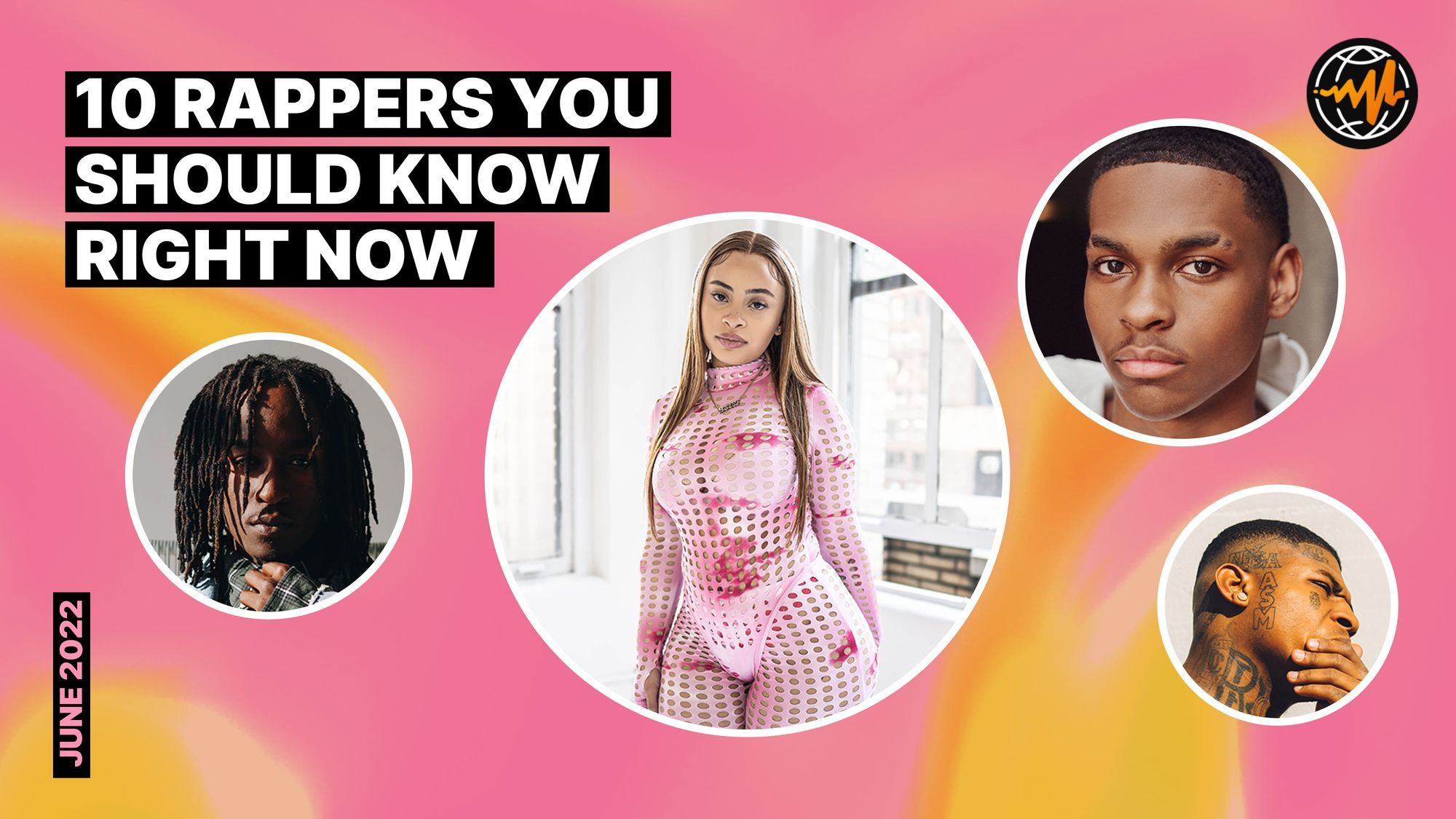 Add ASM Bopster’s name to the long list of rappers with unlikely TikTok hits. “1 Bkitch part 2k,” the TikTok hit in question, has now been used in more than one million videos and climbing on the platform. More than anything, what it has in common with other distinctly West Coast rap songs to attract viral attention is its unbridled energy. Over an instrumental that’s just as Detroit as it is Los Angeles, ASM directs dance moves, tells stories, and, at times, loses himself in the steady bounce of the beat.

After building a buzz with a steady stream of one-off single releases over the past few years, Kill Jasper recently returned with “Backdoor.” The uplifting track finds the Los Angeles artist showcasing his penchant for catchy hooks and incisive verses. Over the beat’s wandering bassline, he raps on the hook, “Fuck whoever, my bitch know to bring them bands home/This shit from the dirt, I turned my wrist into a splash zone.”

Even though artists like Kay Flock and B Lovee initially got more attention as the leaders of The Bronx’s drill wave, Sha EK has been a steady and consistent presence, his hoarse bark of a delivery immediately standing out in the city’s crowded scene. On “Been On Hots,” one of his clear standouts from the past several months, he brings his trademark aggressive flow to a beat that’s tailor-made for the sinister threats he sends.

No one has been more effective at using Jersey’s storied club sounds in their contemporary rap songs than Newark’s Bandmanrill. Over the last few years, he’s been innovating in a new palette, sometimes called “club drill,” that makes room for multiple of the tri-state area’s definitive styles. “Copy and Paste,” a recent drop to begin the summer, finds Bandmanrill yet again combining drill and Jersey club sonics, effortlessly coasting over stuttered kicks and rapid-fire bass drums.

Though the track itself is triumphant and joyful, “My Own”—a recently released collaboration between Atlanta’s Dr. Grim and R5 Homixide—the song is bittersweet: the former rapper has a bright future ahead of him while the latter, R5, tragically passed away in 2021. On “My Own,” Dr. Grim asserts his self-determination but the track is most notable for the chemistry of the two rappers, as they trade verses and finish each other’s bars about staying down no matter what.

At this point, almost every New York City borough has put its own stamp on the drill sound, but The Bronx currently seems to be leading the way. One of the most exciting new voices to come out of BX as of late is Ice Spice, who has impressed with hard raps over sometimes melancholy, sample-based beats. “Euphoric,” her most recent single, follows the same formula and the soulful beat gives Ice Spice ample space to talk her shit. “I feel like the baddest little bitch in my city,” she raps definitively.

Virginia’s yvngxchris first started turning heads last year with “Blood on the Leaves,” a track that became a viral hit before it was even officially released and then received backlash for what some believed was an insensitive use of Nina Simone’s “Strange Fruit.” Well past that very internet-in-the-2020s episode, yvngxchris has continued to command attention; his most recent release is a somewhat uncharacteristically sinister collab with Lil Yachty called “Damn Homie.” The beat is sparse and dark and, while yvngxchris dominates the track with a more aggressive flow, Yachty ends the track with a menacing whisper.

Over the last several years, Kenyan-born, Minnesota-raised artist KayCyy has scored credits on releases from some of the pillars of contemporary rap, assisting both Lil Wayne and Kanye West on respective releases. He’s probably best known for his work with the latter on Donda, but KayCyy has also been forging his own path as an artist with the release of multiple full-length projects, including the recent Get Used To It. “Borrow,” a track from the project, finds him lamenting the way he’s copied over a towering instrumental, with punchy ad-libs in between.

After breaking through last year with “masquerade,” a disorienting track that was placed into the amorphous box of “hyperpop,” Siouxxie has continued to produce spooky and entrancing songs that seem to come from the ether of the internet. Not much is known about the elusive, Illinois artist and their recent single, “No Big Deal,” plays on that fact. Over nostalgia-inducing synths, they taunt, “They don’t even know if I’m a fuckin’ bitch/They don’t even know if I got a dick/All that I know is I’m fuckin’ rich.”

Easily the strongest contender for song of the summer at this early stage is GloRilla’s “F.N.F.,” an anthem about steering clear of the wrong kind of men. But the Hitkidd-produced track, with its jaw-punch of a bassline, is just as much about having fun with your friends as it is about freedom from some hypothetical lame. At the end of the song, in between the distinctly Memphis drum pattern, GloRilla chants a directive: “At the red light, twerking on them headlights.”