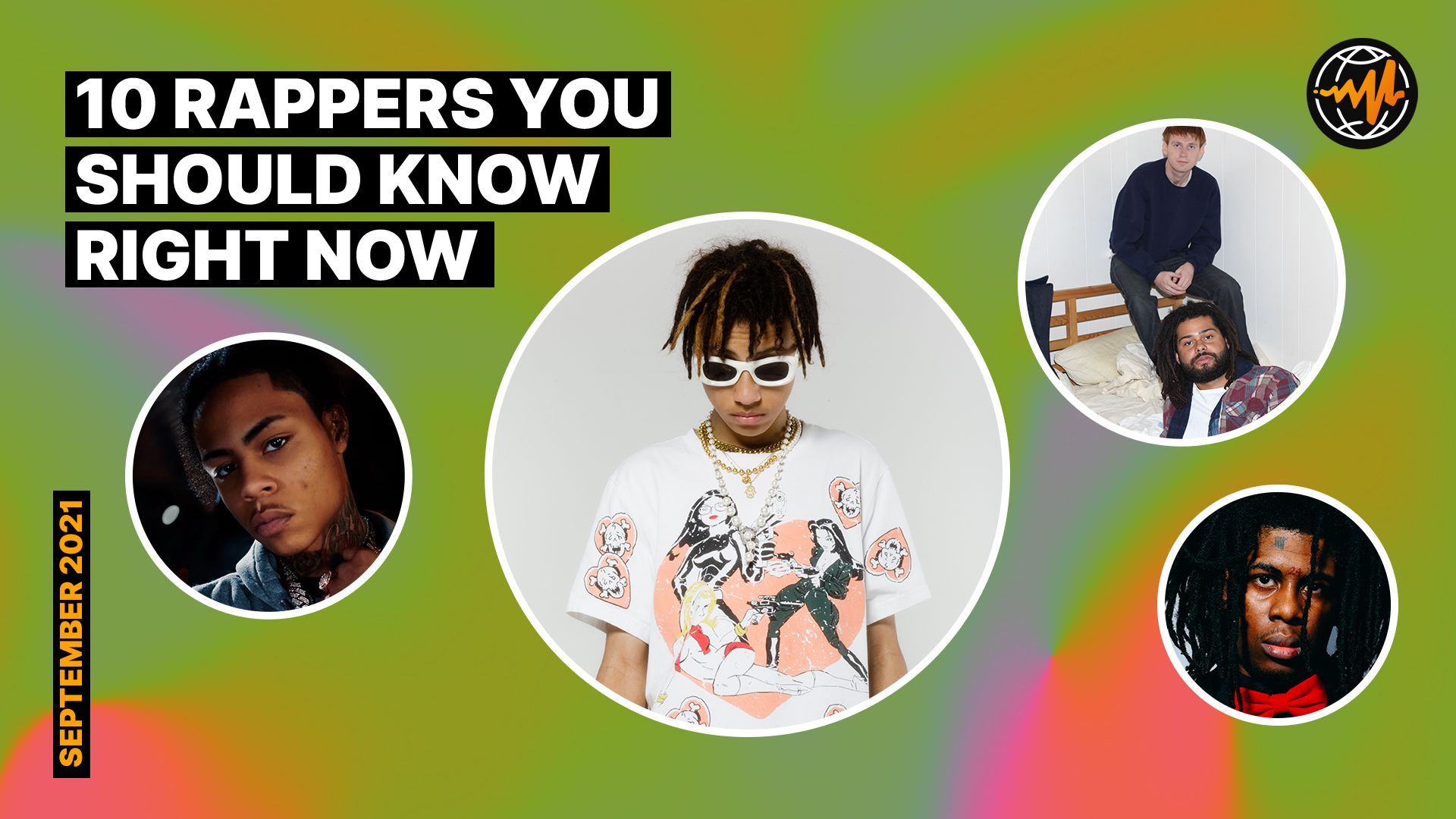 Though Brooklyn has been the adopted home of the drill sound in New York, another borough has recently taken the mantle, as a group of young rappers from the Bronx continues to carry the torch for the sound. Kay Flock has become an immediate standout with “Is Ya Ready,” bringing his gravelly voice to a sinister instrumental. On his recent single “Being Honest,” his gruff voice contrasts with a somber XXXTENTACION sample, giving him an air of fearlessness even as he wonders whether he’ll make it home safely.

JMB Juvie’s “Wicked” began as an a cappella freestyle the Georgia rapper recorded on his phone in prison. He posted the clip to Facebook, where it gained steam, moving across social networks and into virality. After his recent release from prison, JMB Juvie dropped a version of “Wicked” with a proper instrumental, but the slightly more-produced a cappella version released alongside the new single still hits harder.

Over the past few years, No Savage has become a standout staple in the DMV rap scene, known for his contributions to the region’s breathless flow over aggressive beats. He slows down the pace on his recent track “Gifted,” teaming up with producers Jetsonmade and Einer Bankz for a guitar-driven anthem. He drifts more towards melody as he sings about the risks he took to get to where he is now.

In years past, Sage Elsesser’s music as Navy Blue lived through loosies online and features with friends like Earl Sweatshirt. But in 2020, he dropped a pair of projects that began to outline the scope of his artistic ambitions, honing his own strain of the sort of introspective, lo-fi rap coming from an ascendant, New York-based scene. May’s Navy’s Reprise was originally only available through Navy Blue’s website, but it seems the album has recently been given a wider release. “Ritual,” a standout from the project, finds Navy Blue bringing disparate images together—“Horsehair on the cello, long notes to the dead rose”—and folding in a sequence of similes about soccer legends like Ronaldo and Carlos Tevez.

For the past several years, Baton Rouge’s QUADRY has been forging his sound that feels in tune with his lived experience absorbing the Louisiana capital’s rich rap history and takes a bird’s eye view of its larger role in the scheme of modern rap as a global phenomenon. On “Once Upon A Time in the Parking Lot,” he invites the listener into the visceral experience of stepping outside for the night in his hometown. “Murder in the air, I don’t give a fuck / I got my people up in here, and they gon’ get buck,” he raps, before explaining, “I gotta hide my compassion, I gotta tuck my ambition / The city too small for gossip, you don’t know who else be listening.”

24Lefteye seems to take a different stylistic approach to each song, but what ties the Atlanta rapper’s catalog together is a willingness to experiment, following the beat wherever it leads him. “Addict,” a track from his recent Life Of A Henxhman 2 tape, finds him settling into an off-kilter singsong reminiscent of early MAKONNEN. Over a somber instrumental, he raps about missing the school bus because he was too high on Xanax, getting in shootouts on the Westside of the city, and a friend getting locked up in 2018 who still hasn’t gotten a bond—all with a haunting numbness.

Teenage rapper Slump6s is part of a young group of rising, internet-based rappers who have adopted the sounds of online rap scenes of years past—plugg and, to some extent, early drill—and retooled them for a new generation. Re-Upped single “Moment,” one of the breakouts from the Rochester artist, is built around an exuberant beat that sounds like something Chief Keef would have rapped over circa Bang 2. Slump6s’ voice soars over the instrumental as he drifts in and out of jubilant melody and more muted mumbling.

On “Work,” Brooklyn rapper Lola Brooke teams up with Maliibu Miitch for a high-energy anthem, trading verses back and forth with her collaborator about spending money in the club and looking better than everyone else in attendance. “I should be on honor roll from counting up these bankroll / Sentences he face those, it’s ‘bout time we change those,” Brooke raps over the track’s towering instrumental.

Injury Reserve has been pushing boundaries for much of the 2010s. The Tempe, AZ group’s newest album, By The Time I Get To Phoenix, was inspired by an improvisational DJ set that the group performed on tour in 2019, giving the album itself a wandering quality. On Re-Upped single “Superman That,” the glitchy, stuttered production gives way to rapper Ritchie with a T’s howling delivery. Despite the sudden passing of founding member and rapper Stepa J. Groggs in 2020, By The Time I Get To Phoenix relishes in producer Parker Corey’s eclectic tastes and Ritchie’s static-y deliveries. The album is their most realized while also sounding like the most fun the group has had to date.

GGO Kurt is from Nacogdoches, a small community in East Texas that lays claim to the title of the oldest town in the state. Kurt’s rap style is more in line with the aggressive, double-timed flow that’s become the default in the Dallas-Fort Worth area. This is evident on “God Forgives I Don’t,” his recent collaboration with Fort Worth rapper Lil CJ Kasino. The two trade verses over an eerie vocal sample, their shouted deliveries completely overpowering the subtlety of the backing production.