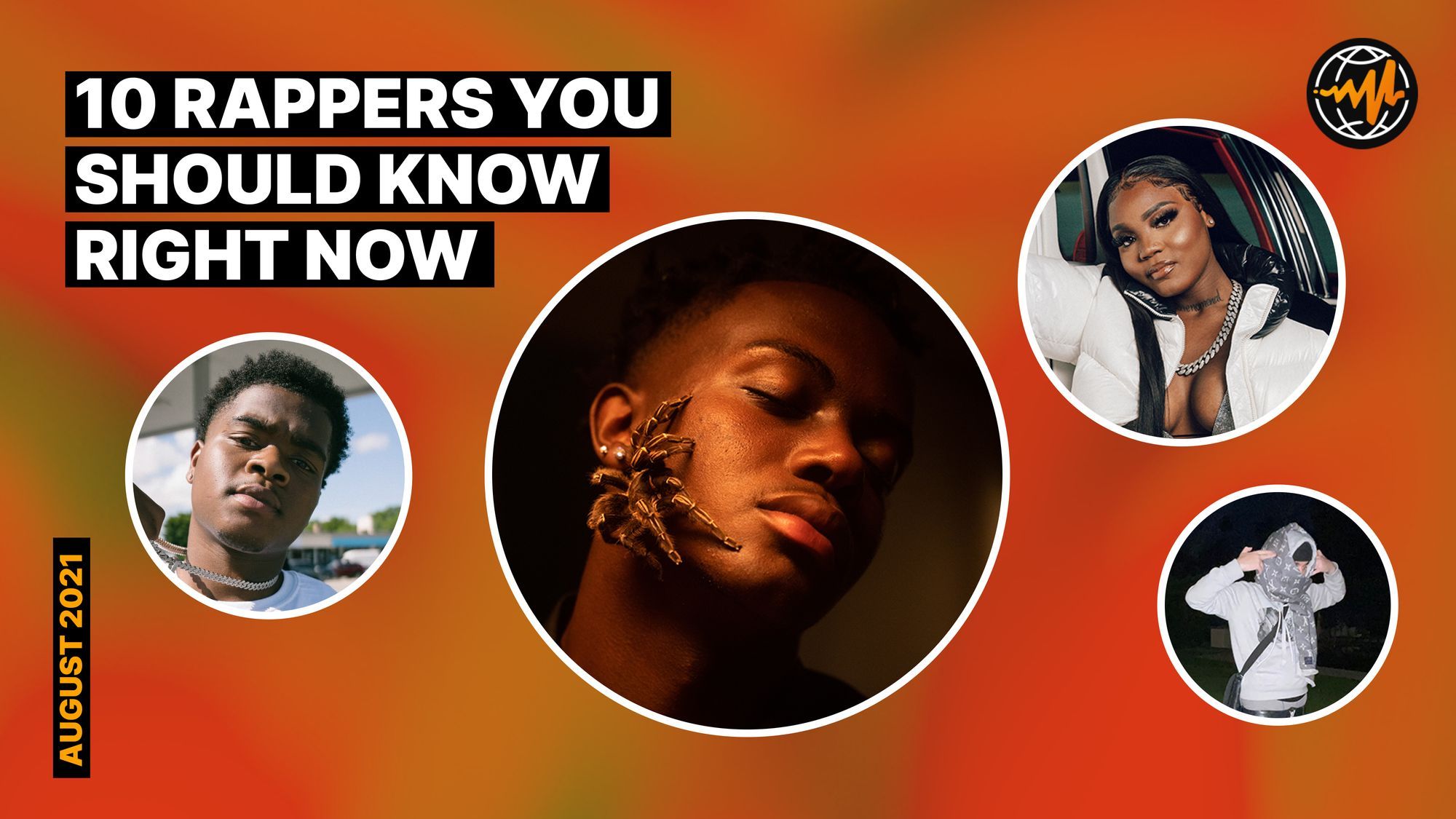 It feels like SSGKobe has been a staple of various online rap scenes for years, but he’s recently hit a more mainstream precipice, thanks in no small part to a few Cole Bennett-directed videos. On his recent single, “MIA,” the Louisiana artist brings his melodic delivery to an upbeat production. Clocking in at around two minutes, with distorted synths and a catchy hook, it feels like the perfectly engineered breakout hit.

Sally Sossa can make benign activities sound menacing. On “Back From the Dead,” the Houston rapper’s latest single, she raps about “eating shrimp and lobster by the beach” with enough emphasis to make the meal sound sinister. The song, built around dark piano chords, is an impressive showcase for Sally Sossa’s rapping, as she switches flows effortlessly, cycling between threats and flexes with ease.

“Rage beats”—video-game-inspired synths, bouncy drum patterns, and production that would otherwise sound like it belongs on Playboi Carti’s Whole Lotta Red—have reached a saturation point online. Still, Yeat has found a way to take this extremely of-the-moment sound to new heights. His June song, “Sorry Bout That,” has proven to be his breakout and, on the more recent “Mad Bout That,” he plays with the same formula, upping the ante slightly with a more breathy snarl. Yeat raps like he just ran a four-minute mile, switching flows and pitches with an affected tone. As he says towards the end of the song, “I don’t be rapping, I just be talking, this shit banter.”

BiC Fizzle is the latest in a string of exciting signings to Gucci Mane’s New 1017. Hailing from the small town of Blytheville, Arkansas, Fizzle is a young man of many talents: a rapper as well as a star quarterback on his high school football team. The 17-year-old recently released a track with Gucci and fellow Blytheville rapper and frequent collaborator Cootie, but it’s Fizzle’s earlier collabs with Cootie that caught my attention. On “SupaFly,” they trade verses over a Curtis Mayfield flip, Fizzle’s higher-pitched drawl matching up perfectly with Cootie’s distinctive baritone.

Wallie The Sensei’s “03 Flow” pays homage to 03 Greedo, the singular Watts rapper who began a 20-year sentence in a Texas correctional facility in 2018. You can hear the reverence for Greedo in Wallie’s echoing, soulful singing, but, more than just replication, he brings his own pain to the song.

BabyTron has been a consistent purveyor of the pop culture punchline, so it wasn’t really a surprise when the Detroit rapper quickly followed up the Pistons’ No. 1 overall pick in the NBA draft with a new song titled “Cade Cunningham.” Over a plunky piano beat, he raps about scamming and generally moving around greasily, pausing at the end before delivering the line that the whole song has been leading up to: “Pulled the buffs out my jacket, Cade Cunningham.”

San Francisco rapper Yatta has been locked up since 2016, but that hasn’t stopped him from recording and releasing music from behind bars. In the mid-2010s, along with the late Lil Yase, Yatta led a new wave of rap in his home city, and on his recent string of releases, he’s picked up where he left off, recording forceful verses and emotional choruses over the phone. On “No Hook,” from his recent Thuggin Like It’s Legal project, he goes in for over two minutes on an ominous production.

After his release from prison at the beginning of the year, Peezy hit the ground running. The Team Eastside member, and pioneer of Detroit’s recent rap wave, recently released his Free Rio project, a 10-track effort that solidifies his place as a leader in his city. On the tape’s outro, “Good & Bad,” he reminisces about how far he’s come, despite the setbacks: “I ain’t going back to jail ‘cause ain’t no bitches there / But real talk, it really wasn’t shit, I got rich in there.”

OMB Bloodbath’s recent Blood Sample project is the sound of an artist leveling up. After signing a deal with Interscope, via LVRN and 10:22 PM, the Houston rapper finds her form on the five-song EP. “Not Gang,” a collaboration with EST Gee, finds her riding a sample beat courtesy of Tay Keith and German duo Cubeatz, at one point rapping, “All of these dead ass white folks up in my pocket, I feel like a headstone.”

Southern California artist BBKnight has been bouncing around the underground for a while, first popping up in 2017 with the Lonewolf-directed video for “Zines.” More recently, he’s continued to expand his sound on a string of releases, including August’s Knight Awakens project. While the six-song EP trends toward high-energy synths and drum patterns, “Sap’d Out” slows the pace down with a buoyant beat co-produced by MexikoDro.