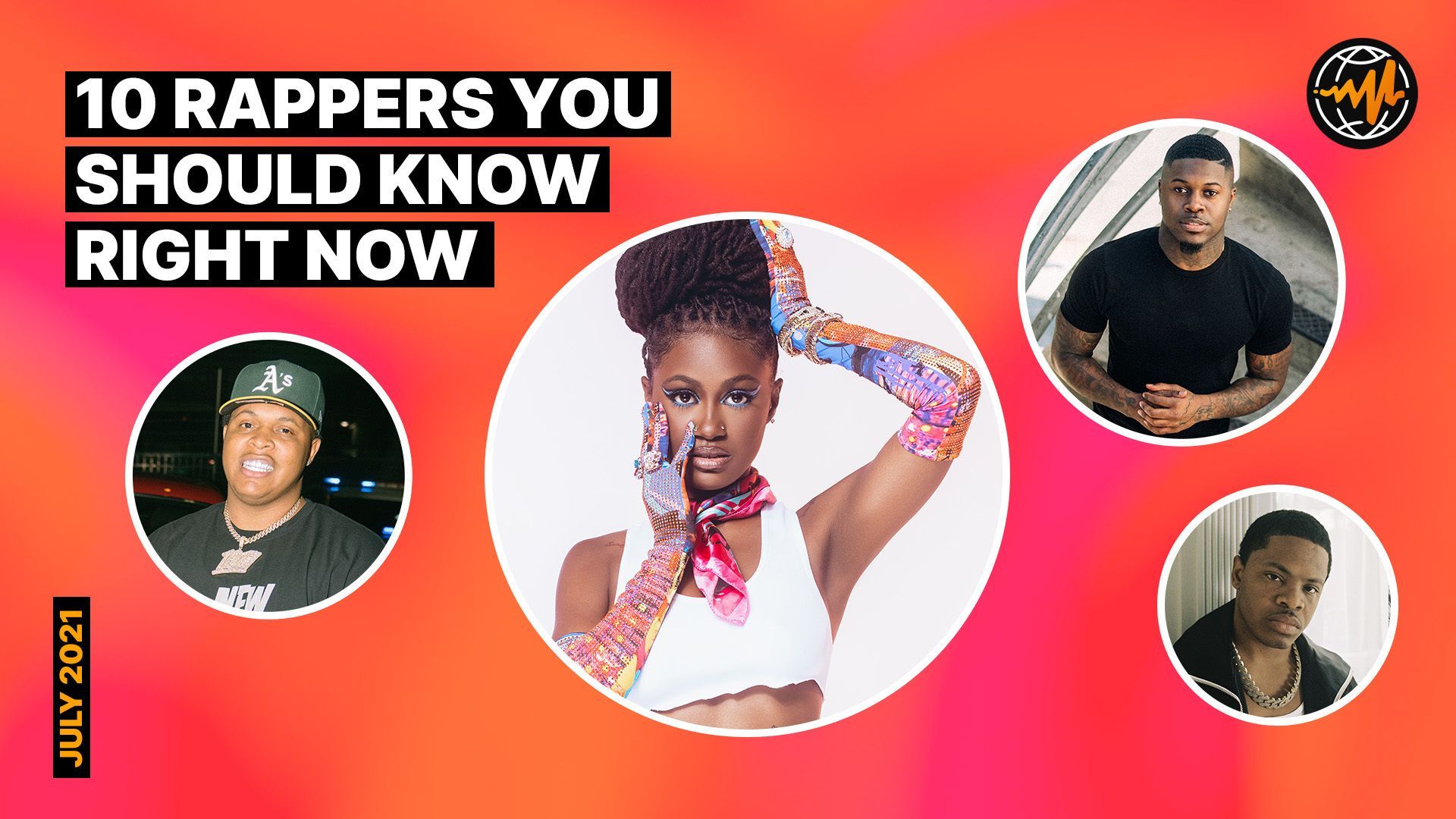 Georgia rapper Kali first broke out at the top of the year with “Do A Bitch,” a slow-rolling, shit-talking anthem that she followed up with a remix featuring Rico Nasty. “MMM MMM,” Kali’s latest single, maintains the same energy as she raps about dominating the men in her life and kicking them to the curb. “Freak nasty, these bitches won’t at me/Stomp a bitch head even though I keep it classy,” she raps over ATL Jacob’s minimal production.

Gucci Mane has always been known to have one of the best ears in rap, and he’s been steadily building a new generation of 1017 artists to move his label forward. After the meteoric rise of Pooh Shiesty last year, BigWalkDog seems poised for the same sort of trajectory. Hailing from a small town in the Mississippi Delta, BigWalkDog has an inherently melodic flow, somewhat reminiscent of mixtape-era Kevin Gates. On “Came From The Bottom,” it seems like he hardly pauses to take a breath as he dives into a double-timed flow in his verses about how far he’s come.

Rising Seattle artist Highway is making waves with his new single, “Count Fast Island.” Over the past few years, he’s also produced for the likes of Chief Keef and Duwap Kaine and has been expanding into a sound that’s decidedly different from the rest of the Pacific Northwest rap world. The BassKids-produced “Count Fast Island” builds around somber piano flourishes and a Detroit-inspired drum pattern, as Highway raps about taking flights and smoking on private planes with the pilot.

Day-one Young Thug fans will recognize Unfoonk’s name from his younger brother’s “Free Unfoonk” callouts on early mixtape songs like “Eat U Alive.” Since his release from jail in 2019, Unfoonk has taken his time building up a rap career, showing up for a standout feature on “Real” from Slime Language 2. His recent project, My Struggle, is a chronicle of his trials and tribulations. On “Temperature,” he raps about still getting daily calls from jail and making good on promises to his loved ones. There’s a world-weary hunger to Unfoonk’s songs.

Following up 2020 singles like “Complex” and “Don’t Play With It,” NYC-via-Savannah artist Quanna has returned with “Hybrid,” a hard-hitting track that shows her lyrical dexterity. Over a moody Popstar Benny beat, Quanna switches flows and cadences, addressing the jealous and the thirsty. “It ain’t my fault that you was sleeping/Now you turn into a creeper, fake pages just to peep her,” she raps on the first verse.

Cico P’s rap career exploded this year with the TikTok-led virality of “Tampa”—or, more specifically, the opening line of his second verse. It’s a great song but, beyond his viral rise, the Texas rapper has proven he has more to offer with his recent project, NawfJaxx. On “Survivor,” he again showcases his hook-writing ability, raps about his neighborhood status, and recruits Yella Beezy for a guest spot.

Improbably, some of the strangest music I’ve heard this year has gone viral on TikTok. But maybe it shouldn’t be a surprise that Big Music Tech, and the way it seems to flatten out any outsider internet scenes, has pulled from Luci4. Formally known as both Axxturel and 4jay, the artist is a disciple of the sort of heavily distorted refractions of Memphis rap that SpaceGhostPurrp was making at the beginning of the decade. “Bodypartz” begins as claustrophobic chaos and gets slowed down into something much airier, every few moments of the 90-second song seeming like its own new world.

BoofPaxkMooky has been uploading his hazy raps over plugg-style beats to the internet for some years now. The North Carolina rapper recently joined forces with New Jersey producer GRiMM Doza. His laidback, melodic flow sounds like it’s moving impossibly fast over what sounds like ‘80s R&B samples on “Red.” He slurs his words around the bright synth notes as he raps, “Let that sink in for the pain/I’m in the deep end, let it rain.”

Surf Gang, a collective of rappers and producers based in NYC, has been taking the city by storm over the past year with their members’ varied sounds—at times both reflecting the cloudy melodies and bouncy drums of a rising group of internet rappers around the country as well as the skittering drill patterns found in their home base. Surf Gang Vol. 1, the group’s new compilation, showcases it all. On “Woah”—a collaboration between SG founder and producer Evilgiane and rapper Polo Perks— the ambient production leaves space for Polo Perk’s lilting flow and numbing ad-libs.

Toohda Band$, who recently signed with Philthy Rich’s FOD label, has a matter-of-fact way of talking his shit. On “2am,” a standout from his recent Flood The Streets project, he brings his nonchalant flow to an uptempo, piano-driven beat, serving up exquisite punchlines such as, “Orlando with them Ps, get ‘em gone like it’s magic.”