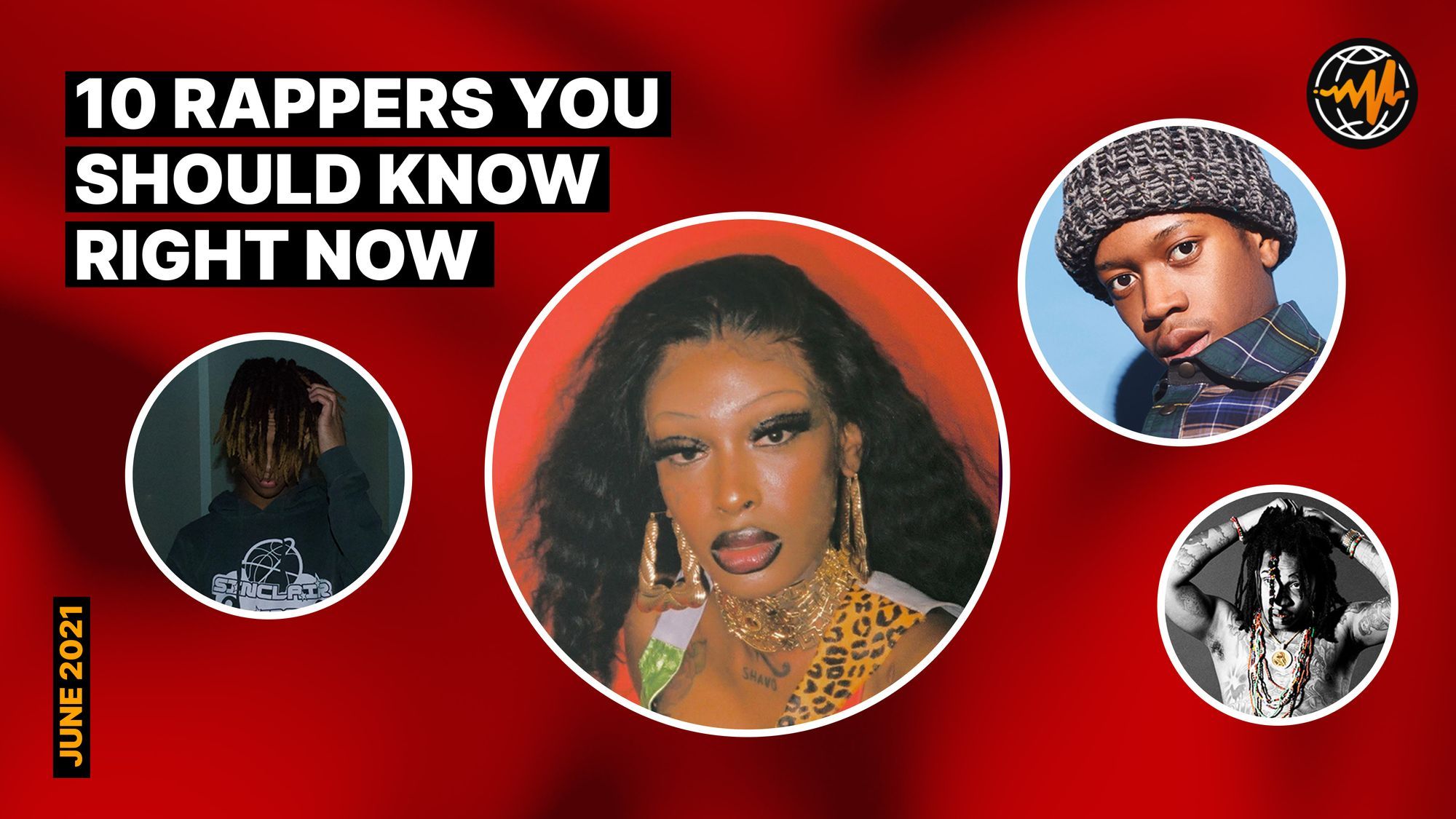 It’s not entirely clear why BbyAfricka named her new single after Young Thug, but the song, particularly its lilting hook, does have a playfulness that’s reminiscent of the Atlanta rapper’s early mixtape tracks. The Inglewood rapper brings a distinctly West Coast bounce to the song, adding on to her off-kilter melodies with equally entertaining punchlines; “I ain’t with the talking and the gossiping (you know I don’t play that)/ I ain’t Oprah and Gayle,” she raps in the first verse.

Radamiz’s “Aromatherapy” is a meditation. Over cinematic and jazzy production, the Brooklyn rapper explains how he’s staying grounded even as the earth shifts around him, and he continues to move onwards and upwards. Radamiz radiates self-confidence on the song—throwing in lines about politicking with Kevin Durant and carrying around stacks of money in his hoodie—but though he’s come far, the point is all of that isn’t what makes him.

Over the last several years, a new generation of rappers on the internet has run with the plugg sound that rose mostly out of Atlanta’s underground in the mid-2010s and was soundtracked by the buoyant, video game-inspired beats from producers like MexikoDro and Stupidxool. KA$HDAMI, a DMV-by-way-of-Las Vegas rapper, is the latest to experiment with the ever-evolving sound. “Reparations!,” a standout from the 16-year-old’s recent epiphany project, clocks in at little more than a minute long. The song is a bite-sized example of the subgenre’s principal elements: the laid-back yet incisive punchlines and the distorted, wandering beat that provides a perfect contrast.

It seems like Memphis is constantly producing stars, and Lil Double 0 is the latest up-and-comer out of the city to start making some noise. Following his recent signing to Future’s Freebandz imprint, Lil Double 0 recently released Walk Down Gang, his debut project on the label. It mostly features Lil Double 0 in attack mode, rapping in the sort of aggressive, stuttered monotone that’s become his city’s calling card. Often, his beat selection is what makes him stand out; the muted minor-chord melody on “Ooh Okay” is a perfect backdrop for him to slip in clever lines like, “That boy toting a BB gun, give him the blues.”

Much of Deem Spencer’s catalog deals with the inner workings of love and romance. The Queens rapper’s 2019 project Pretty Face chronicled the undoing of a relationship, but his latest offering, “New Light,” is all about moving the moon and sun for his partner. Over a simple, dusty drum loop and piano chords, Spencer sings in an almost-whisper about setting the mood.

Rising Atlanta rapper Lil 1 DTE just released his self-titled debut on Epic Records and, though the project features guest spots from Playboi Carti and Future, one of its most notable highlights is the solo song “Choppa.” Over a bright and twinkling beat, Lil 1 DTE croons about the importance of bringing a weapon with him everywhere he goes, even when enjoying steak and lobster at Ruth’s Chris.

Lil Moe 6Blocka has risen out of Chicago’s always flourishing rap scene in the past year with aggressive anthems. His recent single “Nothin” maintains that same energy, but the production is an off-kilter change of pace. Over percussive samples that sound like they’ve been taken from Street Fighter, Lil Moe doubles down on his rapid-fire flow, riding the beat to dizzying effect.

kezia is versatile, often working in irresistible melody around vibe-heavy production and her nonchalant rapping. The Bay Area-via-Tanzania artist’s new project, claire, offers an impressive showcase of her songwriting and vocal skill, and “Portland” is its standout. Following a sultry hook, kezia brings a playful swagger to her flirtatious lines.

Big Homiie G is another standout from Memphis’ burgeoning scene. “Good Year,” a stellar recent single, is a straightforward banger. Big Homiie G uses the moody, ambient production to go in with his raspy delivery, rapping about his wins over the past year and clocking the hate that still stands in his way.

Oakland rapper Fredobagz routinely picks the most menacing beats he can find to send threats and tell stories. His songs are often short, but, like the recent “All Fax,” they always get their point across. The song is quick and to the point: Over a heavy bassline and active percussion, Fredo raps about how his enemies must be smoking laced weed and gives his more threatening lines a sobering specificity: “I ain’t wanna do it, but if I have to I’m gon’ chase him.”