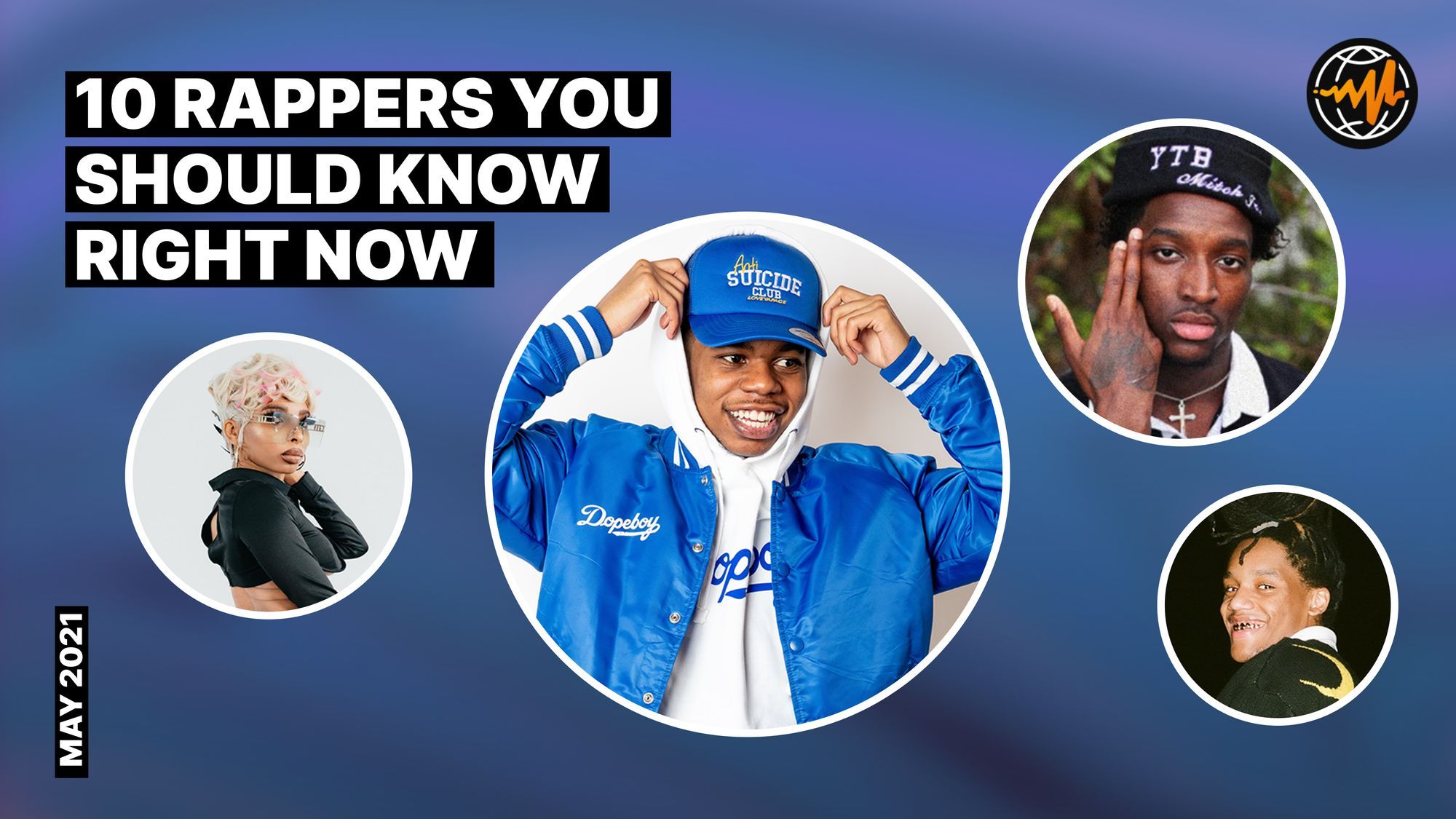 On Lil Poppa’s Blessed, I Guess, the stakes are always high. Over the course of the 15-song project, the Jacksonville crooner tells stories of the loved ones he lost and the loved ones he’s still working tirelessly to provide for. Yet, even songs like “Love & War,” which seems like a straightforward love song at first, aren’t free from a violent, anxiety-filled reality. After apologizing to his girl for being absent, he explains: “All these rookies know is shoot and they been killing up the innocent / And before that day come, girl, I don't wanna have you with me.”

Butch Dawson has long been at the forefront of Baltimore’s eclectic DIY rap scene, and his sound is as much informed by noisy punk as it is by free jazz. “Hummer,” his latest self-produced single, is sharp and jagged with dissonant melody sounds filtering in over a booming drum pattern. It’s the type of high-energy song that one could easily imagine a crowd moshing to in a packed, sweaty venue.

JetsonMade has provided production for chart-toppers like DaBaby and Jack Harlow, but his bouncy, video game-inspired beats sound at home under the melodic delivery of rising Augusta rapper Rot Ken. “Baby Choppa,” Ken’s breakout song, is also co-produced by a group of other names from Jetson’s Boy Meets Space collective, and Ken’s slurred, plaintive lines fit perfectly in between the vocal sample and shimmering guitar melody.

Since releasing his debut album Welcome to Heaven last year, Texas artist HVN has been steadily gaining momentum. He’s been co-signed by many of the usual tastemaking suspects but, buzzy endorsements aside, the Houston rapper’s artistic sensibilities are clearly working. On “Draco,” HVN’s latest single, he brings a subtle, almost whispered flow to a beat that’s blunt and heavy.

Repurposing songs from yesteryear for a hit today is a formula that’s proving itself to be more and more effective as time goes on. But it’s always fun when the source material is a regional classic, like Yungstar’s “Knocking Pictures Off Da Wall,” which Houston rapper Monaleo flips for her trunk-rattling “Beating Down Yo Block.” On the new song, Monaleo raps skillfully, flipping the original into an anthem about beating up jealous foes in high school and passing men around.

Virginia rapper Young Crazy’s new Interstate 110 project features a high volume of Detroit-style beats, a testament to that city’s growing influence in the national rap landscape. It’s fitting, then, that the Norfolk artist recruited Detroit’s Icewear Vezzo for “Shell Jumping,” a single from the recent tape. The two rappers trade verses over an ominous beat, as Young Crazy describes leaving the club and moving the party to the gas station parking lot.

After a couple of strong features on Slime Language 2, YTB Trench followed up those impressive guest verses with a solo single of his own. The YSL signee’s high vocal register immediately stands out on “F.O.F.G.,” an acronym that stands for “Fuck the Opps and Free the Guys.” Built around introspective chords, the song showcases Trench’s songwriting chops and hints at the exciting potential for the Cincinnati rapper.

Sampling 2000s pop and R&B mainstays has become a cheat code for rap virality. The formula has developed: juxtaposing the soft and familiar with the hard and menacing is a winning formula. YTK’s “Let It Off,” the latest addition to this canon, reworks Mariah Carey’s “Shake It Off” into an incredibly catchy threat. Predictably, the song quickly went viral, even finding its way to Ms. Carey herself, who issued her own, more lighthearted threat.

The beat for Bang Bang’s “Catch A Body” rides off a laid-back horn sample; it sounds like something that would have been at home on Wiz and Curren$y’s How Fly. The Philly rapper uses this palate to get off a few lifestyle bars—“Fell asleep in Gucci, but I woke up in a Hellcat”—and recruits EST Gee for an understated but memorable feature.

Hailing from Beaumont, just up the road from Pimp C and Bun B’s hometown of Port Arthur, Big Jade is quickly becoming one to watch in the region. Her project Pressure is an exciting debut, allowing Jade to showcase her dexterity across a variety of instrumentals. Standout “I Tell You What” reworks the Kanye West-produced instrumental from The Game’s “Dreams,” adding a distinctly Southern flow to the chopped-up soul sample.