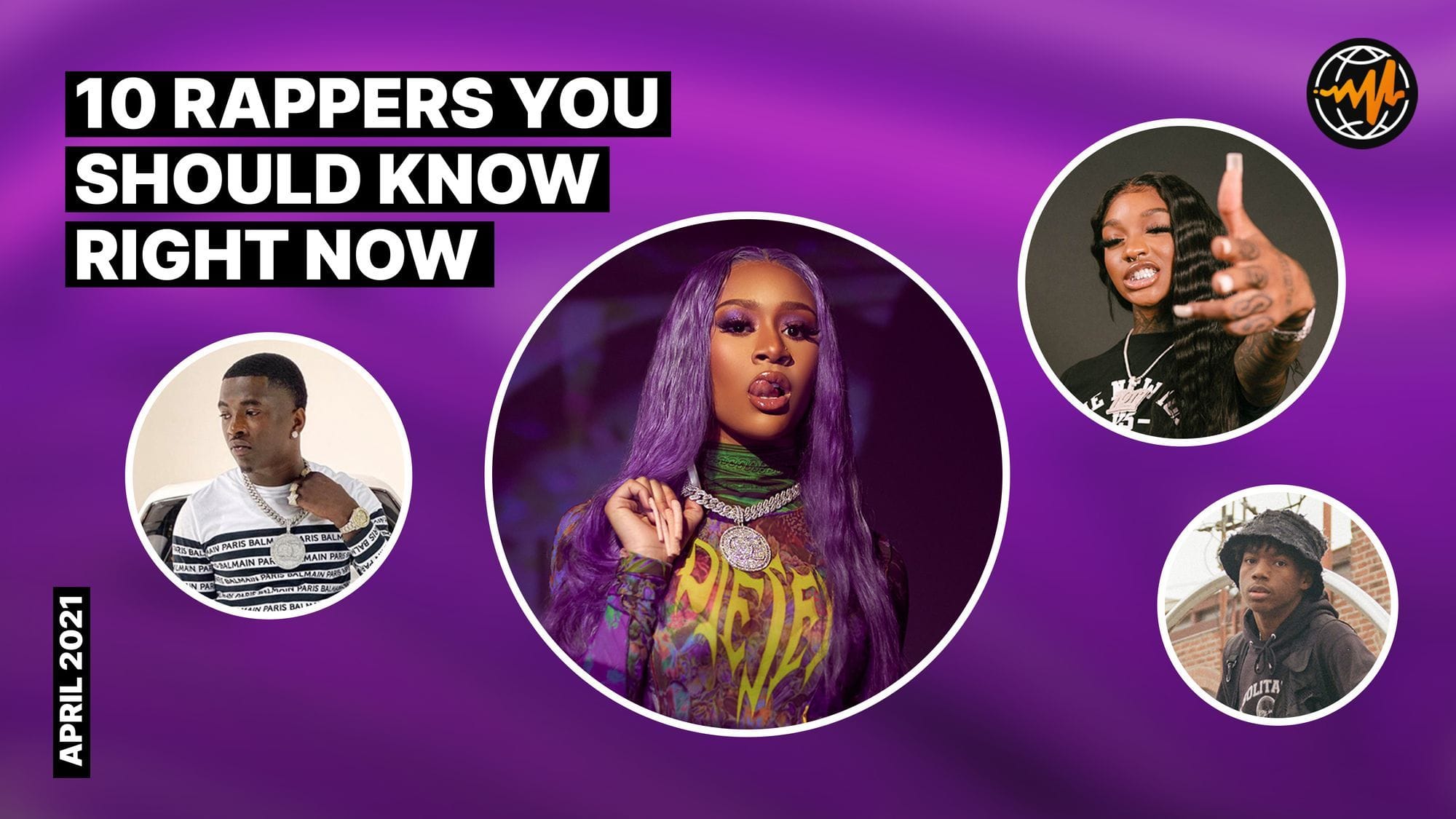 Even though he’s from Syracuse, NY, Scorey’s melodic take on rap feels like it’s in the lineage of Chicago crooner Lil Durk. It’s no surprise then that Polo G, a rapper who’s taken that melodic Chicago sound to new heights, signed Scorey to his Capalot Records label. “Dior You,” Scorey’s most recent single, is short but sweet, showcasing his penchant for catchy songwriting and emotive hooks.

Quality Control’s Bankroll Freddie seems like the next artist to get a major push from the label. After dropping his debut project, From Trap To Rap, in 2020, he recently returned with Big Bank, a project that casts the Arkansas rapper alongside big-name features like Gucci Mane and 2 Chainz. “Pop It,” his collaborative track with Megan Thee Stallion, looks more toward the radio than the more street-minded songs on the project. Still, Freddie delivers a catchy verse and hook over twinkling keyboard crescendos.

NR3—the North Philly group made up of rappers OT7 Quanny, NR Boor, and Lil Na—made a name for themselves over the past year with street anthems like “Who Shot Ya” and “Dead Rappers.” Each group member brings a different element to their collaborative songs, from Quanny’s understated bragging to Boor’s menacing punchlines, and they showcase this range on their new EP, Just For The Wait. On “Captions,” Quanny and Boor trade verses over a Detroit-influenced beat while bringing unmistakably Philly aggression to their bars.

Solowke, with his signature twangy delivery, was at the forefront of Milwaukee’s rap scene just as the city was starting to get online exposure a few years back, before getting locked up and serving 26 months in jail. His comeback track, “Outta Sight Outta Mind,” is a dramatic return to form: Solowke recounts his past troubles and experiences with cutting directness for two minutes before the beat drops, and he ups the ante.

Lil Kee, the youngest member of Lil Baby’s growing 4PF family, signed to the label after the Atlanta superstar heard his song “Hear Me Out,” an emotional track about lost friends and making it out of his circumstances. Since then, Kee’s songs have been slowly leaking online as fans await a full-length release. On “Fake Shit,” his first official single on 4PF, Kee brings his slurred delivery to a more uptempo track with an assist from labelmate 42 Dugg.

It might not be technically correct to call midwxst a rapper; he does rap, but he also sings and writes melodies that skew toward the stranger edges of pop music. “Trying,” a track from the 17-year-old artist’s recent SUMMER03 project, is a good distillation of what the Indiana artist does well. There’s catchy acoustics, distorted drops, and an urgent, dramatic flair that runs through each consecutive line as he sings, “Sticks and stones may break my bones / Don’t need friends, better off alone.”

After signing with Gucci Mane’s New 1017 Records last year, Enchanting has come into her own as an artist. Along with K Shiday, the Texas rapper has been making some of the most engaging music on the roster. “Want Sum,” her recent single, showcases her distinctly raspy flow, as she raps over the sinister instrumental, “I have your ho one-eyed like CC / Like Megan, I need me a big freak.”

Much of Bear1Boss’ music seems like a direct reference to a time in Atlanta when Rich Kidz and Travis Porter’s bubbly, interstellar take on rap ruled the city. His songs are focused on the futuristic, and he often delivers minimalist hooks and chants in a heavily affected voice that emphasizes his ad-libs. “Damn Fucc” is short but chaotic, as the sound of glass breaking and sirens punctuate the stuttered drum pattern and Bear’s percussive delivery.

South Central duo Paris Texas, made up of Louie Pastel and Felix, have only released three songs, but each builds on the brooding, lo-fi textures of the last. “Force Of Habit,” a new single from their upcoming Boy Anonymous project, brings a distinctly punk energy to the rappers’ deliveries, finding Louie and Felix rapping about the sometimes crushing monotony of life in between distorted guitars and driving bass.

QC continues their expansion into regions beyond the South with Lakeyah, a rapper from Milwaukee, WI who Pee found freestyling over JT’s “First Day Out” on Instagram. On “Easy,” her latest single, Lakeyah shows off her dexterity, rapping over an uptempo Detroit-type beat about doing all things with ease.