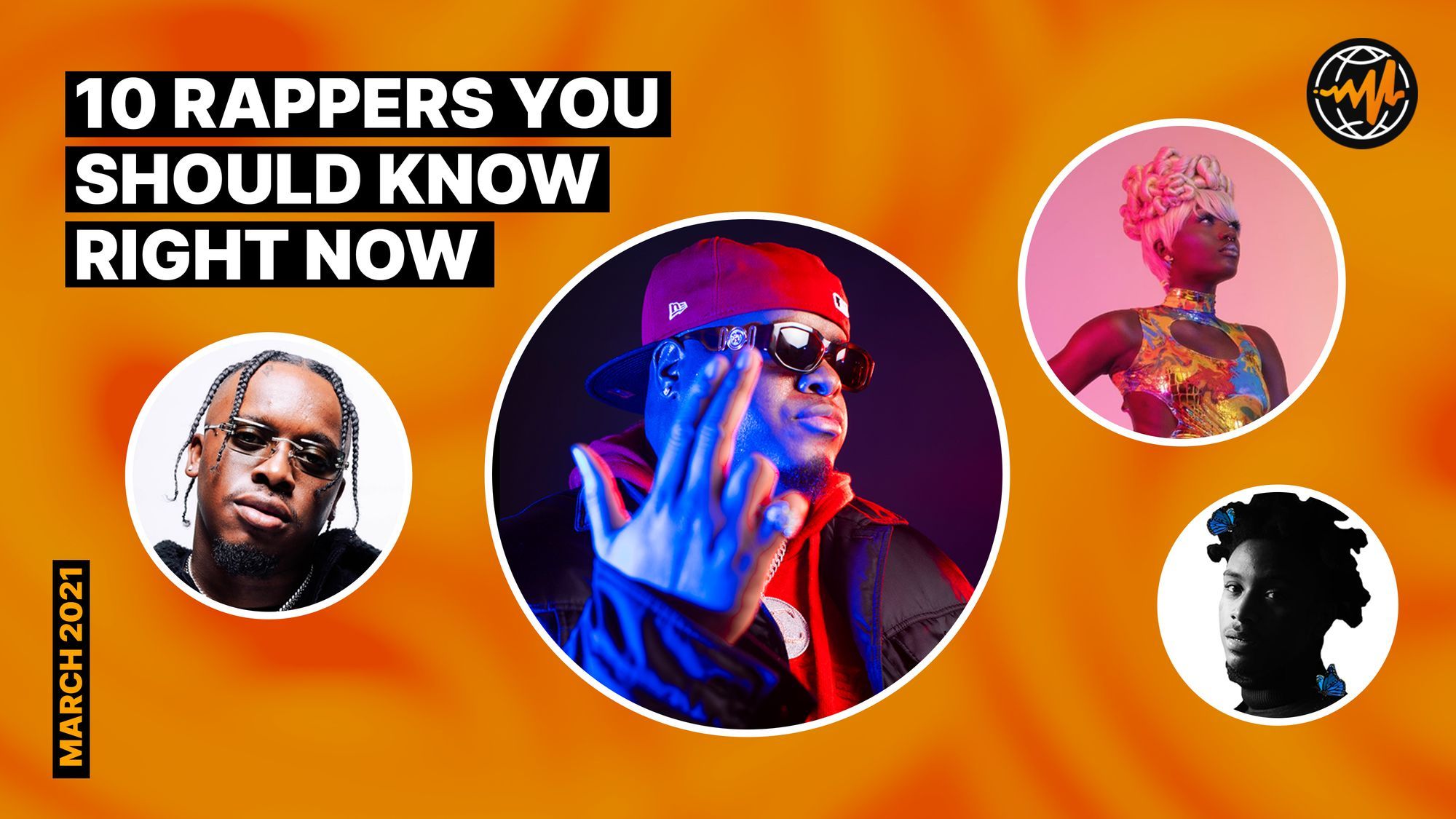 From the moment he bounced up in the video for “Crunk Ain’t Dead,” rejuvenated by the pounding beat, Duke Deuce has positioned himself as a Southern rap revivalist. But far from just a nostalgic act, Deuce is venturing forward, and, on his recent Duke Nukem project, he further fleshes out the connections between his hometown of Memphis and Atlanta. “SOLDIERS STEPPIN” borrows from Drama’s 1999 single “Left, Right, Left”—the song that launched the production career of Shawty Redd, himself a disciple of DJ Paul and Juicy J. In this way, everything comes full circle as Duke Deuce’s “What the fuuuuuck” ad-libs ricochet into Gen Z eardrums.

Remble asks the real questions: “Are you willing to die for those Christians? / Do you really feel fly in True Religion?” The LA rapper and Stinc Team affiliate often takes this sort of conversational tone in his songs. The effect is less about mimicking the run-on sentence raps of other recent Southern California rappers. Instead, it is more reminiscent of a tone that Mac Dre often took in his songs: bemused, explaining something that your dumb ass should already know.

I came across this song by IAMDOECHII in a viral video—one of those posts that’s like “she’s so fire” but then doesn’t tell you the name of the song. With a little digging, I was rewarded by “Yucky Blucky Fruitcake,” a minimal banger built around a cowbell and animated by the Tampa artist’s elastic flow.

Joony raps like he just woke up from a long weed nap, but the Silver Spring, Maryland artist brings an inconspicuous command of melody to some of his best songs. “Lifestyle,” just one standout on his excellent new Silent Battles album, is 90 seconds of mostly hook, and it's incredibly catchy. With his spaced-out delivery, Joony’s lines about making money and taking flights sound less like a motivational speaker’s call to action and more like incidental parts of living.

Detroit rap and orchestral instruments are a winning combination (see: “Wack Jumper”). Damedot’s “Balacananas,” a song named after Balenciaga’s chunky runners, is an extremely fun addition to this growing canon. Over a simple flute melody, the Detroit rapper goes crazy from the opening notes, a fast-paced anthem for driving at high speeds.

Blxst toes the line between R&B singer and rapper more effectively than almost anyone making music right now. On “Don’t Forget,” his baritone crooning is the perfect foil for Drakeo The Ruler’s understated, whispered threats. Here’s hoping that LA will produce even more rap and R&B crossovers in this distinctly West Coast vein.

Orlando is often known for a slower, muddier sound within Florida, unlike the sped-up Miami and Broward jook traditions. But 454, a rapper hailing from the central Florida city, is clearly working from those fast-paced and pitched-up traditions, as evident on his breakout song, “Last Night.” On “Face Time,” another track from his 4 Real album, we hear the best of both worlds: a sped-up first half of the song, followed by a slowed ending.

GMO Stax has been a fast-rising recent addition to Detroit’s flourishing rap scene. As he prepares to deliver his upcoming Youngest Pit in America project, which will be executive produced by Detroit legend Helluva, Stax dropped off the sinister single “Need Help.” While some in Detroit and Flint have recently leaned into the more humorous aspects of their music, Stax is pure menacing reality, rapping over dark keys about stepping hard even when he didn’t have shoes.

Jdot Breezy became known in Florida for fast-paced, aggressive songs like “Tweak Shit.” But, on his recent project, The Creation, he opts to slow things down at multiple points and even moves into a more melodic lane. “Camera C” is a gripping combination of the two styles, as Jdot Breezy delivers the hook in a melodic lilt before raising his voice to hit the listener over the head with his verse.

Big Bratt’s breakout song, 2020’s “Rich Rollxn,” is raw; the 17-year-old Chattanooga rapper’s voice cracks as she raps about the recent death of a loved one and the idea of making others feel her pain. “Trap Traffic,” a collab with Birmingham rapper Li Heat, finds Bratt in slightly more refined territory, though her voice retains the same raw urgency. Over a typically bouncy Neeko Baby beat, she trades verses with Li Heat and slips into a melodic sing-song to brag: “Hood bitch, bad bitch / Wishin’ that you had me.”