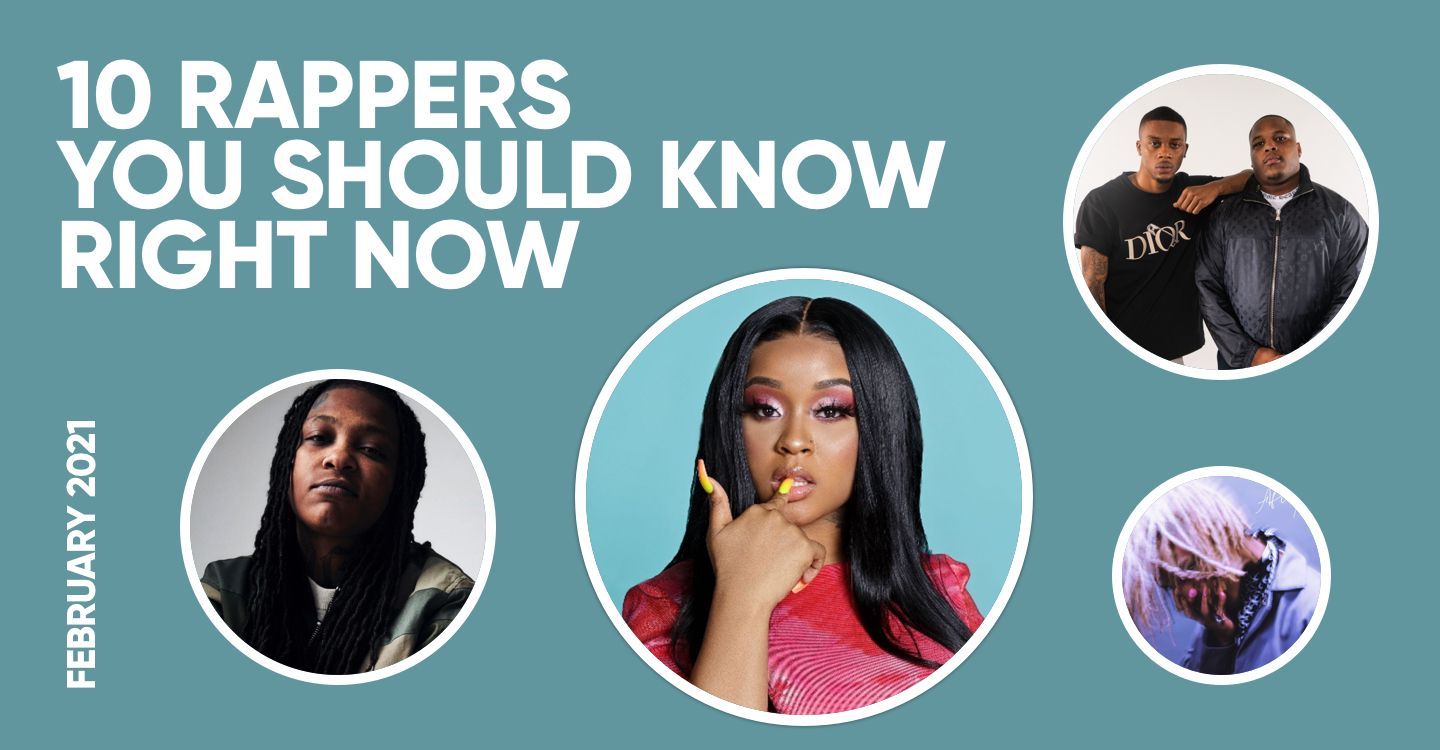 Nardo Wick’s “Who Want Smoke” sounds like a horror film. The song, and its underlying melody, has the spookiness of a John Carpenter score, as the Jacksonville rapper seems to reference Freddy Kreuger’s theme song on the track’s hook. Towards the end of “Who Want Smoke,” Nardo even adds in some theatrics, incorporating a stomping noise into the beat before letting the listener know that’s the sound of him stepping on the opposition.

It feels like SoFaygo is a name I’ve seen float around for a while, but his recent project, December’s After Me, is a more fully-formed sound than what I’d previously encountered. “Off The Map,” a standout from the tape, bears some sonic similarities to moments on Whole Lotta Red (though SoFaygo’s project came out about a week before). Still, he uses those familiar, buoyant synths to satisfying effect. “Chrome” and “Everyday” see him move into interesting and more original territory.

Muwop, along with Prince Dre, is part of the next generation of rappers coming out of the Parkway Gardens, or O-Block, area of Chicago. His sound is pretty straightforward and aggressive—he has more in common with G Herbo and the late King Von than he does with Chief Keef—and “Built Like That” is a perfect distillation of his hard-hitting delivery.

Stunna Girl rose to popularity through memes and social media challenges, and, as much as what pops can seem random, the Sacramento rapper seems built for it: an incredibly animated rapper with a cartoonishly high-pitched rap voice. “Still Smoke,” her recent single, is a wild combination of sounds; there’s the sample from the Beverly Hills Cop theme song, which was more recently retooled for the early internet meme tune by Crazy Frog, as well as the rapid-fire New Orleans bounce ad-libbing that open the song. Add in Stunna Girl’s exuberant rapping, and you have one of the more fun rap songs of the year so far.

HoneyKomb Brazy has been through a lot in the past several years, from prison stints to attempts on his life that left him in a coma. Still, despite the setbacks and close calls, he’s managed to become one of the preeminent voices in Alabama. Though Brazy references multiple rap legends in the song titles on his new project, 1067, it’s not really clear what exactly he’s getting from Gates on “Luka Brazy (Kevin Gates Flow).” He mostly goes through his own personal history on the song, rapping over Tay Keith’s swelling strings about shootouts and which friends would slide for him if he needed.

Philly’s Hood Tali, or GG as he was known until recently, seems to have made a name for himself mostly through beefing with other rappers in his city. He earned a controversial co-sign from Meek Mill at the end of last year for a song which he said was meant to mimic Philly rap group NR3’s “Outside.” Still, the music is now starting to overshadow the antics. “Red Light,” Hood Tali’s most recent release, is something fresh out of Philly, an original style complete with an unexpected but welcome beat switch toward the end of the song.

G.T. might not be the flashiest rapper in Detroit, but he’s always been solid and consistent. His latest track, “Chosen,” is a reflection of the sort of laid-back style that’s made him a favorite in Detroit and for those closely following the city’s rap output. The song features an uncharacteristically jazzy Detroit beat and some fun wordplay from G.T.: “I know a bunch of young thugs, and we they rich homies.”

SG ALI is from a part of Chicago that doesn’t exist anymore—at least not in the way it once did. The 22-year-old rapper grew up in Cabrini-Green, the North Side housing complex that had its high-rises demolished through a long process that was completed in 2011. The old buildings populate SG ALI’s new music video for “Drank On The Block,” as do the ghosts of those who aren’t there to witness her current ascendance. Still, she urges in the song’s opening lines, “Just take it one day at a time / Instead, waiting on my time, I make it mine.”

South Central crew BlueBucksClan has been an LA favorite for the last year or so, but with their new single, “Horace Grant,” the group seems to be gearing up for a big year of releases. The song finds the duo, DJ and Jeeezy, trading subtle but menacing bars back and forth over uptempo production, sneaking in lines that say a lot with little words, like, “Can’t bring no lame ‘round my bros, they might rob ‘em.”

R5 has been buzzing in Atlanta for some time (2019’s “Can’t Hang” was my introduction). He has the same sort of tenor voice that has become a staple of the city and makes for the sort of catchy melodic anthems that have made Atlanta such a rap powerhouse. Fresh off a shoutout on Playboi Carti’s “Stop Breathing,” he delivered his Everything For Sosa project last month, and “Cutter” is an immediate standout. On the song, he floats over double-timed hi-hats and sings about loyalty above all else.