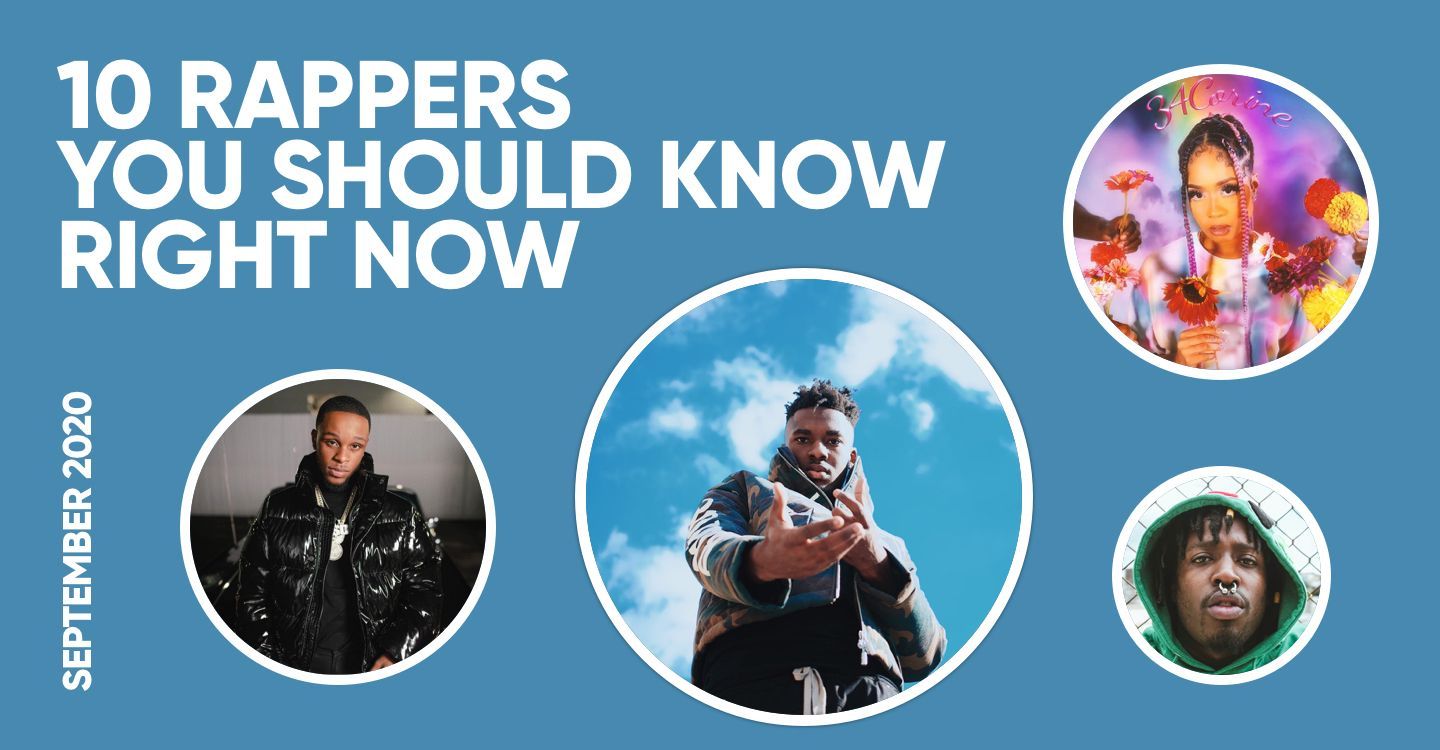 As a signee to South Coast Music Group, the label behind DaBaby’s meteoric rise, Toosii seems next in line to carry the torch for North Carolina. On his new project, Poetic Pain, Toosii makes a compelling case, packing a great deal of emotion into 17 songs. “Right Now,” a standout from the project, is an urgent sermon on how far Toosii’s come in a short time.

Beefing with Anthony Fantano over a negative review is one of the more 2020 ways to blow up, but, separate from that context, 16-year-old rapper redveil’s debut project is extremely impressive. The Maryland rapper fits in the same school as rappers like Earl Sweatshirt, MIKE, and Mavi, offering meditations on the world through his eyes over dusty loops and warped jazz samples.

North Carolina artist TiaCorine first made waves a couple of years back with “Lotto,” an irresistibly catchy song that showcased her unique voice and songwriting chops. The Winston-Salem rapper’s new project, 34Corine, features many such moments, but “Mine” stands out the most. On the Sonny Digital-produced track, Corine delivers a melodic lullaby about her will-breaking power.

Smoove’L has been the most prominent force behind Brooklyn drill’s move towards a more melodic sound. With songs like “Big Mad” and “New Apolos” becoming New York anthems last year, he’s started to move away from strictly drill beats, showing an unlimited potential beyond the regional sound. On “Chrome No Heart,” he adapts his melody and flow to the new pace with satisfying results.

ALLBLACK has been holding down the crown in Oakland for the last several years, establishing himself as the next in line to carry on its long history of gamed-up rap personalities. As he readies his next project, No Shame 3, he’s recruited Vallejo’s DaBoii and Detroit’s Cash Kidd for a grind-hard anthem where the three trade verses about popping Adderall and getting to the money.

Baton Rouge has been one of the most productive rap scenes for the past several years, and it seems like there are constantly new waves of talent coming from the city. After his recent release from jail, Lit Yoshi has come out swinging with “Out My Top,” a declaration of dominance to anyone who would stand in the way of his rise.

Lil Gray has been one of the most creative rappers coming out of the crowded DMV scene. Consistently working with producers Sparkheem and Spizzledoe, he’s created a unique sound in the midst of a lot of sameness, sneaking in clever wordplay over what’s become a signature bounce. On his latest release, “Red Dead,” Gray showcases his understated delivery over sinister piano notes.

Over the last two years, Alabama’s rap scene has flourished, becoming known for melodic stylists like NoCap and Rylo Rodriguez. But, more recently, an even newer wave has established a more hard-hitting sound, and Rubberband OG’s “Bitch I’m Lit” serves as a perfect addition. He rides a layered production on the song, getting loose over a beat that inspires shoulder movement.

Though a recent arrest has stalled his promising rise, Jacksonville rapper Ksoo had been on a hot streak in 2020, releasing big song after big song. His most recent, “Been Dead,” takes from Baton Rouge-style bounce, as Ksoo raps offhandedly about money on his head, escaping death, and blowing up in spite of it all.

Jaah SLT brings carefree energy to his music. The Charlotte rapper first garnered attention with his 2019 single, “Tuff,” and has since continued to push his uninhibited sound forward. While he’s become known for his more turnt up songs, Jaah SLT’s latest tape finds him bringing his off-the-cuff flow to a series of more laid back productions. On “What We Do,” he coasts over an airy vocal sample and delves more into his melodic bag.