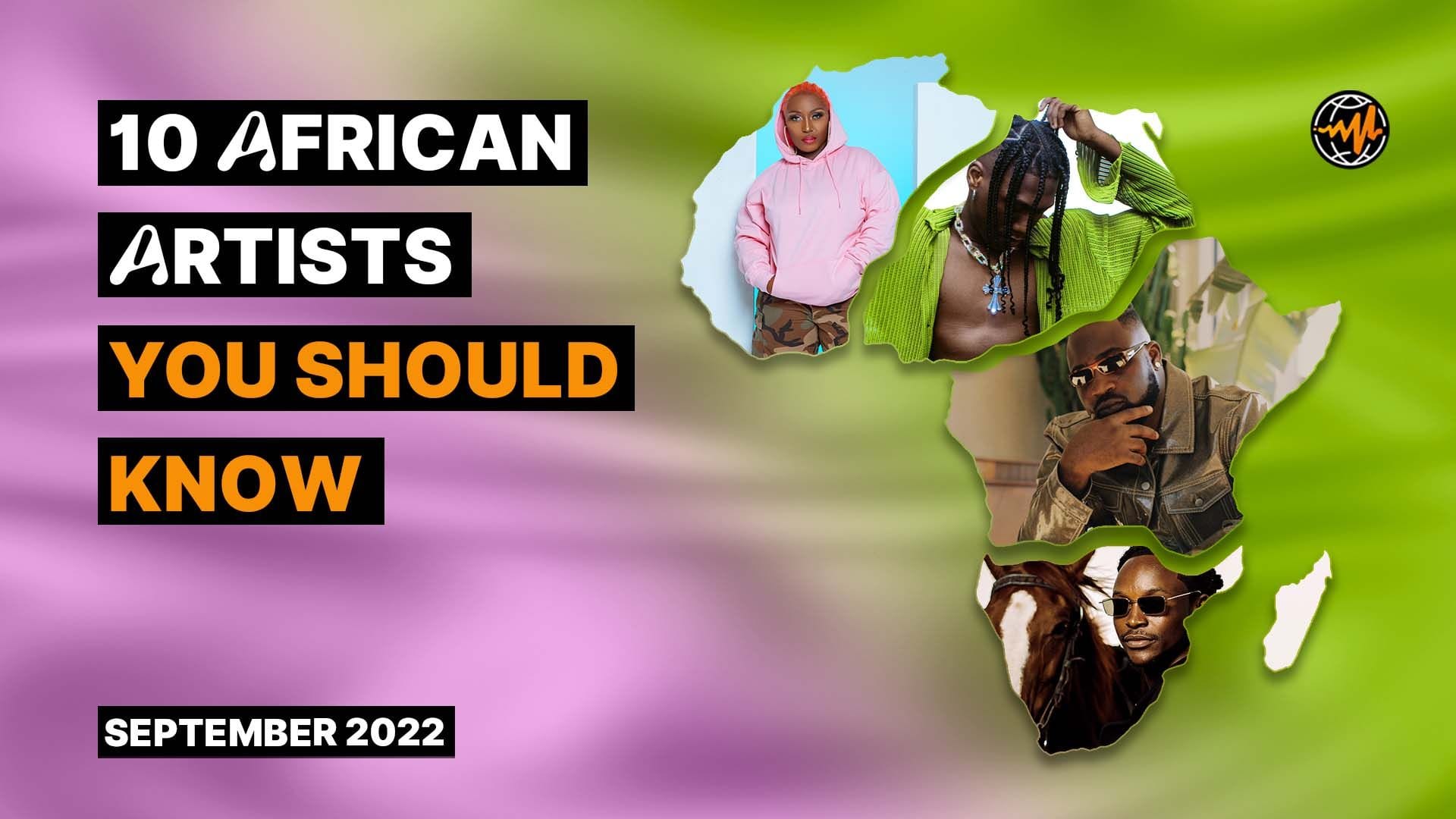 Eighteen years in the game, Barnaba is one of the most celebrated artists in Tanzania’s Bongo Flava scene. Music piqued his interest in the late ‘90s when he would take to the streets, churches, and school halls to perform in front of an audience. In 2004, he formally started his career and has released four albums to date. Love Sounds Different, his latest album, is a journey through the motions of love, accompanied by a star-studded list of guest features from Diamond Platnumz, Nandy, Jux, and more.

Benjamin Menelik George, formally known as Drizilik, has written raps in Krio and English since childhood. His music is guided by Salone culture, and his desire to represent Sierra Leone and its youth. He came into the limelight following “This is Sierra Leone,” his 2018 cover of Childish Gambino’s “This is America.” Drizilik’s latest album Ashobi mixes influences of dancehall, UK drill, Brazilian Baile funk, and Afrobeats. On “Popular,” he raps about dealing with the downsides of fame and acclaim.

Blaq Jerzee linked up with British singer Jaz Karis to deliver silky Afrobeats on “Dangerous.” The artist has produced music for Nigerian heavyweights Wizkid, Tiwa Savage, Burna Boy, and more. His career as a recording artist took off in December 2019 after the release of “Blow” with Wizkid. Since then, Blaq Jerzee has been gradually finding his footing as an artist with several staple songs like “Right Here,” “BAGS,” “One Leg Up” and “Falling For U.”

Liveto Santo Akoon, AKA Iduzeer, fled his home of South Sudan to Egypt as a child and assimilated into a culture completely new to him. The Khartoum native shuffled between Kenya and South Sudan in a turbulent adolescence that sparked the desire for creative expression through music. Iduzeer best describes his music as dark trap mixed with hip-hop. On “Kimo,” Iduzeer paints a precise picture of his best friend’s murder in Egypt, with an assist from 10 African Artists You Should Know alum BURUKLYN BOYZ.

Wanjiku Kimani, popularly known as Femi One, made a break in the Kenyan rap scene through her 2020 single “Utawezana.” Her May 2021 debut album Greatness displayed her thought-provoking lyricism, vivid punchlines, and comedic nuances mixed with popular Nairobi street lingo ‘Sheng.’ The Anthemic “Tunaweza,” which translates to “We Can” in Kiswahili, is Femi One’s latest drop that preaches love for her country with a motivating message to Kenyans to overcome common struggles.

Runda received his first dose of recognition in September 2020 via his collaboration with DJ Neptune on “Bembe.” The next—and more substantial—dose came the following year with his cover of Nigerian superstar Davido’s hit “Jowo.” With distinctly melodic vocals, Runda navigates around the adoration of women in his life through his music. March’s “Good Girl” is Runda’s most recent release, where he discovers a romantic interest anew on a relaxing Afrobeats track.

Country Wizzy has been in the corridors of Tanzanian music for over a decade. Starting from the streets of Dar es Salaam, he was signed to Tanzanian superstar Harmonize’s label Konde Music Worldwide in 2019. He released his debut album Yule Boy the same year, and fed his new fans with another project in 2020, The Father, which was his last project with the label. In 2021, he went independent to establish himself on his own terms. On “YOU,” CountryWizzy raps and sings about a love lost to an unfaithful partner.

Eno Barony sits high on the totem pole of the Ghanaian rap scene by way of hard-hitting bars and a consistent will to win. Born and raised in Tema, Eno Barony began building a buzz following reactions to her remix of Ghanaian rapper Joey B’s popular 2014 hit “Tonga.” Her two albums are carefully constructed conceptual bodies: Yaa Asantewaa pays homage to a Ghanaian queen, while Ladies First features a women-only guest list to champion their voices. On “The Finish Line,” Eno Barony assertively proclaims her dominance in English, Twi, and Ga raps with 10 African Artists You Should Know alum Amerado.

Bebe Cool started his career in Nairobi in 1997 but moved back home to Uganda after a few years. He was first known for his reggae group East African Bashment Crew, which he started with Kenyan duo Necessary Noize, and typically sings reggae and dancehall fusions in Luganda, Swahili, and English. “Boss Lady” is him in signature form, praising a woman who is not easily swayed by his financial advances.

Ivorian-Beninese Mix Premier is one of the key figures in the contemporary Ivorian dance music genre Coupé-décalé. Born Emile Joël Sofonnou, Mix Premier discovered music and musical instruments during his time as part of a church choir growing up. He proceeded to build an illustrious career responsible for local hits like “Twerk,” “mal à la tête,” “Touche ici,” “Jahin Poto,” and has won multiple national and regional awards. In French, Mix Premier expresses disappointment in a previous partner on the focus track “Anti GOUMIN.”