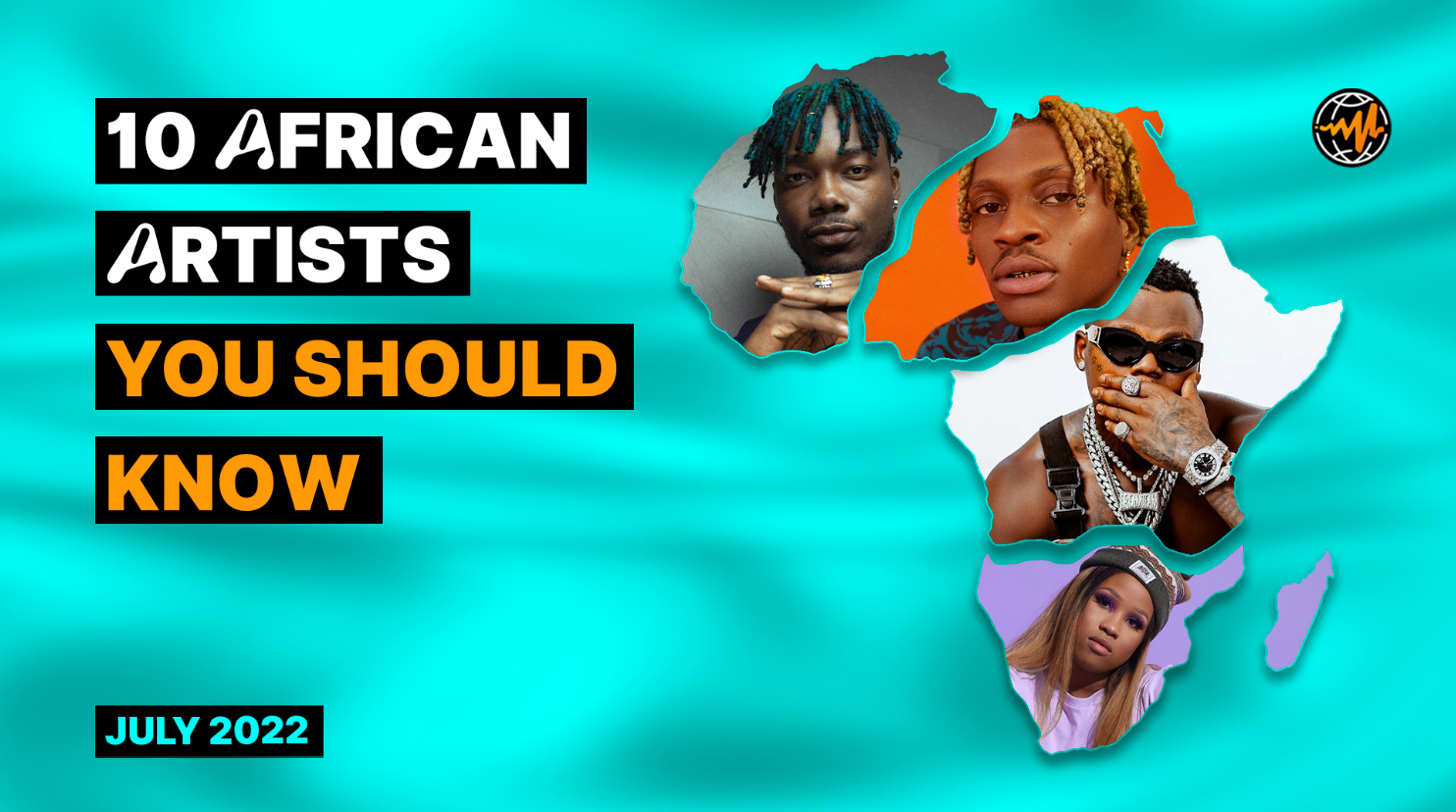 Bongo Flava artist Harmonize is unarguably one of the biggest stars in Tanzania. Since signing to Tanzanian superstar Diamond Platnumz’s label WCB Wasafi in 2015, he’s put out numerous successful releases including his debut “Aiyola,” “Kwa Ngwaru,” and “Kainama.” Harmonize went independent in 2019, and has released several projects including his debut album Afro East in March 2020, and his sophomore High School in November 2021. His latest drop “Deka” is a Bongo Flava song in which he adulates a romantic partner for her pleasing personality.

Camidoh is one of Ghana’s latest breakthrough artists. Steadily working through the Ghanaian scene since his introduction in 2018, his efforts paid off in December 2021 when his ear candy single “Sugarcane” tore through Ghanaian TikTok and set a path for a remix with Mayorkun, King Promise, and Darkoo that helped him break into charts across the continent.

The founders of Wakadinali, Scar Mkadinali and Domani Munga, are childhood friends who used music to bond and cope with their harsh realities in the Nairobi Eastlands. They formed a rap group in 2003 while in school, and were joined later by Sewer Sydaa to complete the trio. Wakadinali is currently the most-followed hip-hop group in Kenya. Their music tackles police brutality, corruption, and the daily hardship of urban life, and“Eye Contact” is about the street smarts they had to possess to thrive in their neighborhood.

In August 2019, Azawi walked into a record label’s office to sell a song she’d made but left the building as the newest signee to Swangz Avenue. The song, “Quinamino,” was released five months later, followed by her debut EP LO FIT in March 2020. Prior to music, Azawi danced and waited tables for a living before picking up songwriting as a hobby. She’s since matured into one of Uganda’s celebrated contemporary grass-to-grace stories. Her debut album, AFRICAN MUSIC, released this month, blends reggae and Afrobeats influences.

Rap in Nigeria’s capital city ofAbuja is exploding, and PsychoYP is at the forefront. The 24-year-old’s 2018 debut YPSZN mixed rap and alternative music, and the sequel a year later opened up listeners to the prospects of PsychoYP on Afrobeats songs. PsychoYP is known for his signature unbroken flows and his ability to rap-sing hooks. His latest drop “Bando Diaries” is an audio journal of the under-the-table activities that fill up his days.

Just over a year ago, Pabi Cooper’s dream was to become South Africa’s youngest soccer referee. Following the effects of lockdown restrictions on sporting events, she pivoted to dancing at small-scale events to earn a living. Soon after, she started making music to accompany her dance videos, and South Africans started to take note of her at the tail end of 2021. Her big co-sign came from 10 African Artists You Should Know alum Focalistic, and multi-Platinum singer Ch’cco, on the thumping Re-Upped Amapiano song “Banyana Ke Bafana.”

“Nioneshe” means “Show me your love” in Swahili. This song is Maua Sama’s latest bop, from her new album CINEMA. The Dar es Salaam native has been present in the Tanzanian music since 2012 when she released her first single, the reggae-infused “Mahaba Niue.” Maua Sama made headway in 2018 when her Bongo Flava effort “Iokote” dominated charts around East Africa and shot her to stardom. Thematically, Maua Sama’s music revolves around romance and relationships, stating her intent as an artist who is unafraid to express matters of the heart.

June Freedom grew up in the multicultural nation of Cape Verde, an island where African and Latin cultures coexist. From his time as a child star in his family-owned restaurant, he learned to sing in English, Portuguese, Spanish, and Kriolu. This blossomed into his current sound, which fuses Afrobeats, pop, reggae, Kizomba/Zouk, hip-hop, and alternative R&B. “Simplicity,” from the deluxe edition of his debut album Anchor Baby, carries a romantic air, as June professes love for his partner and expresses contentment in just doing the simple things.

African parents’ skepticism about their daughter’s suitors is an age-old tale. Takura’s “Haarore” represents this dynamic and bares this bias open. The “Shona Prince,” as he is widely referred to, uses his music to highlight the grievances of regular Zimbabweans and the challenges that face young men seeking a better life. Though hestarted his career as a rapper with his first two releases “MaObama” and “ZinO IRema,” he has since expanded his sound to includeAfrobeats, R&B, and dancehall.

Okkama is a relatively fresh face in Rwanda’s music scene. The 20-year-old born Ossama Masut Khalid was surrounded by diverse influences that cultivated his passion for music. His music balances secular and religious themes that resonate with all audiences. On “No,” Okkama narrates a story of a woman, amidst all her admirers, infatuated with only him, but he implores her patience because of his unpreparedness for a relationship.