“I became a better music listener by reading journalists.” 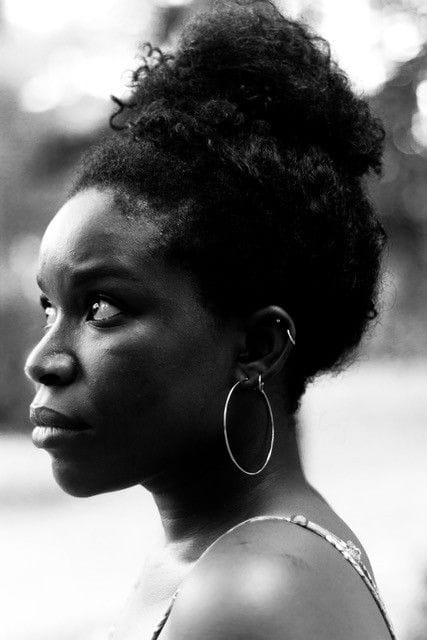 Audiomack is dedicated to moving music forward. While artists are a major part of the music industry, they aren’t the only people that make music happen. In conjunction with our photo essay interviews, we are proud to present our music writer interview series, where we speak with writers and editors who help move music forward by helping fans connect and thinking critically about music.

Of course, writers will also provide a playlist that captures their creative energy, and drop gems about beating creative blocks and inviting positive energy into their lives. Our inaugural interview is with I.S. Jones, managing editor of Dead End Hip Hop.

I.S. Jones is a queer American-Nigerian poet, educator, and music journalist from Southern California by way of New York. She is a Graduate Fellow with The Watering Hole, Callaloo, & BOAAT Writer’s Retreat. In 2016, she was nominated for a Pushcart Prize. She is the Assistant Editor at Voicemail Poetry and Chaparral as well as the Managing Editor of Dead End Hip Hop. Her works have appeared in The Offing, great weather for MEDIA, Anomalous Press, The Shade Journal, the Black Voices Series with Puerto Del Sol, in Nat.Brut’s Neuro-divergent women folio and elsewhere. She received her MFA in 2016.

When did you realize you had a deep passion for music?

I’ve always been a very particular music listener. When I first moved to New York, I had a New York playlist composed of 100 songs. I always liked the idea that music can paint or create an atmosphere. When I was getting my Master’s Degree in creative writing, when I moved to New York, I met a lot of rappers who I thought were really talented. I saw them not really getting a lot of attention from media outlets. I felt like, “If they’re not going to write about them, then I will!”

I already knew how to write. I hadn’t written music editorials before, but I knew how to write and I figured I could transfer what I already understood about writing into creating music editorials. I reached out to this platform called Upcoming Hip-Hop, and I told them “Hey, I’m a graduate student! Here’s some of my writing samples. I’ve never written about music before, but I feel like I would be pretty okay at it.” They were impressed with my writing samples, and I became a staff writer. A year later I became their first Editor-in-Chief, and the rest is history.

What about your passion writing?

Yeah, I was that weird little kid who would make notebooks to write in and I used to read the dictionary when I was a kid! [Laughs]. Yeah, I’ve been writing all my life! When I was a kid, I was kind of quiet — I’m still kind of quiet — but writing for me was the way I could interact with the world. Oftentimes I didn’t know how to translate what I wanted to say, but writing gave me the space to have the time in which to do so. I’ve been writing all my life, but I started taking it seriously when I was in undergrad and I was majoring to be an English teacher at the time. Somewhere in my undergrad career, I figured “Me and this writing stuff, I guess we’re dying together.”

I don’t know how I could ever go without this again. That, for me, is the difference between a writer and someone who writes. It doesn’t matter where in the world you are, it doesn’t matter what in the world, there’s an urgency in you. A drive, a passion, a push to write whatever it is that you’re writing. You need to write. Even if you’re stressed out. Even if the world is scary, you still have that pull on you to write. That’s how I knew.

I wasn’t a poet first, I was a sci-fi writer actually… Somewhere along the line, the desire to make language stretch and move in elegant ways is what brought me to become a poet, and I think a lot of that I still put into my music writing. In my head, there’s not a lot of transition between music writing and writing poems.

What was the feeling of first realizing you could merge your loves for music and writing?

This happened to me more recently, when I became managing editor of Dead End Hip Hop, where I realized how impactful this work is. I’ve been doing it for a long time, and even when I first started writing, I got threats. All kinds of crazy emails: very angry, unnecessary emails. I kinda shook it off because people like to be mad for the sake of being mad sometimes. I think when I began to see the impact of this, is when I realized I could do this…

To answer your question more specifically, I think something in my brain realized I could put these two things together and it would make sense. I think in order to appreciate music, we need to be able to critically analyze what it’s doing in the world, how it creates culture, how it interacts with culture, and I think writing is the gateway in which to do that accurately. And I just got a lot of opinions in my head [laughs] so people gotta listen to ‘em!

When you hit a creative block, what’s your go-to to get back into a flow?

I had this argument with a colleague of mine about how writer’s block doesn’t exist. It might be something… You can literally write. There’s nothing physically stopping you from writing, but there might be some internal things going on that may make you pump the breaks on writing. For me, it’s self-doubt. Sometimes, I’ll just be like “Uhm, I’m not that good. I don’t wanna do this; I’m scared. Everyone’s gonna drag me on Twitter, or whatever.” The block, then, is not “I cannot write,” the block is I’m allowing other people’s opinions to stop me from writing.

My way of getting around that is, I’ll take a beat and read. I bounce ideas off my friends a lot, we’ll just sit up until two in the morning talking about music, or we’ll wait for a midnight release to happen and we’ll play that music. I talk with my staff writers. Sometimes I have to clear my palette of hip-hop, so I’ll listen to other things. I love listening to classical music when I’m writing.

Looking at your creative energy playlist, what thread were you drawing from song to song?

I named the playlist “Braid Into Braid.” It’s supposed to symbolize a kind of labor with the hands. I put a lot of lo-fi hip-hop on there. There’s something about Isaiah Rashad; he has a lot of deep pain in his soul. There’s also something about [“4 Da Squaw”] that makes me shift gears and get back into my work. I love the sensuality of Daniel Caesar… like an evening lit up by fireflies… I love H.E.R. because she reminds me of the nighttime, and I’m the most productive at night. I’m also convinced she can’t make a single bad song!

Gallant… I love his music, a lot. I mostly write poetry to some of his work. I like the way that his voice has these beautiful highs and the warble… I try to write the way he sings, if that makes sense?

I’m the kind of person where I can’t read if I don’t have music in the background and [lo-fi hip-hop] is the kind of music I need for reading… Then we go back into Janelle Monae and NAO and SZA, who are all my loves. Listening to their music is just empowering to me. “Did I” is actually one of the first songs I heard from Kehlani… The song gets me pumped about my work and to be by myself. And Latasha is incredible, incredible. Everyone should listen to her.

Big question: how essential are writers to the music industry?

I think that a playlist cannot replace a person. Curated playlists are great, they’re wonderful, it’s how a lot of people are introduced to new music and new artists. But I think we need someone who has a particular eye and a particular access to language that allows us to understand or challenge what we think is supposed to be the wave in music. And we have a lot of journalists change the way we approach music. I think that despite the fact that many publications want to pivot more towards video, I think the written word will never die.

I’m not just saying this because I’m a music journalist, I’m saying this because I became a better music listener by reading journalists. I became a more intentional music listener by reading journalists. My understanding of what made good music was challenged by journalists. My eye was opened as a result of that, and that was before I even got into writing it. As a music journalist, I want to continue this tradition of not only allowing people to see music through new lenses, but also challenge the music that they think is supposed to be at the forefront of the conversation.

Too long; didn’t read: the answer is very.