Exotic, mysterious, and one-of-a-kind is just the tip of the iceberg when describing this talented Indian-American singer-songwriter, Vinita. She is paving the way for the South Asian community by hanging up her stethoscope and picking up a microphone to break the mold. Raised by an Indian father and Singaporean mother, she grew up in Los Angeles. Her upbeat style of pop music and soulful sound are inspiring and resonates with a sense of originality and creativity that has won her recognition amongst notable DJs around the world. According to YouTube, her single “Going Under” was voted #17 most watched musician YouTube video in India, #3 in Sweden and #24 in Brazil. Vinita was also featured along with Jim Jones & The Game in MettaWorldPeace’s “Passion” Mixtape. More info www.iamvinita.com 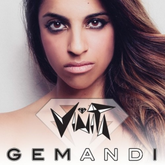 Vinita GEM AND I 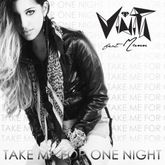 Vinita Take Me for One Night