Tyshawn from the streets of Ypsilanti, Michigan Southside of town. Tyshawn "Ty" Robertson has a very unique and raw talent that could help path the way for rap in Ypsilanti. Born October 5,1989 and he has two sisters. At the age of 20 Tyshawn started rapping with his friends Anthony "A.N.T" Brooks, Jamario "Money B" Browning and they did two mixtapes together What Does It Take Vol.1 & 2 and Vol. 2 never got released and they did three videos also. It wasn't long before he saw a opportunity to break into his solo career. July 2014 Tyshawn released his first solo video "Fresh as Fuck" and November 2014 his second visual "Blowed Out" off his New Mixtape Ypsi To LA releasing early 2015. Tyshawn's brings a different style of rapping to the Midwest and with that he's growing a buzz very fast. 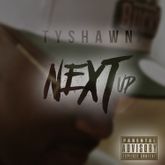 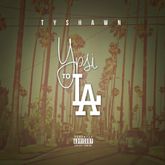