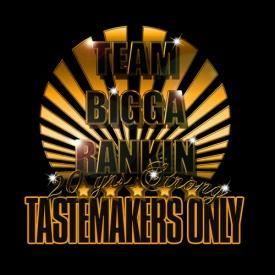 Atlanta. GA; Good Life Music Group's recording artist Frontstreet is back another club banger and this time around he links up with producer Mercy for his latest single "Gotta Bag." Mercy is the producer responsible for such hits as "What U Mean" by Dae Dae and "Watch This" by Future. After records such as "Really in the Trap", "I Wanna See", and the Yakki assisted "All About the Benjamins" kept him moving, he stays true to his sound on the latest release "Gotta Bag". "Gotta Bag" is the latest in street terminology used to let people know a person has money. Frontstreet uses "Gotta Bag" to also show love to his hometown of Westside Atlanta aka Bankhead. "Gotta Bag" is a record that brings a hype sound with hard-hitting lyrics that can get you hype in the car or in the club.

Foldgers (The Best Part of Wakin' Up)

RUN ME MY MONEY

Make It Out The Projectz 3.5 No Kut Hosted By Bigga Rankin