Versatile Los Angeles rapper TalentDisplay has a unique approach to hip hop that incorporates the influence of his home town of Brooklyn with the fresh sounds of his current west coast surroundings. TalentDisplay blasted on to the music scene in 2006 with his self-titled multi-lingual single. Since then he has worked with superstar artists Fredro Starr and Ca$his, collaborated on pop, rap and R & B tracks while working at Paramount and released several solo projects. In 2010, TalentDisplay released the Limited Edition Street Album "Between Scenarios." On the heals of his success with “Between Scenarios,” TD released “Purple Yellow (Lakers' Anthem)” a tribute to the L.A. Basketball team. The track became an instant classic and has been viewed by tens of thousands of people on YouTube. 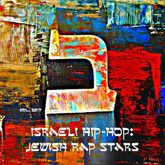