Prosper Germoh, a Cameroon Gospel Musician is an embodiment of Passion, talent, skill and professionalism known for Christian Rock. He hails from Bamessing, Cameroon, and is based in Douala, Cameroon with his family. He is an instrument of hope, blessing lives across the globe with heavenly decoded songs as evident in his two albums titled: “The Unlimited God 2017 and Hour Of Glory 2016”. Songs by Prosper Germoh include -Oui Tu Règnes -Exalt Him -Dance in the Holy Ghost (and a host of others) His exploits in music is one to commend. He was the winner of 'Super Gospel Award (2018)' and obtained a nomination at the GIA TV Gospel Awards (2019) and is the President of Douala Gospel Artists Union. He is currently studying for a Bachelors in Music in one of the Renown music schools In the United 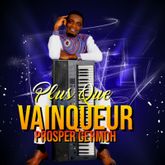 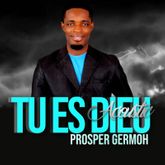