Born and raised in Coney Island, Olah Only is one of the most dynamic new artists to rise up in the New York City rap scene. Since dropping his debut single “Spray” in summer 2017, the 20-year-old rapper has delivered his 2018 EP Horror Heart and opened for Playboi Carti on the much-buzzed-about Die Lit tour. With his melodic flow and magnetic presence, Olah now makes his full-length debut with Monster in the Mirror—a feature-packed project including guest spots from such artists as OMB Peezy, Yung Mal, VII$N, and soWAYV (Olah’s cousin and frequent collaborator). Made with producers like Chubby El Hefe, JoJo Beats, and RonDon, Monster in the Mirror showcases the hard-hitting but melodic style that Olah first began developing as a little kid. “I grew up on a lot of R&B,” he notes. “My pops 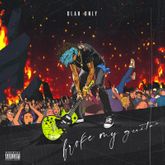 OLAH ONLY BROKE MY GUITAR 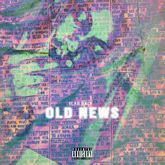 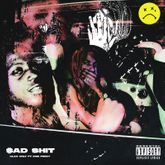