After many years of successfully performing on some of the biggest stages in the rock and metal world with his band Monument, Dan Baune decided to focus more in the area of music production forming Noise Foundry in early 2019. With years of experience in music production and other areas of the music business, the Noise Foundry team's goal is to help artists realise their vision and deliver recordings that capture real performances and the unique aspects of their art and at the same time produce a product that is commercially viable in today's global music landscape. Dan and his team have worked with world class engineers such as Roy Z (Bruce Dickinson), Tony Newton (Iron Maiden), Scott Atkins (Cradle Of Filth) Jacob Hansen (Volbeat), Dan Svanö (Rage) and Robert Venable (Megadeth). 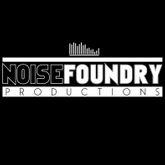