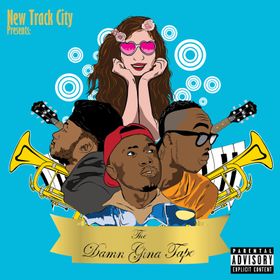 “The Damn Gina Tape” is a 13 track project featuring production from Conductor Williams (executive producer), Rasa Sono, Straight Edge Shay, ShoBeatz, and Pablo; all of whom create a soundbed filled with live instrumentation, thumping drums, and soulful vibes that bring out the best in the group. With influence from modern day stars like J. Cole and Jay-Z, to legendary groups like OutKast and A Tribe Called Quest, Bem and Chi deliver verses and hooks filled with unique cadence, wordplay, and lyrical themes that stick in the listener’s brain like a page turning book or gripping movie. While the title makes obvious reference to 90’s classic tv show “Martin”, it is actually inspired by the passing of a close friend to executive producer Williams in 2015.

New Track City has no other uploads.