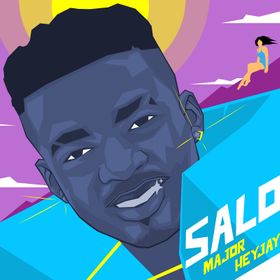 The Major of Afrobeats, Major Heyjay steps out with a captivating tune titled ‘Salo’. Produced by Steph, and mixed & mastered by Timijay, Salo serves as Major Heyjay’s first official single for the year, a follow up to his previous hit single “Original Love” Major Heyjay is set to use his talent and music to conquer so many regions and introduce these regions to the beautiful sound of his Afro Mix Genre which is a mixture of different sounds rooted in afrobeats. Keep your earphones plugged and enjoy this melodious jam.

Major AJ has no other uploads.