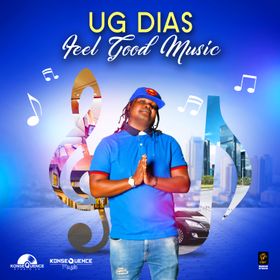 Konsequence Muzik Group is excited to announce new music by UG Dias and its release of the groovy track called "Feel Good Music" which is available today, May 7. The producer and artiste are discussing a video to be done soon and will be released at a later date for the single. "Feel Good Music" is distributed by Tuff Gong International and available on all digital platforms worldwide. UG Dias is an upcoming artiste from Konsequence Muzik Group who believes in the single and has a good feelings about the single produced by Tristmar Peart of Konsequence Muzik. "Feel Good Music" is a smooth R&B and hip-hop riddim that makes you want to groove as, what the artiste would say about the song, "you cruise down the highway." His song is one of motivation as he speaks to inspire across the g

Konsequence Muzik has no other uploads.

Strick, Muni Long, Ibraah, Highway, and Shoy all have albums you need this week....

These are the top artists, songs, and albums on Audiomack in June....

Listen to Highway’s “Next Weekend”: Re-Upped

The Seattle rapper takes risks on a new single....

Hosts Imani B. & Cree Recap Season One of ‘Hear Her Voice’

Our podcast hosts look back on the season finale....

“I Never Boxed Myself In”: An Interview With Vory

A label asked the artist to be the "Black Post Malone;" he chose to be himself instead....

This Pride month, we are standing by our ethos to support all creatives....