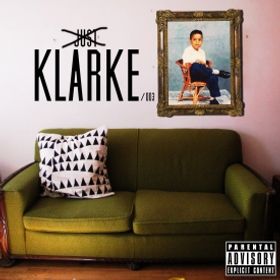 Executive Producer: Jim Hurdle The Album features production By Flip The Bird producer/recording artist Jim Hurdle, Critically Acclaimed producer Freddie Joachim, Mr. Carmack, Ric and Thadeus, Hip Knott Recording Artist Know: Juander. Entirely recorded mixed mastered and engineered in Hawaii Klarke is taking a step back to reflect on the man he has become in the last 29 years. 12 Songs Deep with everything from the Party Infused Track "PARTY" also in position to become the title song to Warner Bros Studios Project X sequel (see below) to introspective songs such as Loyalty, Get Ahead, Nightmares to the smoothness of songs such as Big Squeeze and Grind. It is sure to be an Auditory Perfection.

klarke has no other uploads.

Artist 101: How to Get Paid for Your Music

Let's talk about securing the bag....

Time for an Amapiano anthem....

The singer's new project is a lush sonic ecosystem....

The band's new EP is all about dancing through the chaos....

Kendrick Lamar, Becky G, Leikeli47, Obongjayar, and Skillibeng all have albums you need this week....

Johan Lenox Is Mastering the Form of Pop

After working with Kanye West, the composer is stepping into his pop era....