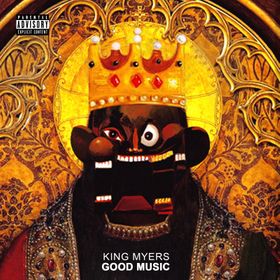 "Good Music" is a dope, strategic, hip-hop album by independent 22 yr old Long Island rapper King Myers. The album was promoted with a brilliant marketing scheme, which involved using propaganda. To cause controversy, King released an anti-Trump single titled "PROPAGANDA", & tricked the world into believing Kanye West produced it. This method caused King Myers to be mentioned by CNN, TMZ, Fox News, XXL Magazine, Complex Magazine, & many other major media publications. They all were forced to hear & tune in to good music, but most importantly a great message & a very successful play on the mainstream media!

King Myers has no other uploads.

“I’m Baring It All”: An Interview With Falz

The Nigerian rapper wants to be seen in a new light....

The British Afroswing collective performs a medley of hits....