Respect, Honor, and Loyalty are words that 23 year Jason Black lives by. Born in Brooklyn where many MC’s dream, but too few make it, Jason Black is certified focused. Known professionally as J-Black, he’s been an artist since the tender age of eleven. He left Brooklyn as a 13 year old and moved to Atlanta with his family. While living in Atlanta, he never lost his love for the craft. In fact, he recorded an album called “No Guilt in Life, No Fear in Death” in 2006 which sold 5,000 copies. With the experience and thrill of selling his music J-Black knew the next step was to be part of a strong team. When he returned to Brooklyn he continued honing his craft and connected with the Money Stacking G Music, Fashion, Education and Lifestyle Group. J-Black’s music does many things for many peopl 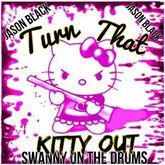 Jason Black Turn That Kitty Out 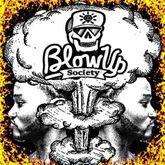