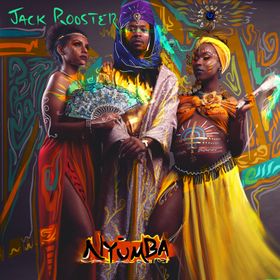 With NYUMBA the multi-talented Producer,DJ and Radio Personality Jack Rooster brings forth the World’s first purely Kenyan House Album that sets the pace for future similar works.The opening track defines the tone and introduces the artist via the iconic speech by Chuck Roberts originally penned in 1987. Jack delivers a thumpy club banger to kick off the album showcasing the African nightlife(“Afrika Disco”) and swiftly changes the tone to suave vibes (“Sports Car”) diving into love relations (“All In”,”Complicated”,”Castles”).Inspiration comes easy (“Siangalii Nyuma”) with a strong drive for unity in the House community(“House Movement”). (“Wamlambez”,”Rasta”) brings out Jack’s happy-go-lucky side.(“Dereva”) takes us back 25 years to when the original was composed,an iconic rendition that promises to stand the test of time.

JackRooster has no other uploads.