Hailing from the streets of Brooklyn New york, From the golden era of the hip hop hop ages J-mac is the epitome of real hip hop and the sound of eastcoast real rap.Influenced by the likes of the notorious b.i.g ,whodini, jay-z and 50 cent and all genres of music."Im just a student of the game". Being able to experience hip hop trough all the evolving stages J-mac had the chance to combine all eras but yet still remian true to his original sound which makes him unique.Due to minor setbacks, the streets wouldnt allow him to break tru and remained loyal to the underground circuit,But with a new buzz building back up and the lack of creativeness in the game, his time is approaching and the harder you work to get it is the longer you will have it! Destined for greatness,motivated by failure 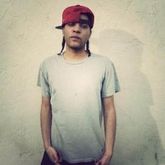 J-mac Heat of the night