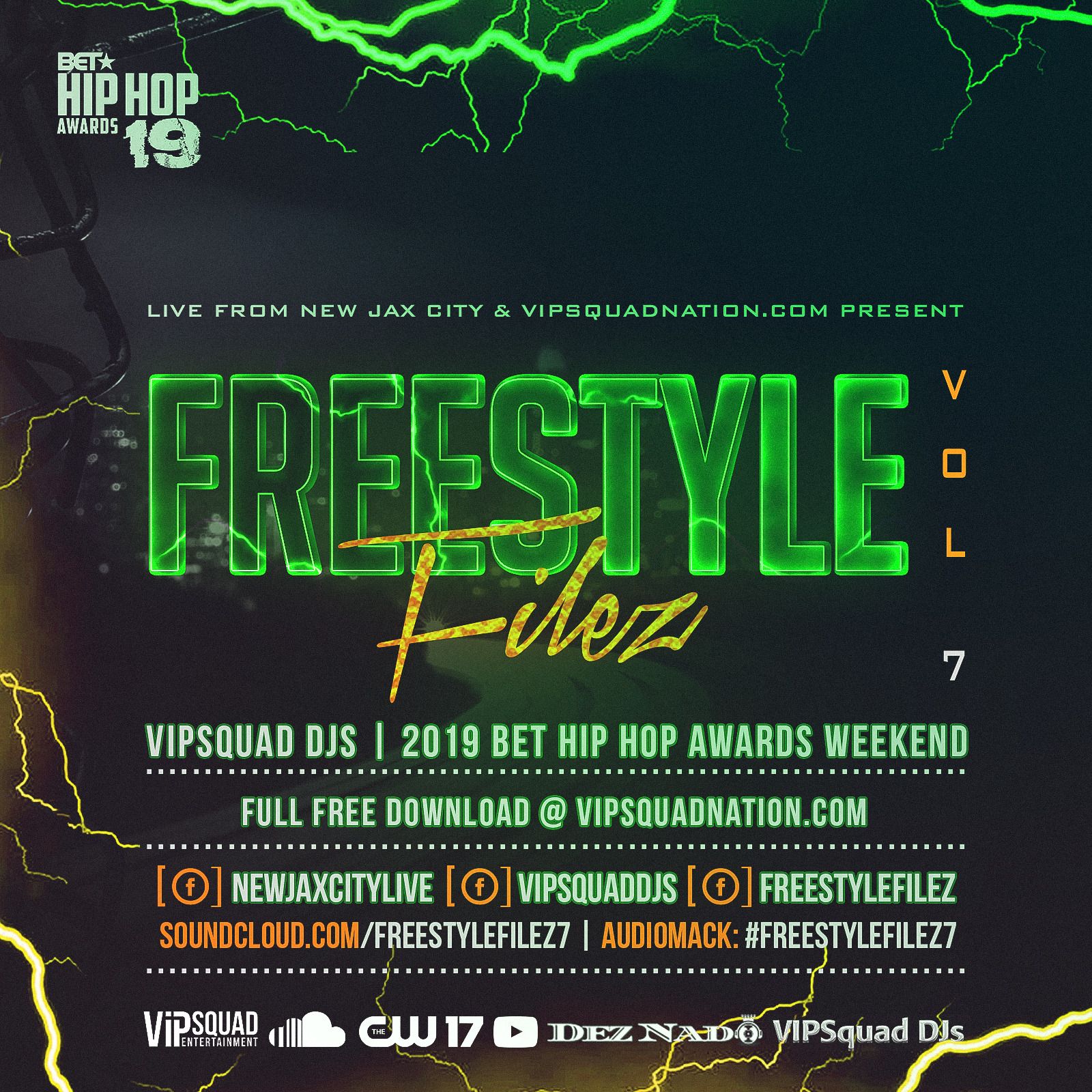 #FreestyleFilez7 the unofficial #BETHipHopAwards weekend mixtape upload starts Thurs Oct 3rd. Tracks will be uploaded daily until the night the Hip Hop Awards air on BET Tues Oct 8 | 8pm ET.. **This mash up contains an exclusive track from the upcoming album "LPYH SSNZ: 90s Tape" by @deznado for promotional use only. Follow Dez on instagram and/or Facebook for updates on upcoming showcase/networking/celebrity events. Pre-Sales for the album start on November 1 @ www.VIPSquadNation.com and the album is officially available on December 8th. Those who purchase a pre-sale album will instantly get the new single from the album and will receive the rest of the album immediately on release day 12/8/2019** Every September/October, the unofficial BET Hip Hop Awards Weekend mixtape hits #ATL (or wherever the Awards are; #Miami in 2018 and 2017) and features some of the HOTTEST indie & major bars, freestyles, cyphers, and conscious talent all on one tape -- like the page www.facebook.com/FreestyleFilez & be the first to DL/stream OR download the latest editions from VIPSquadNation.com in FULL for FREE -- Past editions can be found at www.VIPSquadNation.com --