#FreestyleFilez7 the unofficial #BETHipHopAwards weekend mixtape upload starts Thurs Oct 3rd. Tracks will be uploaded daily until the night the Hip Hop Awards air on BET Tues Oct 8 | 8pm ET.. The mixtape will include live audio taken straight from the RED CARPET at the Awards along with #BARZin60Seconds, a new freestyle/cypher style segment that will air on CW17 later this month as a part of LIVE from New Jax City's spin off: New Jax City Uncut -- Every September/October, the unofficial BET Hip Hop Awards Weekend mixtape hits #ATL (or wherever the Awards are; #Miami in 2018 and 2017) and features some of the HOTTEST indie & major bars, freestyles, cyphers, and conscious talent all on one tape -- like the page www.facebook.com/FreestyleFilez & be the first to DL/stream OR download thelatest 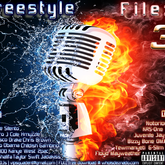