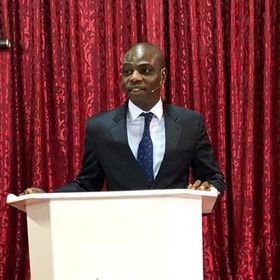 The masterpiece Bride preached by Pastor David Tshibambe on Sunday, 8 July 2018. Isaiah 53: 7-12 Matthew 12: 38-45 Romans 9: 30-33 106 His life matched all the peoples. It pleased God to smite Him. And, now, why did He smite Him? For the same cause He had to smite Adam. 107 Now we see Him stricken, smitten of God and afflicted, the perfect Lamb for sinner—sinners slain, a perfect Masterpiece. 108 Now, for nearly two thousand years, God has been again making Him a Masterpiece. Because, He struck Adam to get a ma-…a piece off of him, part of him, a rib to make a wife for him. And now that perfect Masterpiece that He struck at Calvary, He got a piece off of Him. It’s just the New Testament, that’s all. He fulfilled the Old Testament. Now it’s the New Testament, another piece to be fulfilled. See, the New and Old is husband and wife. See? And it taken the New to fore-…The Old to foreshow the New; Christ come, the Masterpiece, to fulfill that. Now His Bride will fulfill everything that’s in the New Testament. Another Masterpiece is in making. 109 As it taken Him four thousand years to make this Masterpiece; now He’s been, for nearly two thousand years making another Masterpiece, a