Dj Wulphe (wulphegangpuff or WGP) Raised out of the southside Bronx and now resident of Pennsylvania, began his passion for Dj'ing during his first year of college. what started out as a teenager with a ipod and a mediocre playlist has transformed into well rounded Dj/Producer, whether it is making beats, mixes or live performances Wulphe does it all. Pharrell Williams, Hans Zimmer and Porter House are among the many artist that influence Wulphe's style, but when it comes down to performances Hip hop, House and Dubstep are his steeze. Dj Wulphe has just released his first single "Don't Stop" in which he takes all listeners into the world of Wulphegang! 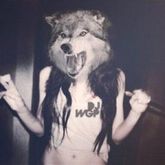