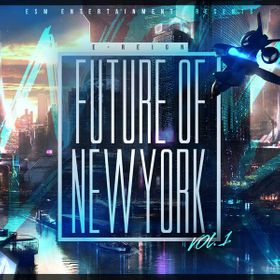 The future of hip-hop music in The Big Apple can be heard loud and clear within E-Reign’s latest mixtape, appropriately titled, The Future of New York Vol 1. E-Reign is also known as “Future of New York,” and has never been afraid to portray uplifting messages that contain meaning within his musings. This project is an NYC anthology of hard-hitting hip-hop with substance; it’s intelligent, poetic and poignant all at the same time. Don’t “Lose It All,” listen to the future of hip-hop in The Future of New York Vol. 1.

@DjSmokemixtapes has no other uploads.

The artist performs a solo version of his 2021 single over soulful keys....