DJ Mr. Phantastik (Rapper/DJ), was born & raised in Brooklyn NY, with strong Native American, Caribbean & Latin roots (Haiti & Cuba), developed his love for music that was passed down to him from his mother (who is a poet), & father (who was a DJ). DJ Mr. Phantastik has gone on to perform for Hot 97's Summer Jam Summer Stage Festival at GIANTS Stadium as a Battle MC form 2009-2011, and in 2012 DJ Mr. Phantastik won the Hot 97 MC Battle presented by Boost Mobile at Summer Jam, winning a single deal with Duck Down Records. You can find his mix tape Talk 2 The People on Datpiff.com as well as his !LL Mind produced "Show Stopper" on ITUNES plus "God For A Day" Produced By @Augustriche. He can be followed on Soundcloud, Twitter, Facebook, & Instagram @djmrphantastik 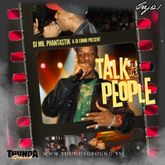 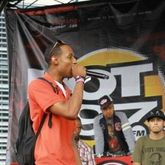