Darence Michael London (born April 27, 1986), who records under the alias Darence, is a Alton, IL recording artist and producer from the streets. He originally became known for freestyle battle rapping in high school at lunch, but also began to rise to stardom with the release of multiple mixtapes that began to generate hype for his future career as a rapper/singer, the most successful of these being the River City Ransom (Mixtape). After flooding his city with free copies of the mixtape, the streets could no longer deny his skills on the mic. Darence is currently recording, producing, and performing chasing his dreams. Pouring his heart out on stage, with every performance he feels he's voice of the streets. Coming from nothing working and grinding hard for everything, Darence represents 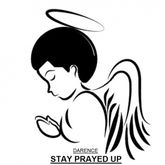